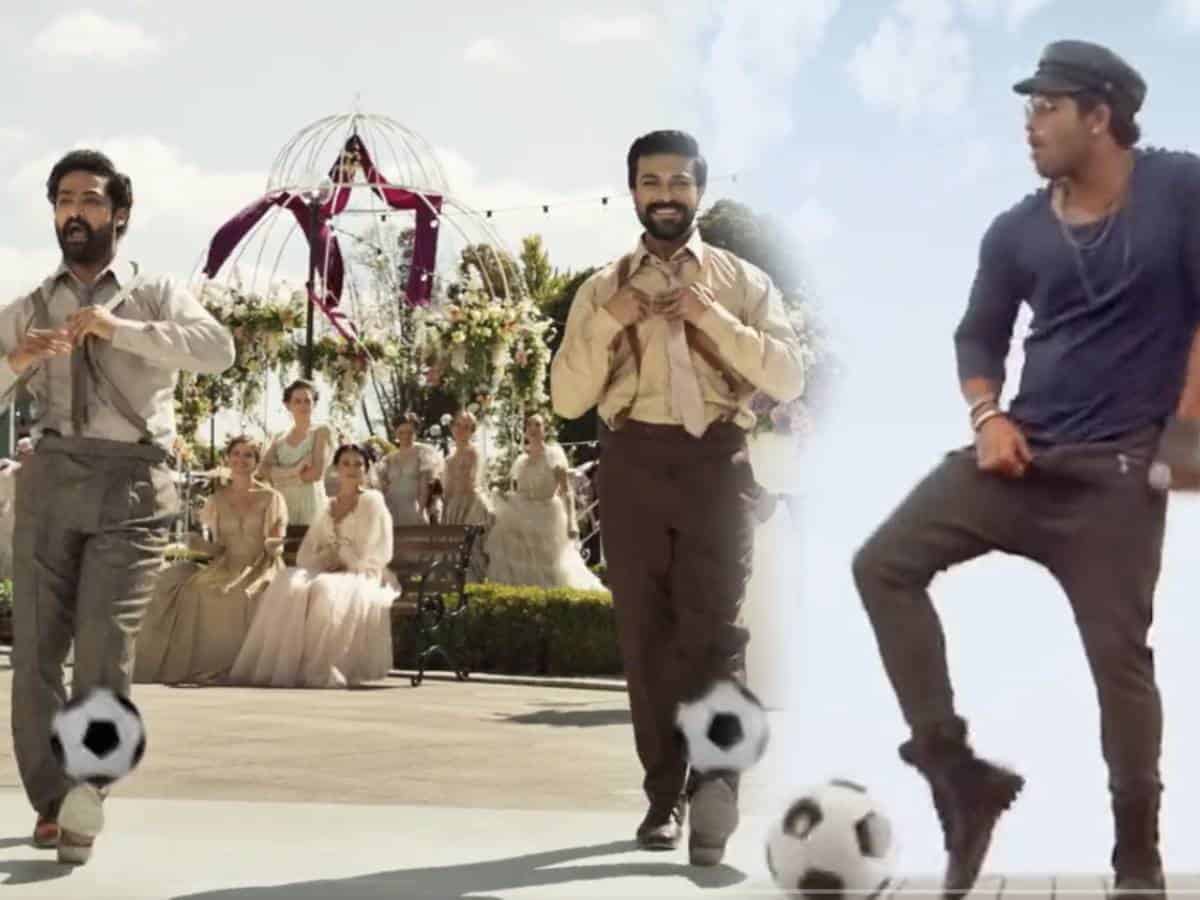 It’s not just noisy crowds, cheers, goals and fouls. Football adds more to its image. And imagine the euphoria on social media when Tollywood stars add flavour to this popular game.

A short video featuring pan-India stars Ram Charan and Jr NTR playing football has upped the mood of both football fans and ‘RRR’ fans. This apart, another short video of star Allu Arjun has surfaced on Twitter. Bunny is seen balancing football effortlessly while showcasing his dance moves.

The movies ‘RRR’ and ‘Pushpa’ are admired all over the world after being released in various languages. Ram Charan, Tarak and Allu Arjun undoubtedly became global stars with this cult image. These funny-yet-creative short videos tweaked from Telugu films are grabbing the eyeballs of netizens. Comments are being poured all over the globe for the videos.

Although the game comparatively has less fan base than cricket in India, a large section of football lovers in coastal States admire the game very much. FIFA World Cup 2022, which is being held in Qatar, is getting more intense every day with each game.