Rs 15L Delhi-London Bus Trip To Take Off Next Year 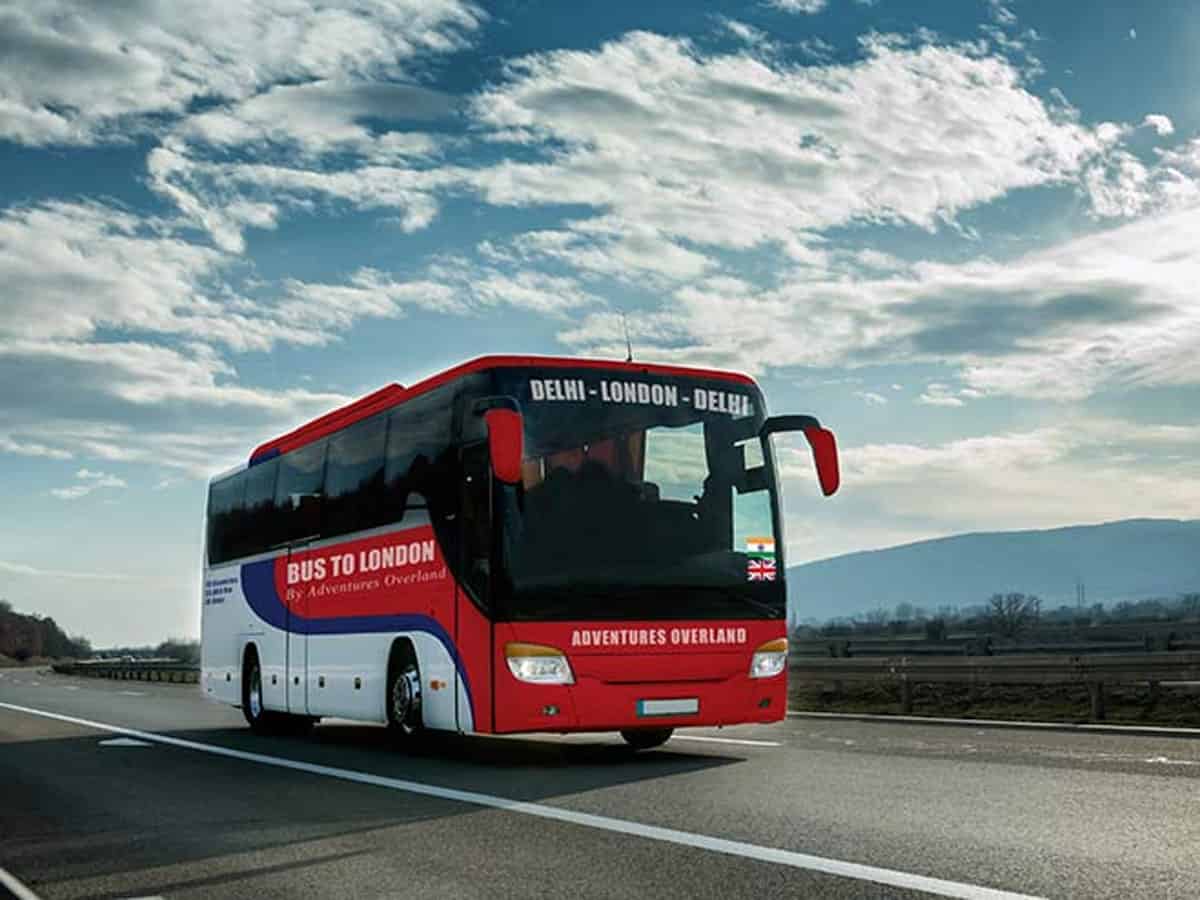 Coinciding with the 74th Independence Day, Adventures Overland announced the “most epic cross-continental bus journey in the world” which would take off in 2021. It will be the first ever hop-on/hop-off bus service between India and United Kingdom. The 20,000-km trip will pass through 18 countries to reach its destination in 70 days and the New Delhi-London bus journey would cost a whopping Rs 15 lakh.

The 20-seater bus, with all business class seats, is yet to be built and the passengers need not worry about the visa paper as the company said it will make all arrangements.

One other facility is that any traveler wishing to get down in any of the countries en route can do so at his/her convenience. The trip will be divided into four categories and passengers can choose different destinations. The cost will be calculated based on the traveler choice.

Adventures Overland co-founder Tushar Agarwal said that the trip was planned after a lot of people passionate about traveling expressed their wish for a road trip to London.

“The first bus to London may likely be flagged off in May, 2021. We have not started the registrations due to Covid-19. Registrations will start once we take stock of the Coronavirus situation in all the countries,” he said.

The company will also take care of facilities like stay in 4-star or 5-star hotels.

Though the cost sounds exorbitant, the journey traversing through various countries would certainly be worth it as the passengers would get an opportunity to view the culture and tradition of all the nations en route.

Now, this reminds us of the London-Calcutta-London bus tour which took place some 60 years back.

In 1957, a trip was organised by Oswald-Joseph Garrow-Fisher, in a bus named The Indiaman, which he owned and drove. Large merchant ships used for trading between Europe and southern Asia from 16th to 19th century were called The Indiaman).

This bus began its journey with 20 passengers on board among whom seven passengers (two women and five men) returned to London, thus completing the round trip.

The bus departed from London on April 15, 1957. Tickets were priced at £85 for the London to Calcutta section and £65 for the return journey.

It traveled through France, Italy, Yugoslavia (as it was then known as), Bulgaria, Turkey, Iran and Pakistan. During the journey, passengers stayed overnight in hotels or put up camps if there was no hotel facility. This bus reached Calcutta on June 5 and returned to London on August 2 in 1957, apparently 16 days behind the scheduled arrival date.

One of the reasons for the delay in the bus reaching back to London was the closure of the Pakistan-Iran border beyond Lahore, due to the outbreak of Asian Flu epidemic.

Calcutta’s then iconic newspaper The Statesman covered the arrival of the bus in the city.

Not the maiden journey

However, the London-Calcutta-London trip was not the first cross-continental journey by road. In 1956, six students from Britain’s Cambridge and Oxford universities traveled from England to Singapore.

Another post that is doing the rounds is one about ‘Albert’. The bus left Sydney (Australia) on October 8, 1968, reached London on February 17, 1969, and returned to Sydney the same year. The bus was operated by Albert Tours, which organised regular tours too between London and Calcutta as well as between Sydney and London.