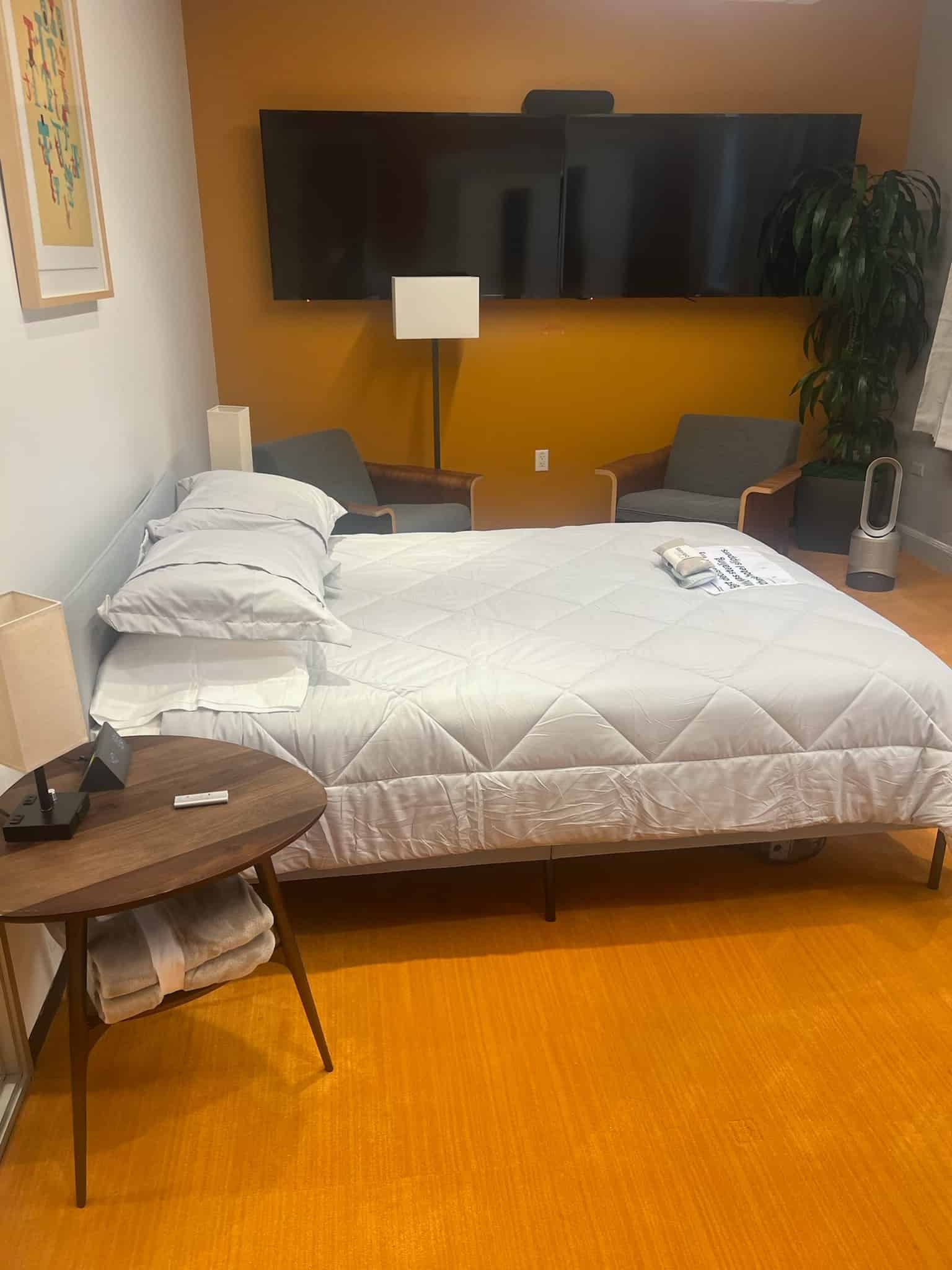 Ever since Elon Musk took over Twitter, the micro-blogging site is undergoing various changes in its interface and its work style. It is already known that Musk fired a lot of employees and is making the current employees work longer.

Meanwhile, it is now known that Musk also turned a few rooms as bedrooms at Twitter headquarters in San Francisco. The pictures of these bedrooms consisting of sofas, wardrobes and even washing machines, are now out on the internet.

BBC reporter James Clayton took to Twitter to share these photos. Along with the pictures, he tweeted, “The BBC has obtained pictures of inside Twitter – rooms that have been converted into bedrooms – for staff to sleep in. The city of San Francisco is investigating as it’s a commercial building.”

In these photos, we can see a room with a wardrobe, sofas turned into beds and even washing machines. We hear that Musk provided these amenities so that employees can work at the office without being worried about going home.

Meanwhile, the San Francisco Department of Building Inspection launched an investigation as the Twitter building is registered only for commercial purposes. Musk criticized this move and stated that the company is being unethically attacked for providing beds for tired employees.

Have a look at the tweets of James Clayton here: