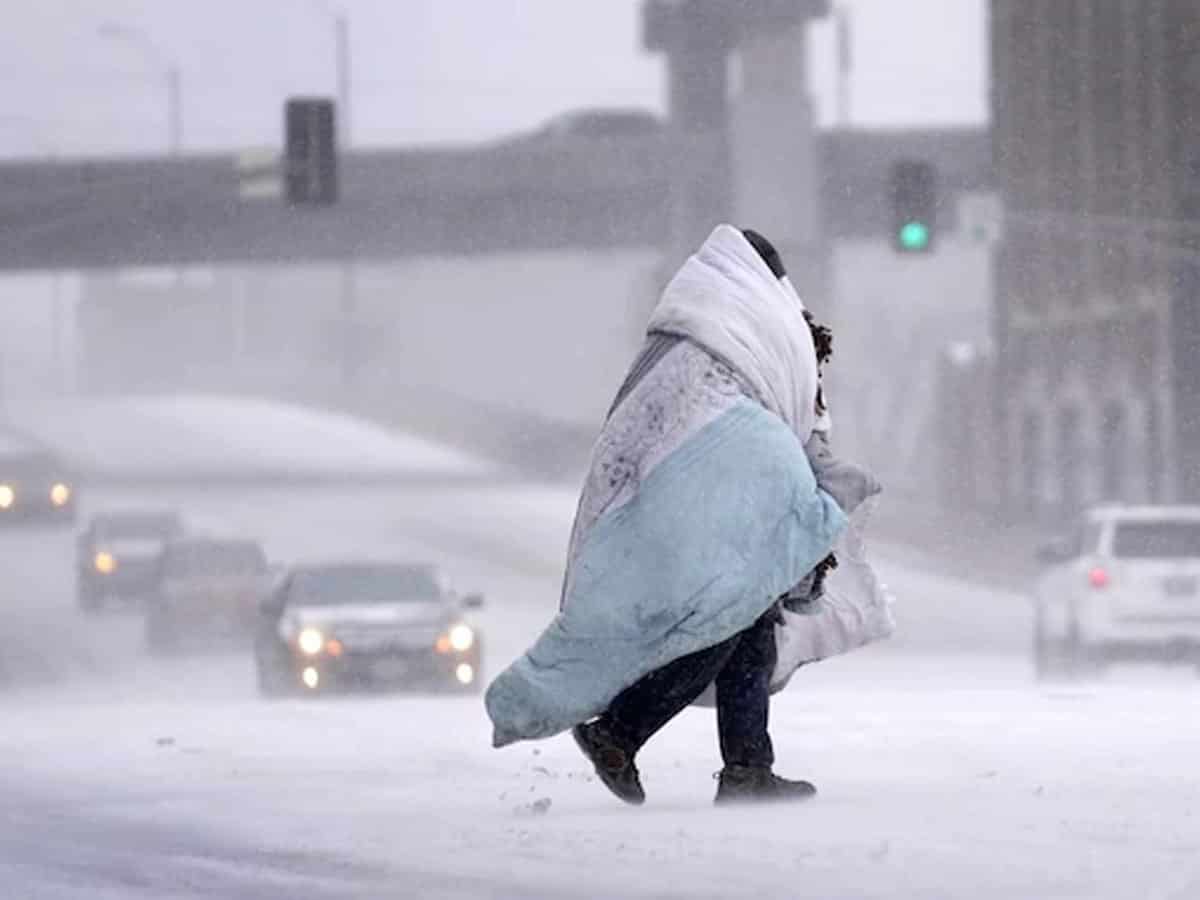 Temperatures in the United States of America dropped to an alarming number of -40 C as “Bomb Cyclone” inches closer to the US from the Arctic.

In the event of all this, President Joe Biden issued an alert across the US and stated, “It’s dangerous and threatening, it’s really very serious weather and it goes from Oklahoma all the way to Wyoming and Maine. … So I encourage everyone to please heed local warnings”. “This is not like a snow day when you were a kid,”.

A Bomb Cyclone is an extratropical cyclonic low-pressure area. It is also known as “Bombogenesis” or “Explosive Cyclonegenesis”. In order to be classified as a Bomb Cyclone, the pressure must drop by 24mbar within 24 hours. Although it is quite different from a tropical cyclone, the winds might reach up to 70-97mph. Cold winds are expected to pick up, and wind chill temperatures could drop to dangerously low numbers like below zero degrees Celsius — enough to cause frostbite within minutes.

The weather system is also expected to send a snowstorm through the Midwest near the end of the week. The National Weather Service also warned of snow squalls, bursts of snow that might last for a couple of hours.