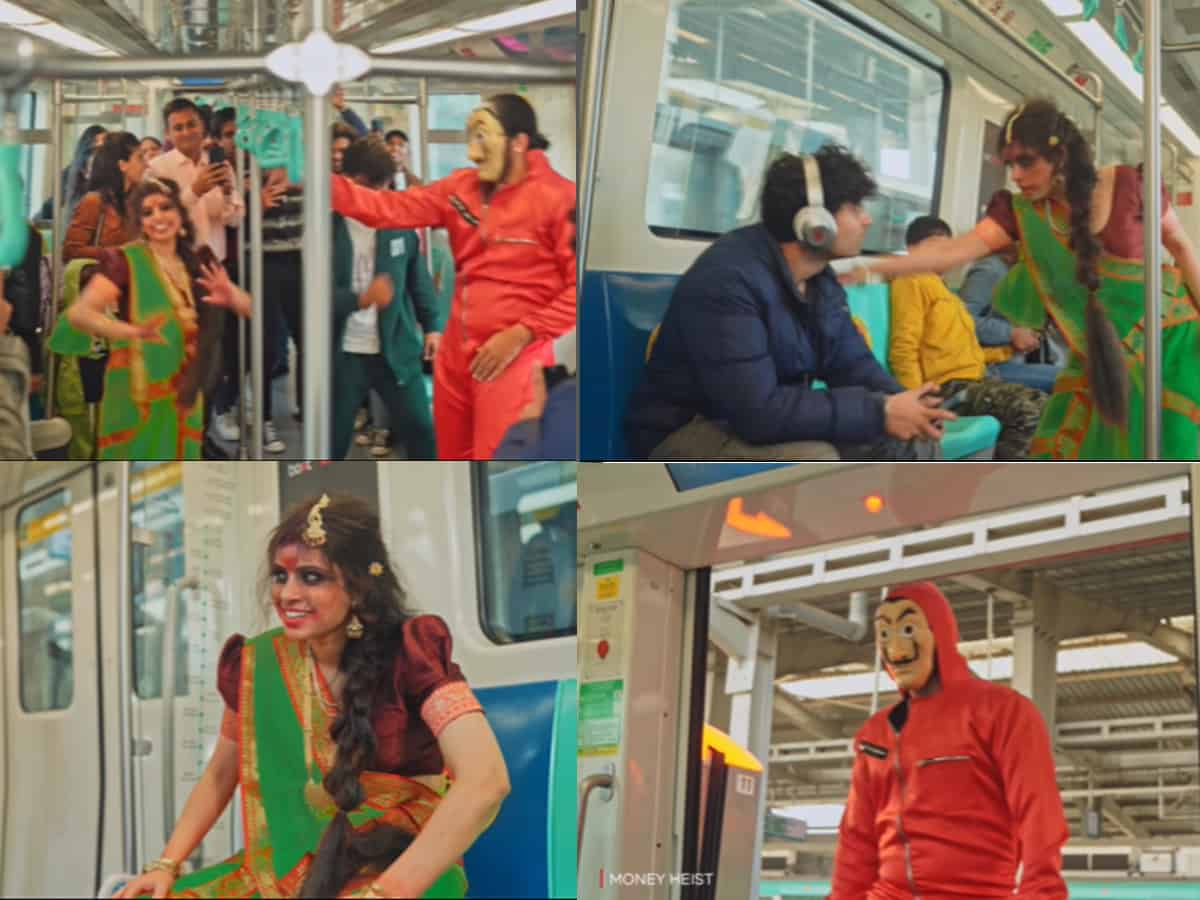 The videos of a young woman in the attire of ‘Manjulika’ chasing and scaring passengers on the Noida metro train, went viral. Not just her, but there are two men dressed up in ‘Money Heist’ and ‘Squid Game’ characters who appeared in the metro trains.

These people were thought to be making prank videos and it turned out to be a marketing strategy of a Delhi-based electronic gadget brand.

Noida Metro Rail Corporation also confirmed these videos were a part of a commercial advertisement shot on the metro premises with its permission.

The CEO of Noida authority in a tweet made her statement clear that they were approved by NMRC policy for film shooting. She underlined that these video clips are morphed and edited.

There are mixed reactions from the public, as some were impressed with the idea of advertising, while some asked how is it ok to scare people in the name of the advertisement.