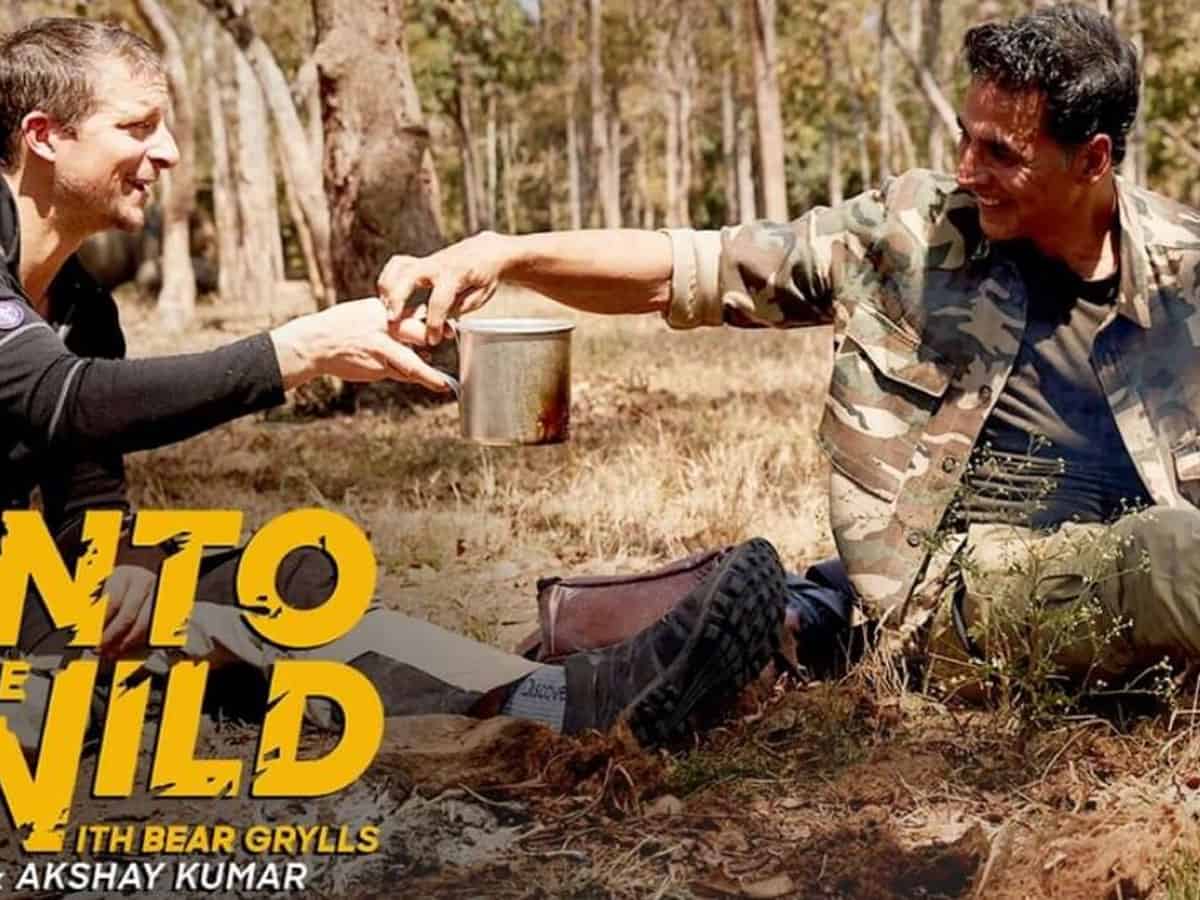 Bollywood actor Akshay Kumar revealed that he drinks cow urine every day during a live chat on Instagram with Bear Grylls and Huma Qureshi.

Akshay will be seen performing some thrilling stunts and talking about his personal life on ‘Into the Wild With Bear Grylls’ which will premiere on Discovery Plus app tomorrow (September 11) at 8 pm and on Discovery Channel on September 14 at 8 pm.

Apart from climbing a tree and crossing a stream with a rope and ladder, Akshay will also have elephant-poop tea on the show.

Like many others, Huma Qureshi, during the chat, asked how he could have it. Akshay Kumar revealed that it was not a problem for him as he had cow urine every day for some Ayurvedic reasons. This reply had taken everyone by surprise.

Akshay is known as being an expert in martial arts and that he is an early-riser from bed.

When Huma asked Bear Grylls how he convinced Akshay to have the special tea, he said, “I don’t know how we ended up doing that but it wasn’t too bad, was it?”

Akshay said, “I wasn’t worried. I was too excited to be worried. I’ve had cow’s urine every day. So, this was okay.”

Grylls was all praises for Akshay’s humility. He said that Akshay was a fun guy and does not have any ego. “I think, in the wild, when sometimes people get nervous, their ego gets stronger but it never helps. You were super relaxed and keen to have fun.”

The actor is expected to open up about his son Aarav and his father, an ex-serviceman. Akshay Kumar will get candid with Bear Grylls when he’ll ask him how different it is for children with fathers who are celebrites.