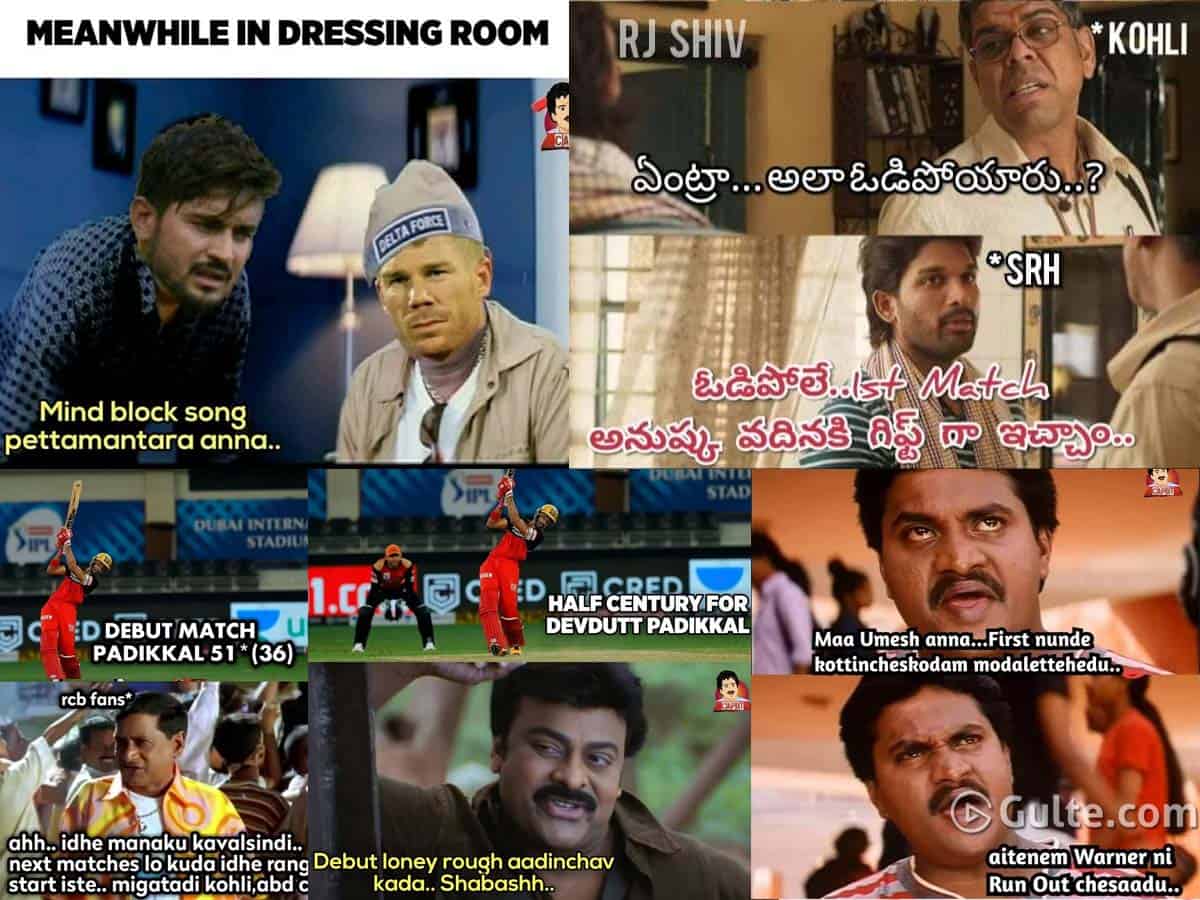 Devdutt, the debut player for RCB has exhibited a phenomenal form. He lived up to the hype and did justice for the trust the management kept in him. He is surely a player to watch out for.

Mitchell Marsh suddenly got injured in the game. But, when he came back to play, he was limping, yet made an attempt to take the team to victory. Unfortunately, he could not do it but deserved respect.

No one wants Vijay Shankar in the team and his repeated no-ball stint made it worse.

Recorded sounds continue in every match and the response for the same too did not come to an end yet.

Umesh Yadav and his expensive bowling stats is a never-ending story. And so are the trolls!

An unfortunate run-out of David Warner.

Finally, SRH fans are settled to this feeling.