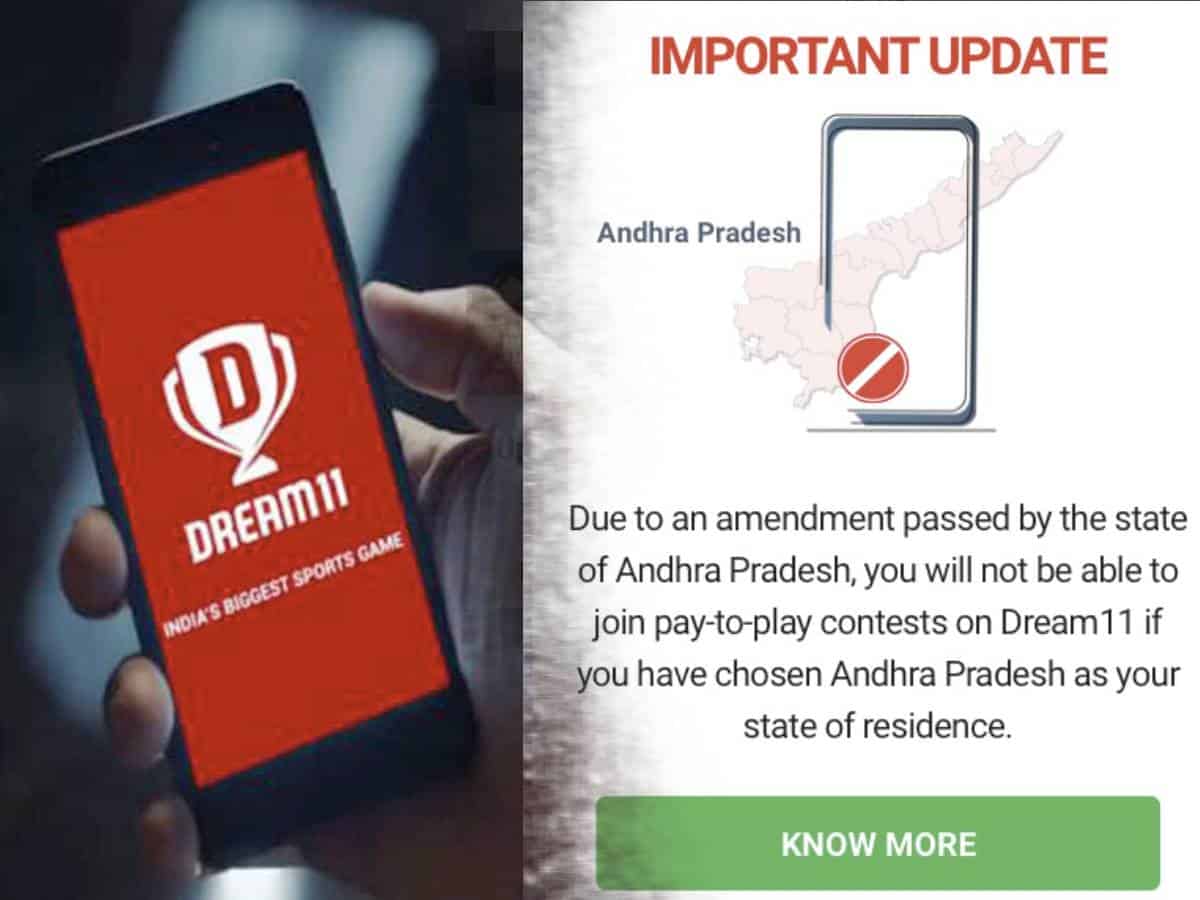 Indian Premier League is not just a season of cricket but also betting. Dream 11 is one of India’s leading fantasy sports platform where one can win real cash legally by placing bets. Dream 11 enjoys a huge user base from all over the country. People can play fantasy cricket, football, Kabaddi, and other sports.

However, the app is banned in some Indian states including Telangana. Now, the change in the laws of Andhra Pradesh resulted in a ban on the app in the state. It comes as a huge shock to everyone this morning.

From the beginning of the current season of IPL, there were reports in the media that the AP government will also place a ban on the app as Telangana already did a couple of years ago. However, a lot of people started playing fantasy cricket already by loading their wallets with money. This sudden move has now pushed them into a dilemma state, worrying about the money in the wallets.