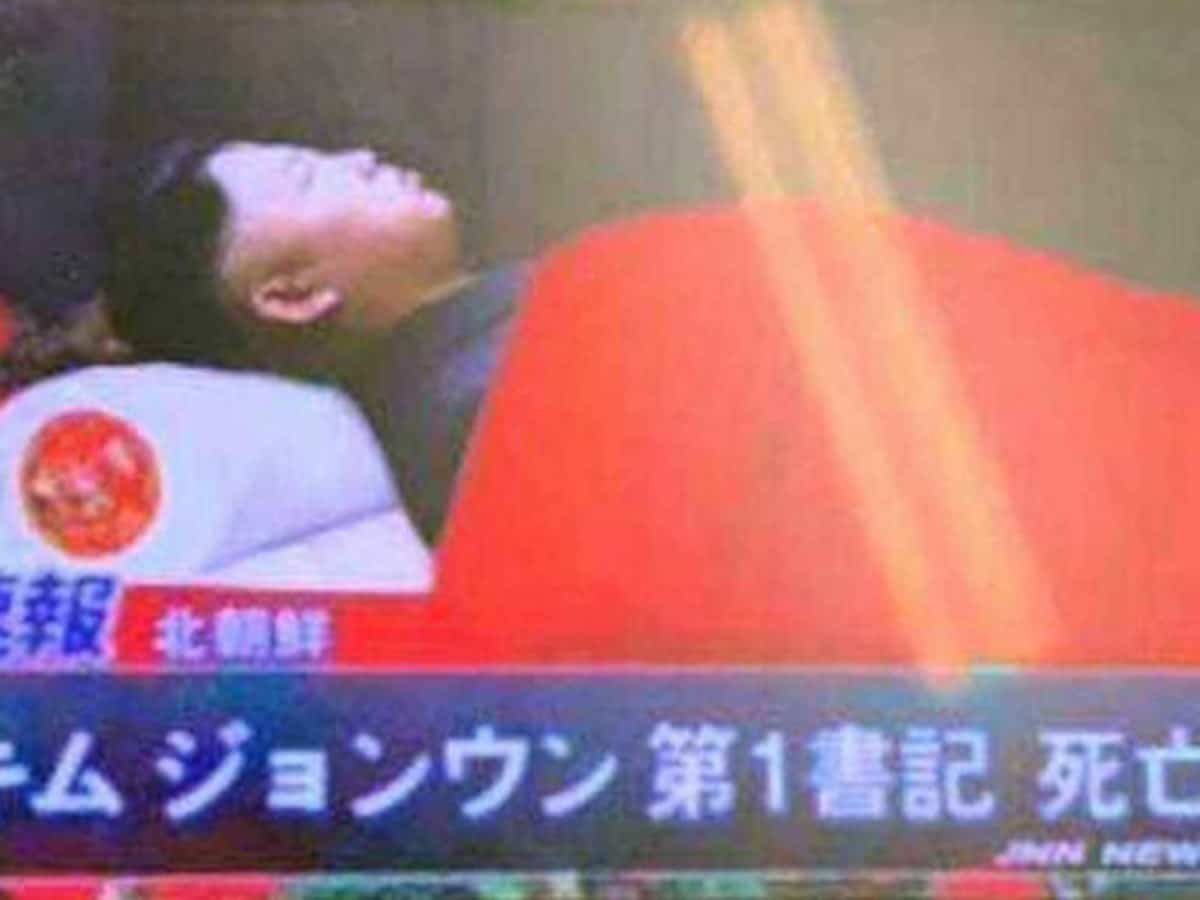 The death rumors of North Korean leader Kim Jong Un have been escalated to extreme levels as there is a fake photo going viral, that has Kim Jong Un lying in a glass coffin. The photo can be noticed easily as a doctored one while the actual picture from which it is photoshopped also surfaced on the internet.

The photo seems to be a doctored image of Kim Jong Un’s father Kim Jong II, from the latter’s funeral in 2011 when he died of a heart attack. Many countries do not have the clarity yet on Kim Jong Un’s health and even the US president during his Whitehouse briefing said he knew how Kim is doing, before saying that he can’t talk about it now.

Kim has not been seen in public since April 11 and he even missed the April 15 commemoration of the 108th birthday of his grandfather Kim II Sung. The recent rumors had it that Kim has undergone a cardiovascular surgery two weeks back, that he is in a vegetative state, or even dead.

In the latest update, the local outlets reported that Kim had sent a written message to North Korea’s Wonsan builders appreciating their work for tourism projects at a coastal resort. There were reports from various news outlets that his ‘Special Train’ has been parked in the Wonsan region since April 13, according to their satellite pictures.