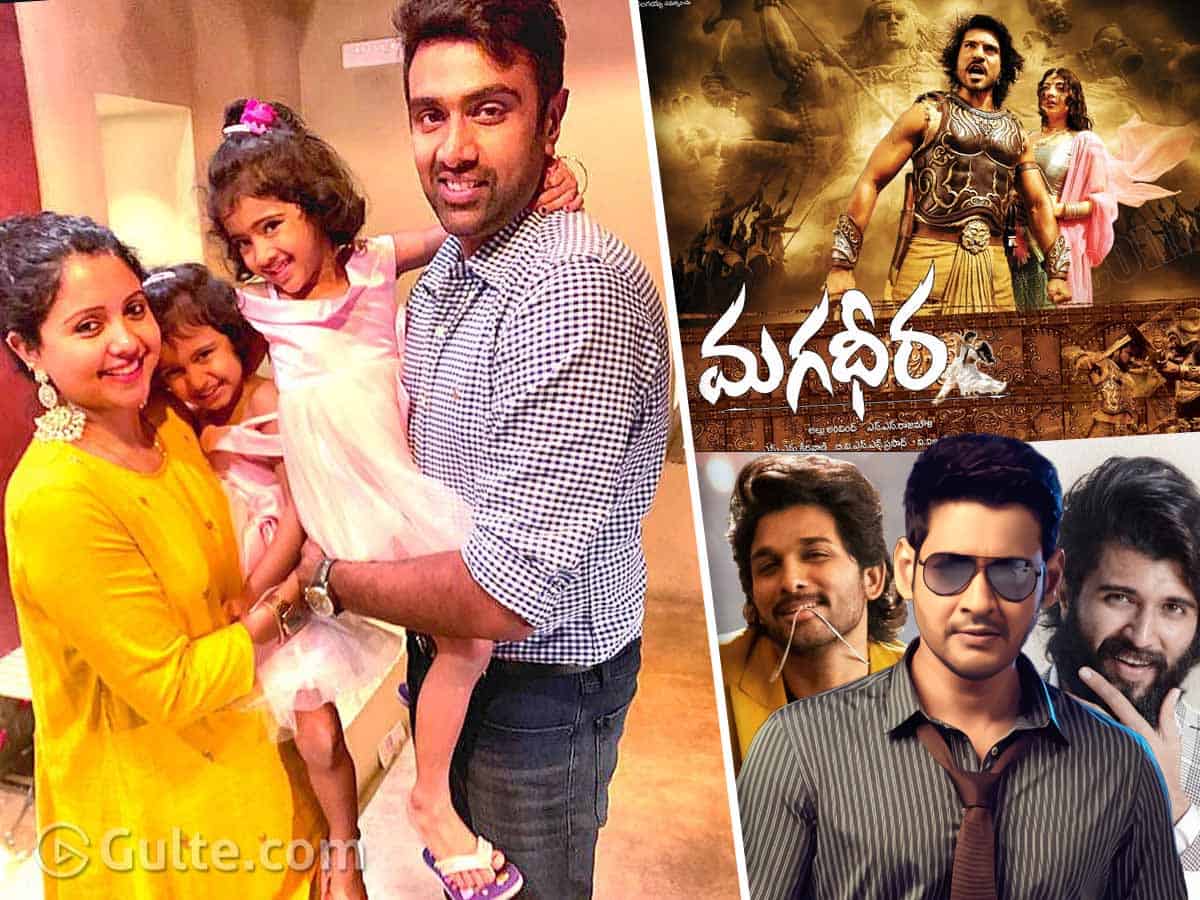 To keep fans entertained during the quarantine time, even star cricketers are also teaming up with each other to do live Instagram chats.

Here comes one such video chat of India’s proven allrounder, and superstar bowler R Ashwin, whose ‘carrom ball’ stunned the who is who of world’s cricket. Other day he had this funny banter with Telugu circketer Hanuma Vihari, where they spoke about films.

“Due to Amazon Prime and all, my whole family is huge fans of Telugu cinema and my all time favourite Telugu movie is Magadheera. And then I’m huge fan of Mahesh Babu if I’ve to choose one actor from Telugu industry” says Ashwin, adding that recently he has watched Sarileru Neekevvaru as well as Ala Vaikunthapurramuloo too. He also felt that Vijay Devarakonda is also a nice actor and the film Evaru (Adivi Sesh Regina movie) is most underrated.

When Ashwin asked Vihari to suggest a new Telugu film, the Telugu cricketer said, “Recently I’ve watched Bheeshma, you could also watch it. It is. nice comedy movie”.

At the same time, Ashwin also expressed surprise as to why Telugu people are so crazy about films and why Telugu industry is most talked about. Vihari says, “People love cinema, that’s it”.