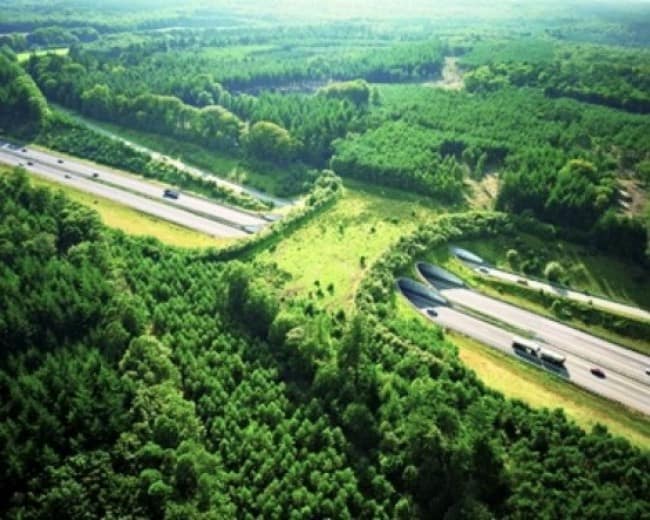 The animal bridges or ecoducts are first started by the Netherlands to ensure the least possibility of human-animal conflicts while the vehicles pass through the highways laid through the wildlife. India is following it now and is all set to have the animal bridges on the Delhi-Mumbai expressway.

The Delhi-Mumbai Expressway is set to have five animal overpasses with a combined length of over 2.5 km. The green corridors allow the animals to pass to the other sides safely and without any disturbances or collisions by the vehicles passing. The ecological experts are praising the initiation of the National Highways Authority of India for considering the point to not disturb the animal life.

The ecoducts will be constructed at the Ranthambore Wildlife corridor connecting Ranthambore and Mukundra wildlife sanctuaries in Rajasthan. The NHAI has reportedly given the work to a major organization and the plan is approved by the Rajasthan government too.

The expressway between Delhi and Mumbai will be complete by 2022 and is said to be the one among the other seven under construction, which will help to decrease the logistic time and cost. While this project is taking off next week, a tweet from Mahindra & Mahindra chief Anand Mahindra has gone viral weeks back, where the tech giant mentioned about the ‘coexisting with nature’ with wildlife bridges when constructing highways.