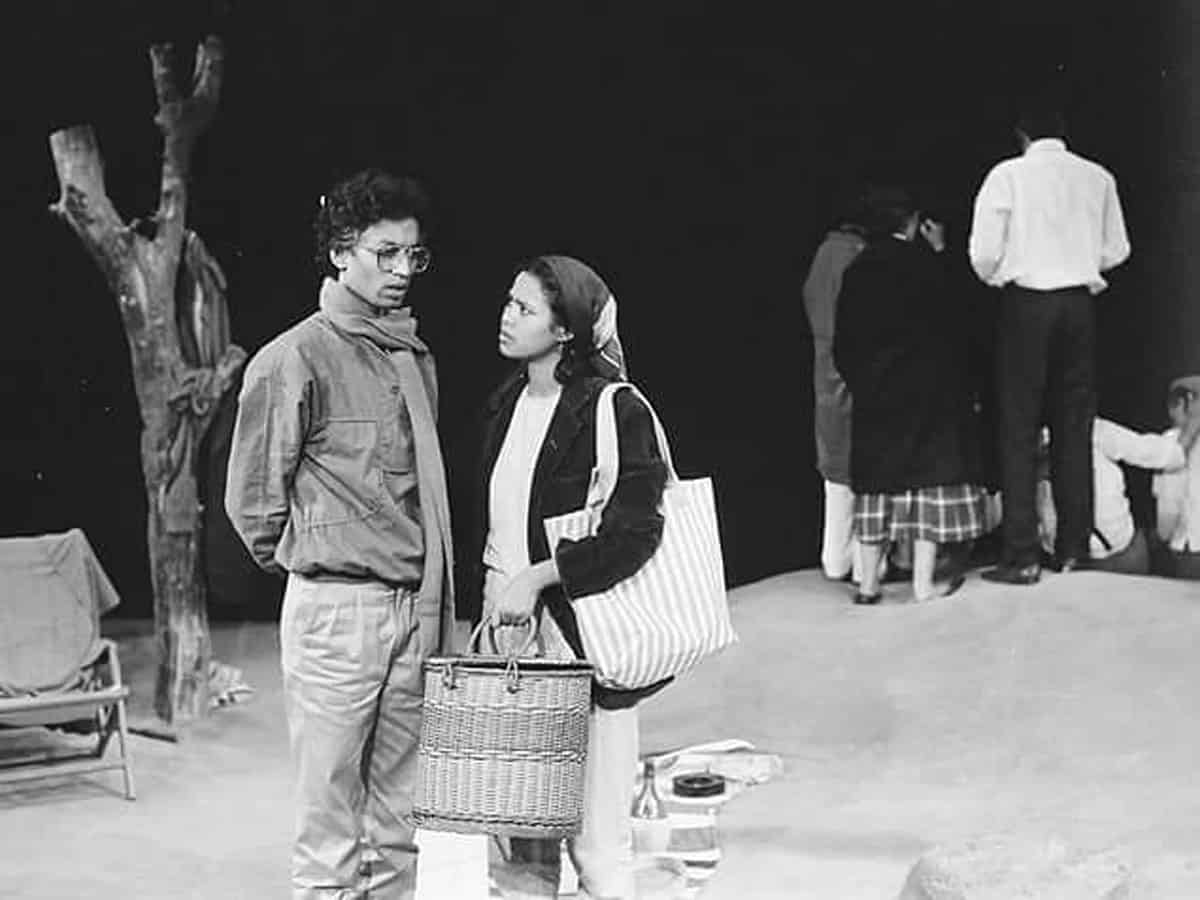 Today has been the unbelievably saddest day for movie lovers as India lost one of its finest actors, Irrfan Khan. The 54-year-old brilliant actor used to live with beloved wife, Sutapa Sikdar and two sons, Babil and Ayan. Irrfan and Sutapa’s love is eternal and there’s so much to narrate to their intriguing love story.

Sutapa Sikdar, Irrfan’s wife has always accompanied the actor at film events and she used to pen his dialogues, however, she preferred to stay away from the limelight. Her films as a dialogue writer are Khamoshi, Shabd, and Kahaani. She later turned producer with Madaari and Qarib Qarib Singlle, both starring Irrfan in the lead. Sutapa was always there for Irrfan, both professionally and personally through their 25 years of marriage.

The lovely pair were classmates in the National School Of Drama. Irrfan’s first film, Salaam Bombay’s writer, Mira Nair says that Irrfan was a very talented student back in drama school days. “I noticed his focus, his intensity, his very remarkable look – his hooded eyes,” Mira said for his book Irrfan Khan, The Man, The dreamer, The Star.

Back then, Irrfan and Sutapa fell for each other and they used to discuss cinema and art, unlike many lovers. In fact, such constructive discussions resulted in more chemistry between them. Sutapa was always there when Irrfan faced heartbroken obstacles at the beginning of his career. The two got married on February 23, 1995, completing 25 years of marriage this year.

Some of Irrfan Khan’s excellent movies are The Namesake, Maqbool, Life of Pi, Lunch box, Paan Singh Tomar, Piku, and Slumdog Millionaire. In 2018, Irrfan was diagnosed with a neuroendocrine tumor , and ever since then, the beautiful love tale of Irrfan and Sutapa has turned upside down. After Irrfan’s diagnosis in 2018, Sutapa had called Irrfan a warrior in a social media post. “My best friend and my partner is a ‘warrior’ he is fighting every obstacle with tremendous grace and beauty. I apologize for not answering calls msgs, but I want all of you to know I am truly humbled indebted forever for the wishes prayers and concern from all over the world. I am grateful to God and my partner for making me a warrior too. I am at present focused on the strategies of the battlefield which I have to conquer.”

Also, Irrfan spoke some emotional and beautiful words about Sutapa – “What to say about Sutapa? She is there 24/7. She has evolved in care-giving and if I get to live, I want to live for her. She is the reason for me to keep at it still”. Sutapa and Irrfan indeed shared the purest form of love that we all admire and wish he was with her a little longer.