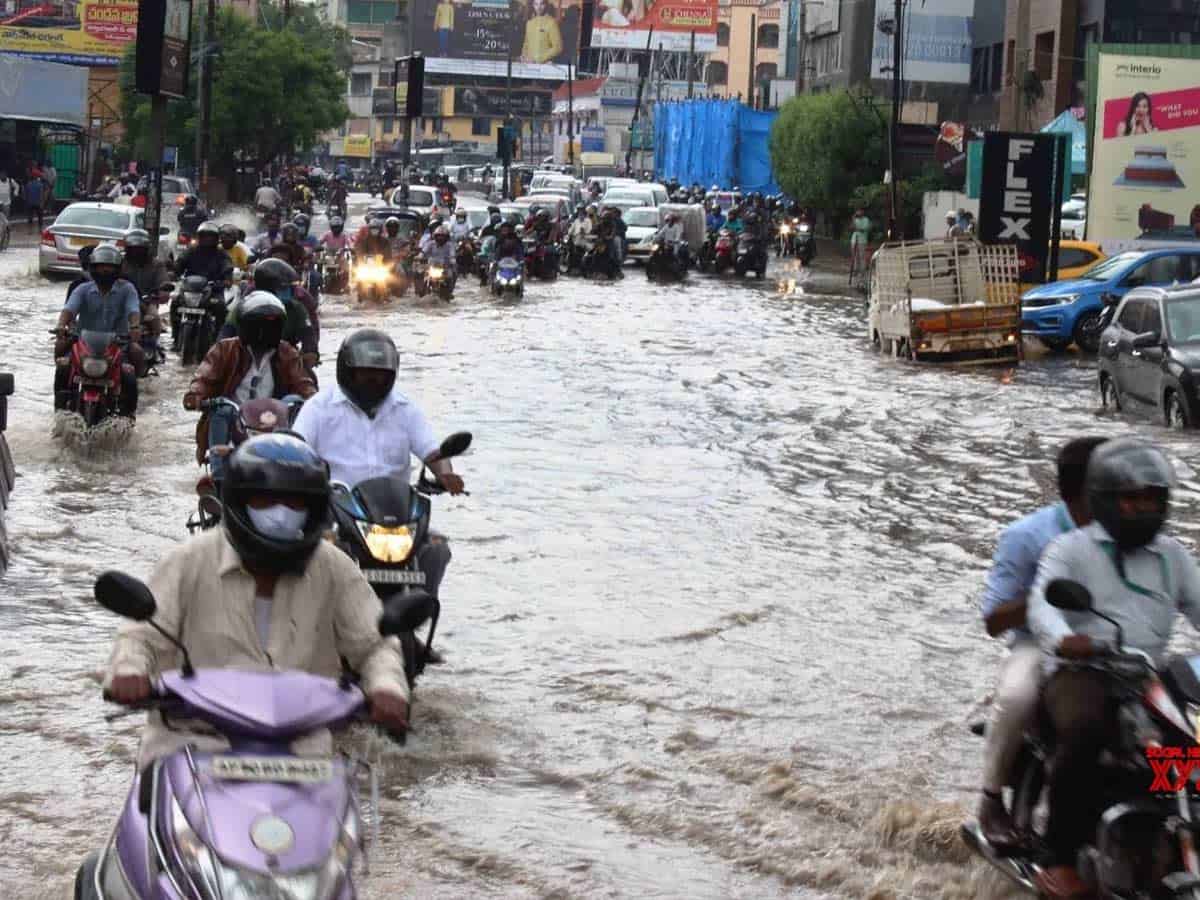 Even before the people of Telangana came to terms with the severe waterlogging in all parts of the city due to the recent incessant rains, here is yet another heavy rainfall alert to the state. The state is going to witness heavy rainfall over the next three days due to the low-pressure over North-east and Northern central Arabia sea. The low-pressure would move in westward direction after forming a depression in the next 48 hours.

Indian Meteorological Department (IMD) asked the people in low-lying areas to take necessary precautions and also informed the government officials about the heavy rainfall in the coming days. The weather department predicted rainfall in the state on Saturday, Sunday and Monday.

In addition to this, a trough over the Southern coastal region of Andhra Pradesh is situated at about 5.8 km from the sea level and depression on the central Bay of Bengal on October 19 is expected to shower light to moderate rainfall with lightning and thunderstorm in the next 24 hours.

It can be noted that incessant rains have lashed Hyderabad and other parts of Telangana and Andhra Pradesh. They resulted in floods and loss of 50 people and damage to private properties in Telangana. Around 191.8 mm of rainfall was recorded in Hyderabad till Tuesday triggered by a deep depression in the Bay of Bengal which had hit the Andhra Pradesh coast first and moved towards Telangana while weakening into a depression.