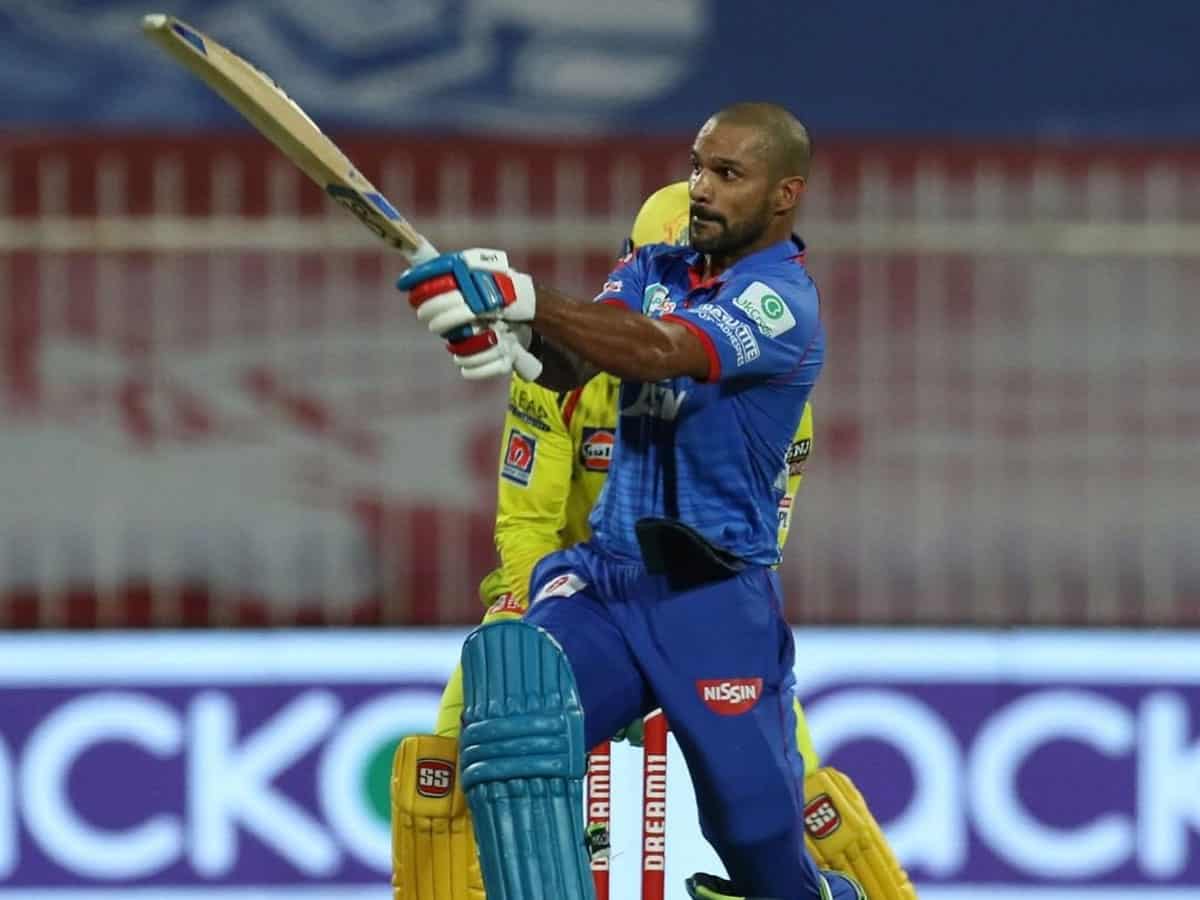 An unbeaten and a special century from Shikhar Dhawan gave Delhi Capitals a win against Chennai Super Kings by five wickets. This was the first century for Dhawan in his 12-year-old IPL career. With this win, Delhi once again reached the top of the table with 14 points.

After winning the toss, MS Dhoni said that CSK will bat first. Sam Curran, who gave a great start in the last game, got out on the third ball of the game in this match. Faf du Plessis (58) and Shane Watson (36) then made a partnership of 87 runs for the second wicket and have put CSK in a good position. Watson was dismissed by Nortje in the 12th over. Soon, du Plessis scored a half-century and got out in the 15th over. Dhoni came and went in no time. With a decent inning from Rayudu (45*) and good support from Jadeja, CSK managed to score a total of 179 for the loss of four wickets in 20 overs.

Just like Delhi, even CSK got a bad start while chasing this total of 180. Opener Prithvi Shaw got out for a duck, on the second ball of the innings. Ajinkya Rahane couldn’t use the opportunity as he got out in the fifth over. Later, Shikhar Dhawan (101*) and Shreyas Iyer (23) made a partnership of 68 runs and kept DC alive in the chase. Iyer then got out in the 12th over. On the other side, Dhawan scored his third consecutive fifty.

Marcus Stoinis (24) played a cameo and got out in the 16th over. Very soon, even Alex Carey got out as well. Then, the whole responsibility fell on the shoulders of Dhawan. He successfully scored his first-ever century in IPL career. When 17 runs needed in the last over, new batsman Axar Patel (21*) hit three sixes in Jadeja’s bowling and sealed the game for Delhi. They have scored 185/5 in 19.5 overs. CSK will next face Rajasthan Royals on October 19 and Delhi Capitals will take on Kings XI Punjab on October 20.