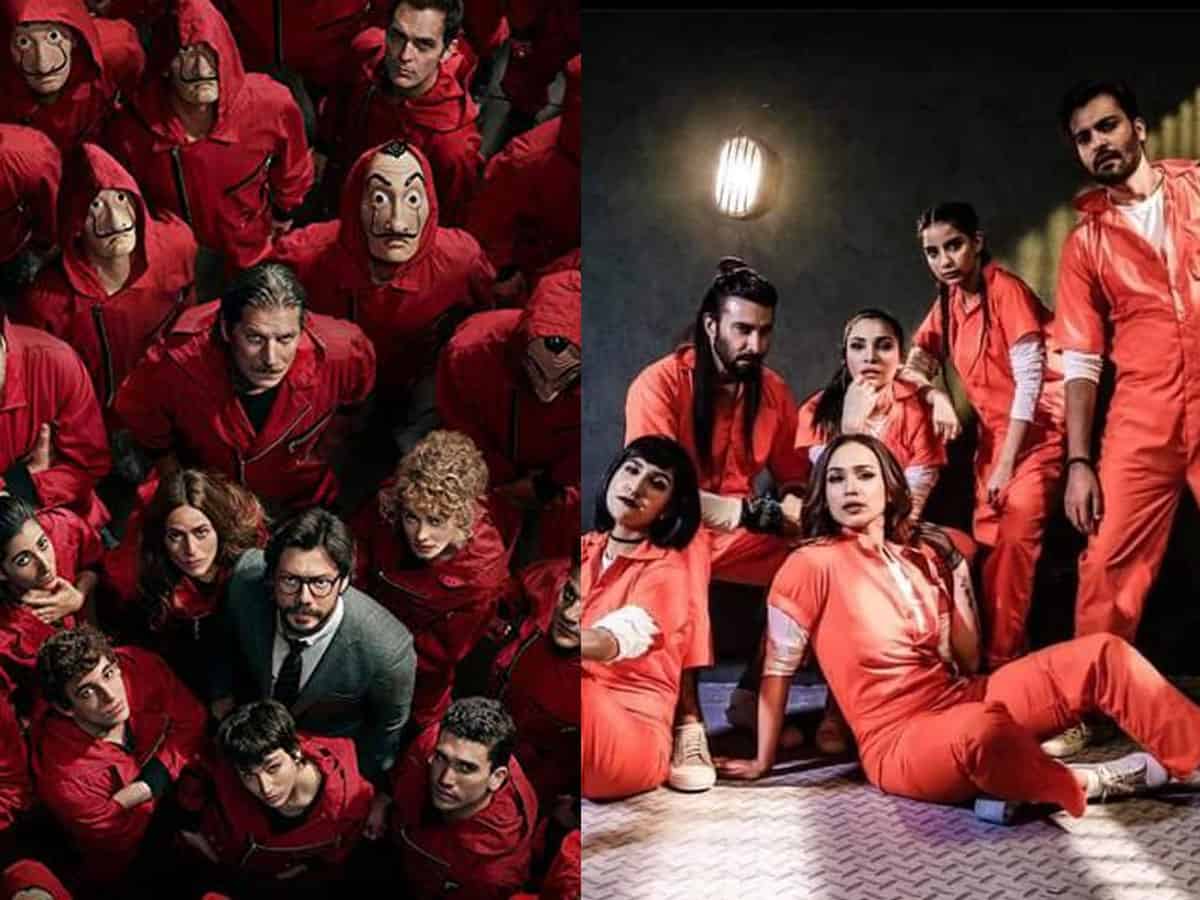 Needless to say that Money Heist (La Casa De Papel) has become a favorite TV show for many during the lock-down times. While the fans are awaiting the fifth and final season of Money Heist, here comes a funny shock from Pakistan.

Pakistan filmmakers came up with an imitation of Money Heist with their own actors. The show is titled ’50 Crore’. While the actors are all big stars from the Pakistan film industry, the teaser revealed by the Pakistani actor Aijaz Aslam is trolled big time for its resemblance to the Netflix original Money Heist.

Well, many started making memes on the show and some even called it a parody of Money Heist, rather than a remake or a copy. When the teaser itself is garnering criticism and trolls are cooking stuff on ’50 Crore’, many wonder how funny and silly the movie could be.

The mug shot photo-shoot of the star cast like in the Money Heist also has gone super viral, except these are similar but silly. Walk-through the meme fest on Pakistan’s ’50 Crore’. The best one goes to the one who called the original Money Heist and the parody as Money Waste!