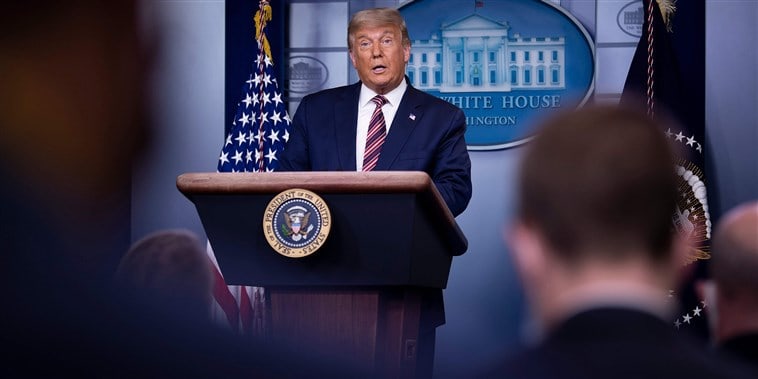 There have been many indications that US former president Donald Trump, who had won the previous elections surpassing the majority mark of 270 by winning 276 Electoral College votes, would not win the polls for a second time. Given his functioning and demeanour with the officials, it was predicted that he cannot get elected for a second time. The negligent way he handled the Covid crisis has let down the people and since then, his defeat was almost decided in the America 2020 Presidential elections. However, Trump could put up stiff competition though he could not emerge victorious.

However, Trump is still not able to digest his defeat and as was being said by him since the counting began, he is gearing up for a legal battle.

Trump sought to declare victory even as millions of votes were yet to be counted in key battleground states. In a speech delivered from the White House on Wednesday, a day after the election, he said he would be going to the Supreme Court to ask for “all voting to stop”, alleging fraud.

He also lashed out at Pennsylvania falsely saying that ballots are being counted without any identification and that other “irregularities” are contributing to his dwindling lead in the battleground state. Trump has maintained that there has been an election fraud and suggested votes for his Democratic rival were not legal.

Not stopping with the statements, Trump had even taken to Twitter and declared: “I WON THIS ELECTION, BY A LOT!” which evoked heavy trolling from the netizens.

Twitter too has pinned a warning on a Trump campaign tweet declaring victory in the battleground state of South Carolina, saying it was premature and not confirmed by the authorities.

However, his tweet about victory evoked trolling from netizens. Some posted counter tweets saying that Trump was in another world and may be, he had won in that place. Some others felt that time is ripe t shift the former President to a mental asylum.

Indian cricketer and Kings XI Punjab batting coach Wasim Jaffer, who is very active on the social media, poked fun at Donald Trump’s tweet on victory in elections. Jaffer saw the funny side of Trump’s tweet and made sure to entertain his fans. Taking inspiration from Trump’s tweet, Jaffer hilariously wrote, “KXIP WON THIS IPL, BY A LOT!” even when KXIP lost in the current IPL season.

Meanwhile, Telugu netizens creates memes on Trump’s victory tweet with comedian Brahmanandam which became an instant hit online. Despite the mockery against him, Trump seems to be determined to move the Supreme Court on “irregularities” in the counting of votes.