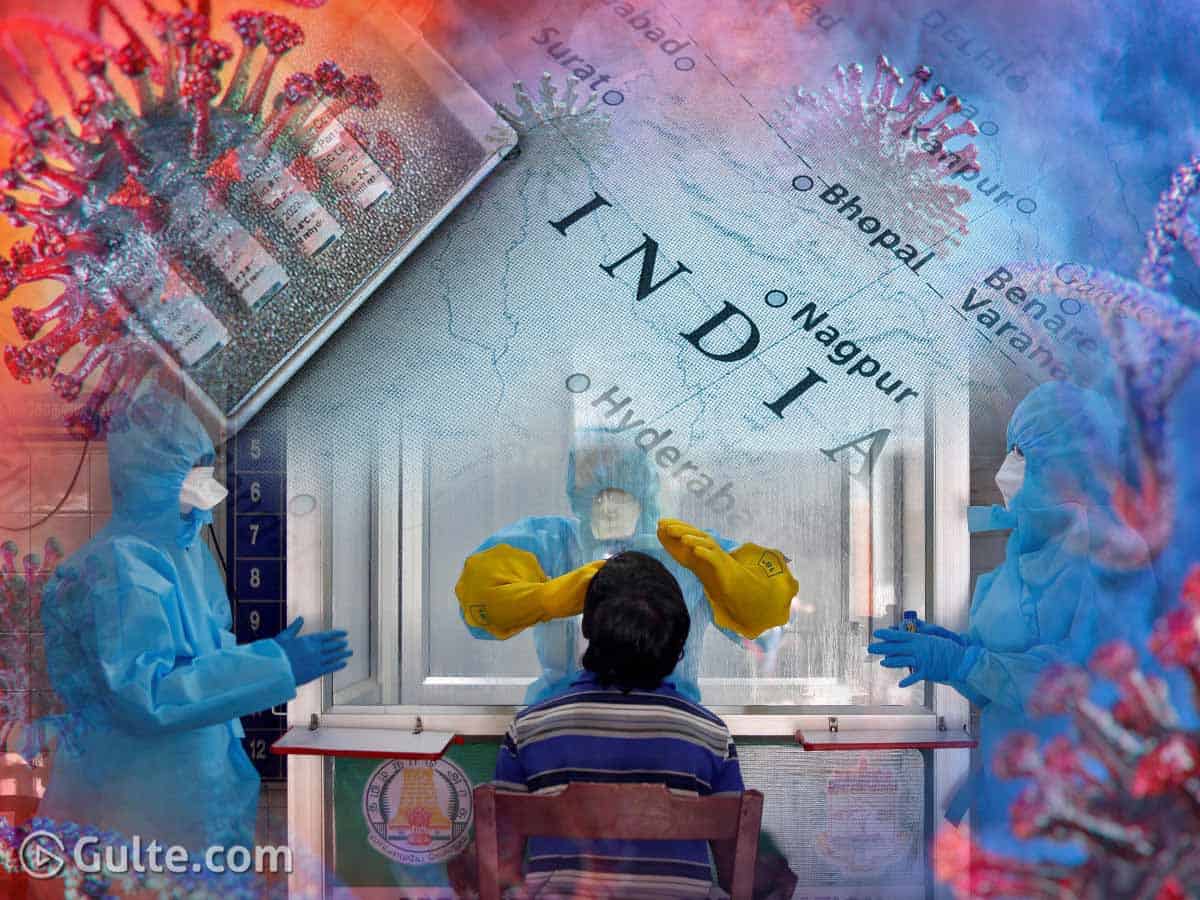 In what can be termed very obvious, states in India have been apprently under reporting the Covid-19 crisis by fudging the numbers. It is being said that India had managed not to report 3.4 million Covid cases.

The numbers can be manipulated in two ways. As alleged by US former president Donald Trump, India reduced the number of screening tests which even the Telangana High Court had repeatedly pointed out.

Antigen tests do not detect the Covid virus in people with noticeable symptoms. This form of screening is not performing well in identifying people with a low viral load, including people who are pre-symptomatic or asymptomatic. Rapid antigen tests (RAT) can give a high number of false negatives.

Recently, the Delhi High Court pulled UP the AAP government for choosing RAT as the primary test of Covid-19 over RT-PCR (Reverse transcription-polymerase chain reaction) which is considered as the gold standard for testing.

Further, it was found that from 100% PCR tests at the beginning of the pandemic, India has reduced the number to less than 60% now. At the same time, the antigen tests have risen sharply from a negligible number to 5.5 crores, accounting to 40% of total tests.

Let us try to see how the states have performed in different aspects.

— Poor Testing: Bihar, Telangana, Gujarat, Delhi and Uttar Pradesh are the 5 worst states which had conducted less than 50% PCR tests. This should help us know how Telangana is managing to under report the Covid-19 cases. At one point of time, Telangana Governor Tamilisai too became serious with the poor testing of the medical department which led to a rise in the number of tests temporarily but the vigour fizzled out eventually.

Andhra Pradesh has been moderate in this aspect by conducting 59% PCR tests, which is very close to the nation’s average of bigger states standing at 58%. Rajasthan and Tamil Nadu are performing excellent by conducting 100% PCR tests.

— Huge numbers not reported: The official number of Covid cases depends on the total population in that particular state, spread of Covid disease in the state and the number of antigen tests conducted. Maharashtra and Delhi, which have highest population, together counted for over 10 lakh missing Covid cases. Rajasthan, Tamil Nadu and Punjab acted as the most responsible states reporting the genuine numbers.

Telangana and Andhra Pradesh did not report about 3.2 lakh Covid cases.

— States ranked by genuine testing levels: True ranking of a state depends on how well it is testing its population by conducting the PCR tests. Yet again, Tamil Nadu stands out far above the rest of India by being the only state to have conducted over 1 crore PCR tests, also reflecting the highest number of tests per head of population with nearly 1,400 tests per ten thousand of its citizens. Karnataka stands the second-best state with over 1,300 PCR tests per ten thousand citizens. Andhra Pradesh stands third in this list by conducting 993 PCR tests per 10,000 citizens. AP conducted 54 lakh PCR tests in total.

Bihar, Telangana and Gujarat are the worst in the numbers of PCR tests per head of their population. However, India is not conducting enough PCR tests, only 550 of every 10,000 citizens of India are being tested using PCR.