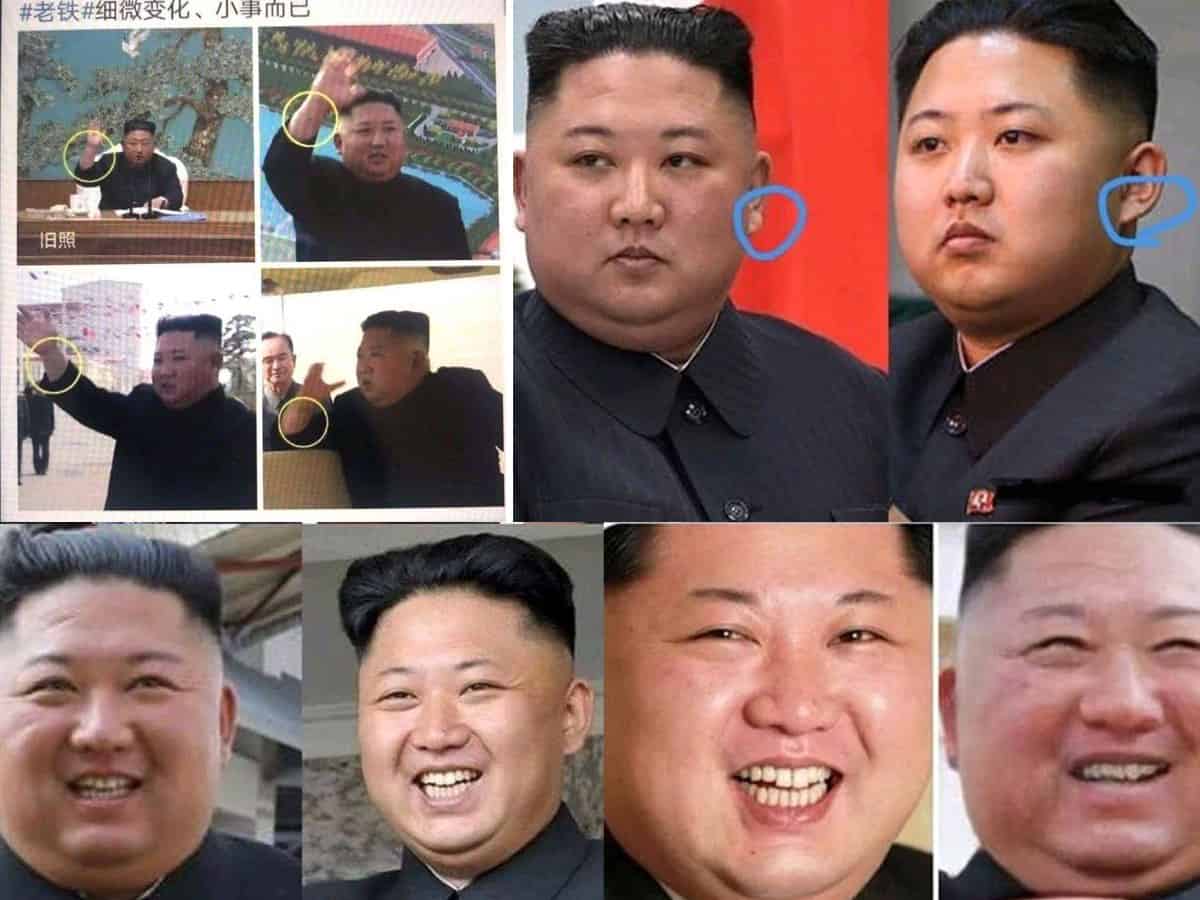 The North Korean dictator Kim Jong Un’s disappearance for weeks sparked rumors across the world about his ill-health due to a massive heart stroke followed by a cardiovascular surgery leaving him in a vegetative state on death bed.

Putting those all speculations and theories at bay, Kim Jong Un made an appearance at a recent ribbon-cutting event in North Korea. But there started new theories, that are shocking and wild.

The pictures of Kim Jong Un at the recent public event gave rise to theories that it is not the real Kim Jong Un, but his body double. While his appearance ridiculed the rumors on his death-death bed, the pictures and videos of his reappearance sparked doubts that his facial, hairline and dental features do not match with that from his previous appearances.

It is very well popular that almost all the world leaders have to body doubles and with rumors and reappearances in all good health, the pictures with two versions of Kim showing differences in teeth, ears, and hair are going viral on social media now. Many of the Twitterati seem to be disagreeing that they are not the same and what had to say finally is that the latest one is not Kim Jong Un, but ‘almost perfect’ look alike.

While the suspense and doubts remain the same, the question is why to hide is the leader is already dead and why not give away the crown to his successor? Well, the enigma prevails!