Bomb Blast In US On Christmas Day! 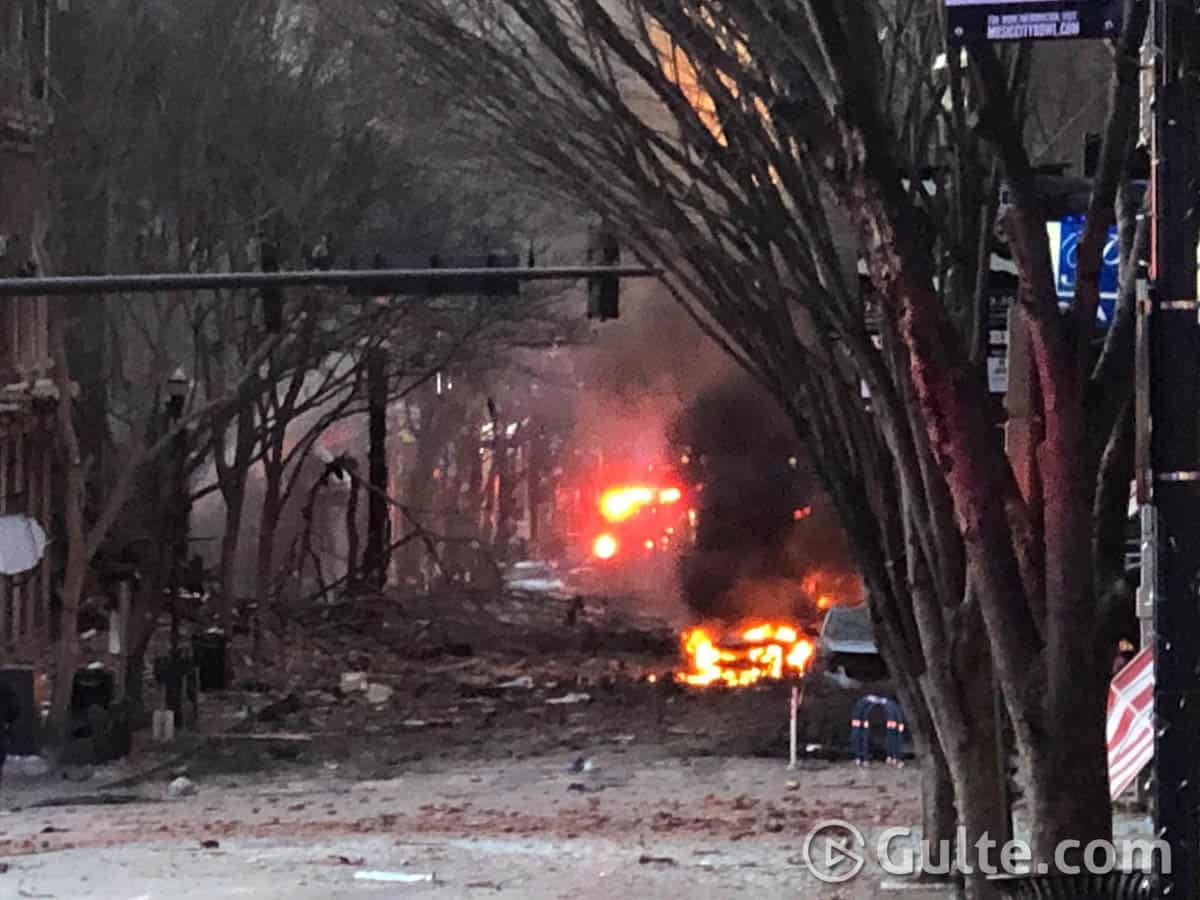 The blast shattered the windows and ripped apart trees. As many as 20 buildings were badly damaged in the blast that occurred at 6.30 am (12.30 GMT) in the southern US city. Meanwhile, some onlookers claimed that they had spotted “some human remains” near the explosion site.

A recorded warning message was heard from the motorhome that a bomb would detonate within 15 minutes. “Evacuate now. There is a bomb. A bomb is in this vehicle and will explode,” heard the recorded message. Metro Nashville Police evacuated nearby buildings and called in the bomb squad. Then the RV exploded.

The blast took place in largely empty streets of downtown Nashville early Christmas morning. Police suspect that it is an “intentional act”. The FBI is probing the matter.