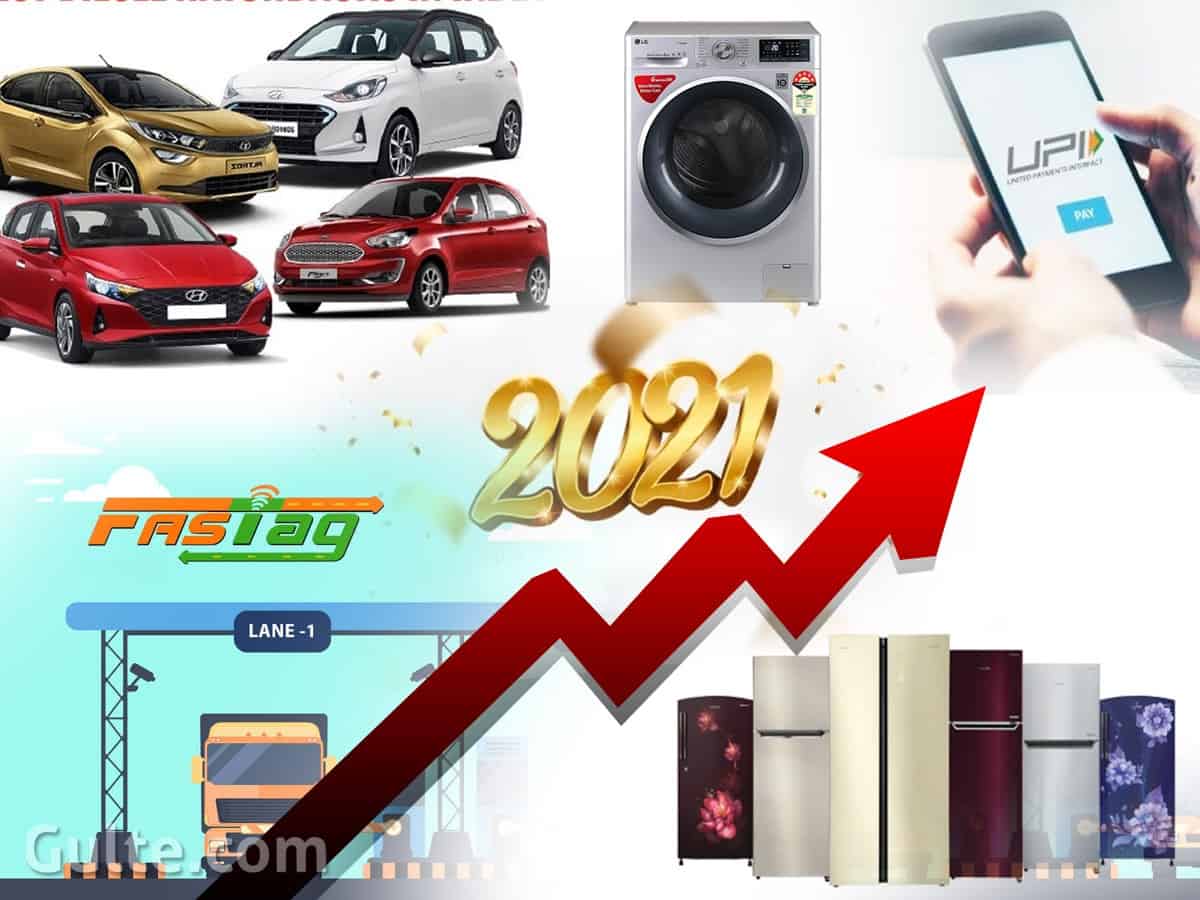 Come January 1, 2021, public should be ready to imbibe some key changes in daily life. Let us take a look at what would be replaced in the New Year.

FASTag: From Jaunary 1, all vehicle owners, excluding those of two and
three-wheelers, should have to compulsorily follow the FASTag rule. FASTag would help motorists save their time and fuel as they need not wait at the toll plaza for paying the tax, Union minister Gadkari said. From April 1, 2021, FASTag is compulsory for procuring third party insurance for vehicles. For FASTag related queries, motorists can contact 1033.

Vehicles to become costlier: Automobile companies have given a shocker to those wanting to buy vehicles in the New Year. The companies informed that they have decided to increase the cost of vehicles as the raw material for the vehicles has increased, resulting in a rise in the production cost. Automobile companies like Maruti Suzuki, Mahindra and Mahindira, MG Motors India, Renault and Hero Motor Corp have announced about the hike. The prices of refrigerators, washing machines and television sets would also be increased in the New Year.

‘Cheque’ on frauds: The RBI introduced ‘positive’ pay method to curtail cheque related frauds from January 1, 2021. Till now, every cheque was honoured only when the customer’s signature was on it. According to the new rule, cheques of Rs 50,000 and more amount would be reviewed. This procedure can be followed by banks if they wish or else, leave it to the choice of the customer. However, cheques issued for over Rs 5 lakh should be reviewed compulsorily. As per the rule, the customer issuing the cheque should inform the bank about the details of the cheque through SMS, mobile app, internet banking, ATM or any other electronic method. Accordingly, the bank would review the cheque and only then honour it.

WhatsApp services: From January 1, common man’s favourite social media app, WhatsApp, would not function on some phones. In phones with IOS 9 (i-phone), operating system earlier than 4.0.3 (android phone), WhatsApp would stall its services. IOS-9 means i-Phone 4 and other models before it will not have WhatsApp functioning in them. If the phone you are using is a very old one, go to the settings and check the version of the functioning platform.

Sops for small traders: The 42nd GST Council has taken a decision in favour of the small traders. As per the Council, businessmen having a turnover of less than Rs 5 crore can submit income tax returns for every trimester, unlike monthly filing of returns done so far. This modification would benefit as many as 94 lakh businessmen.

‘Zero’ change: The telecommunications department has made it mandatory to add ‘0’ whenever consumers try to call a mobile number from landline. This rule would come into effect from January 15, 2021. This would help in utilisation of 2,539 number series. In view of the future needs, the telecommunications department, as per the recommendations of TRAI has decided to make this change. However, there will be no change in the mobile-mobile, landline to landline, mobile to landline phone calls.