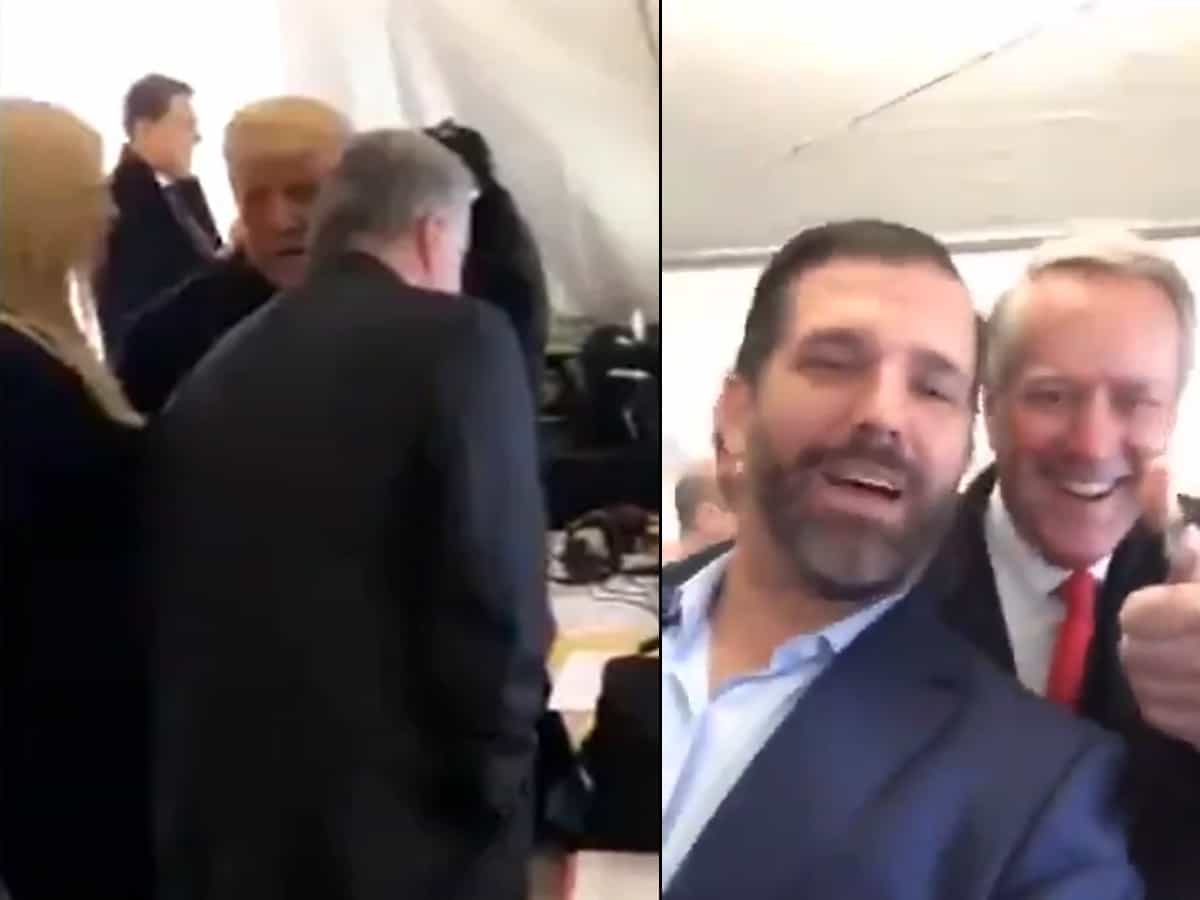 The US Capitol seize by the Pro-Trump mob remains the most embarrassing event in US history. The insurrectionists who were supposed to go on with a decent protest got aggravated and attack the US Capitol building. The attack led to at least five deaths and vandalizing of the US Capitol property. Many of the rioters were dismissed from their respective jobs and almost all who were caught in pictures were arrested.

The video also has Donald Jr’s girlfriend Kimberly Guilfoyle saying she hopes Vice President Mike Pence has the courage or the brains to do the right thing to block the Congress’ confirmation of Joe Biden as the President. Donald Trump Jr has it saying ‘“Guys, getting ready to go out there, I can’t believe the crowds I’ve seen out there. Literally a hundred thousand people, it’s all the way going to the Washington Monument. “Just awesome patriots who are sick of the bulls—”.

President Donald Trump is seen in the video while he watches the happenings on the TV before he goes out on stage.

Also featuring Eric Trump, the video has people congratulating him on his birthday.