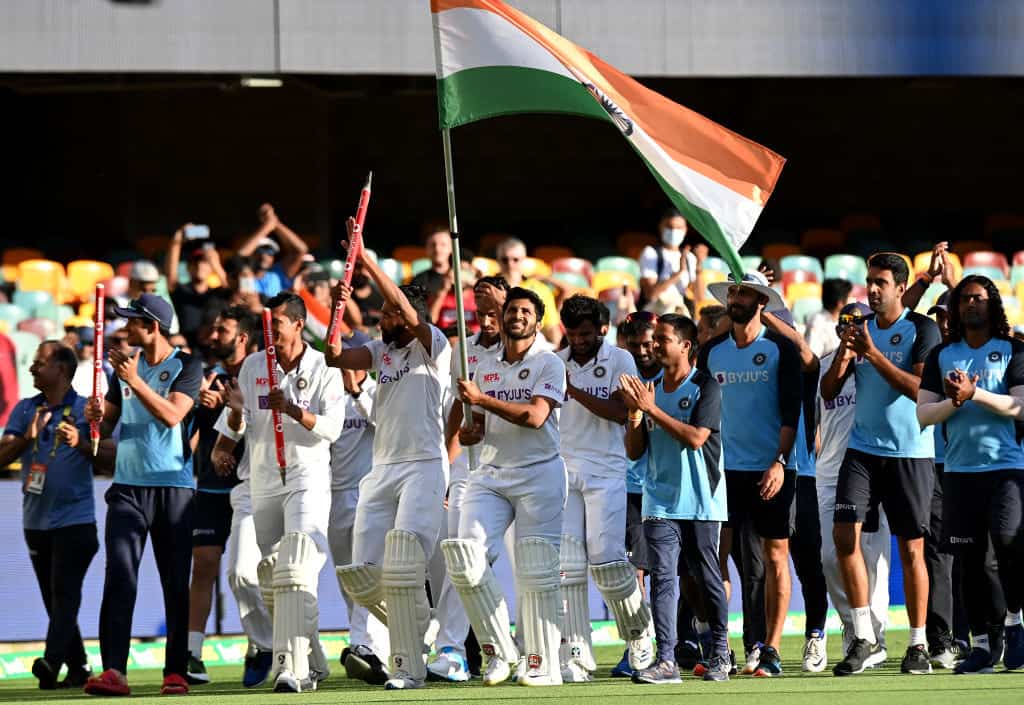 Team India has registered one of the greatest victories in Test cricket. In the fourth and final Test, India emerged victorious and bagged the series with 2-1. This is a remarkable win for team India having lost the first Test in a humiliating manner.

Wicket-keeper batsman Rishabh Pant played a huge role and he remained unbeaten at 89 runs. With an overnight score of 4 runs, India resumed on day 5. However, the visitors did not make a good start as Rohit Sharma was dismissed by Pat Cummins. Pujara and Shubman Gill stood in the crease and anchored the innings. Gill got at 91 and missed out a maiden hundred while Pujara was dismissed for 56.

Rishabh Pant along with Washington Sundar have held their nerves. But twist in the tale came when Sundar and Shardul got out. Rishabh remained in the crease and scored the hitting runs.

India also broke the streak of Australia at the Gabba stadium as the host haven’t lost a Test match since 1988.