The Transfer Of Nuclear Football From Trump To Biden 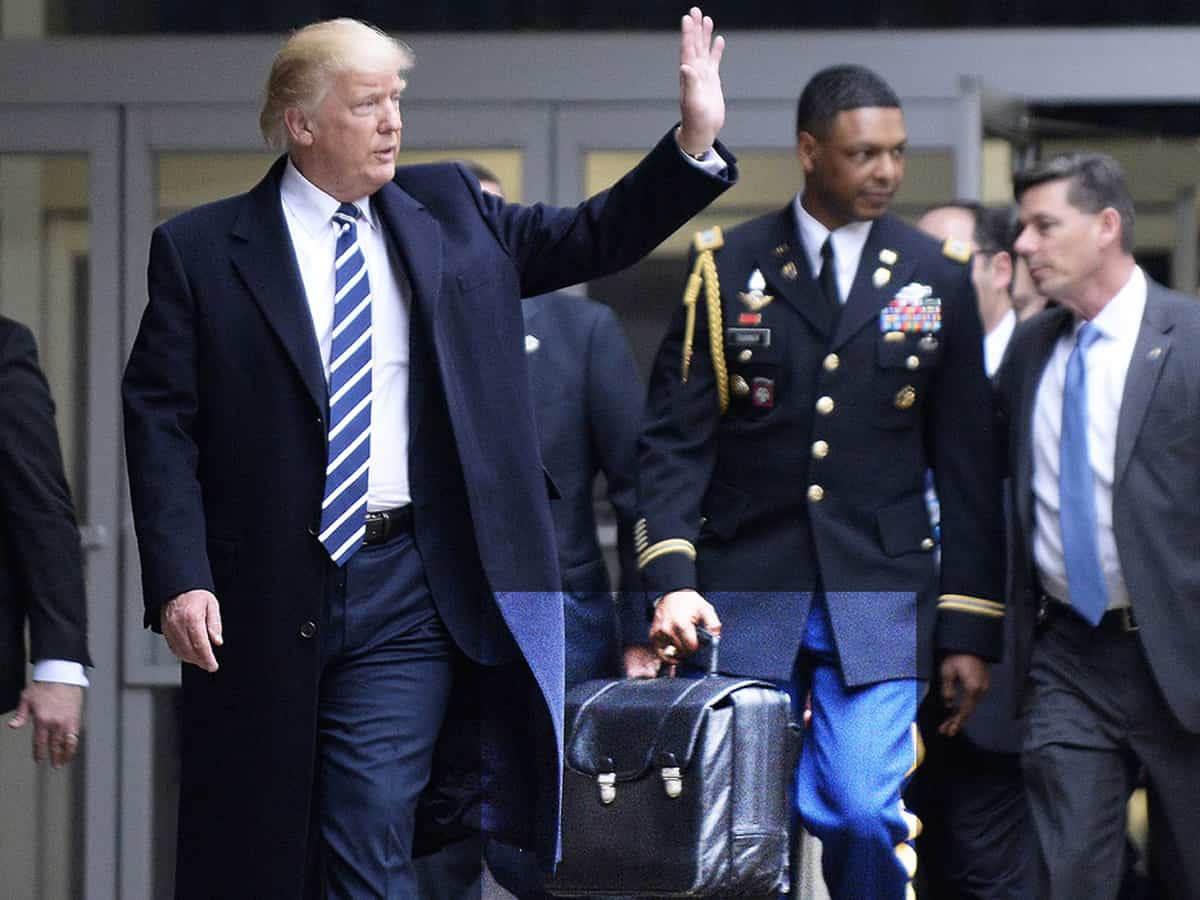 Joe Biden was sworn in as the US president today. Donald Trump did attend Biden’s inauguration ceremony and he becomes the first outgoing president since 1869 not to attend his successor’s inauguration.

While his decision to snub the inauguration ceremony of Biden doesn’t make much difference, the one thing that caught attention is handing off of the ‘nuclear football.’

For starters, Nuclear football contains the equipment that a president would use to authenticate his orders and launch a nuclear strike. It always travels with the president as a military aide carries it all the time. Usually, the ‘football’ would be handed over to another military aide during the ceremony of the inauguration for the new president. As Donald Trump did not attend the inauguration and he left for Florida as the president, the ‘football’ should go along with him.

The exchange did not happen like usual, but the process will be different this time. There will be at least three identical ‘footballs’, of which one follows the president, one follows VP and the third one is traditionally set aside for the designated survivor at events like inaugurations.

The president needs to carry one ‘biscuit’ that contains alphanumeric codes to positively identify the president. The military aide that carried football with Trump to Florida will return to Washington DC along with the football right after Biden sworn in at 12PM today, meanwhile, the new president will be having another (third) ‘football’ with a military aide next to him.

Trump is no longer the president after 11:59 am and Biden inherits the power right at that time 12:01 pm. President Biden and Vice president Kamala Harris must have been briefed about the nuclear codes to initiate a nuclear strike and receive the biscuit today morning but they will not be active until 12:01 PM.

Though it is believed that the ‘nuclear football’ has the codes or a button to launch nuclear weapon, it instead has the authority and equipment that a president would use to order a nuclear strike.