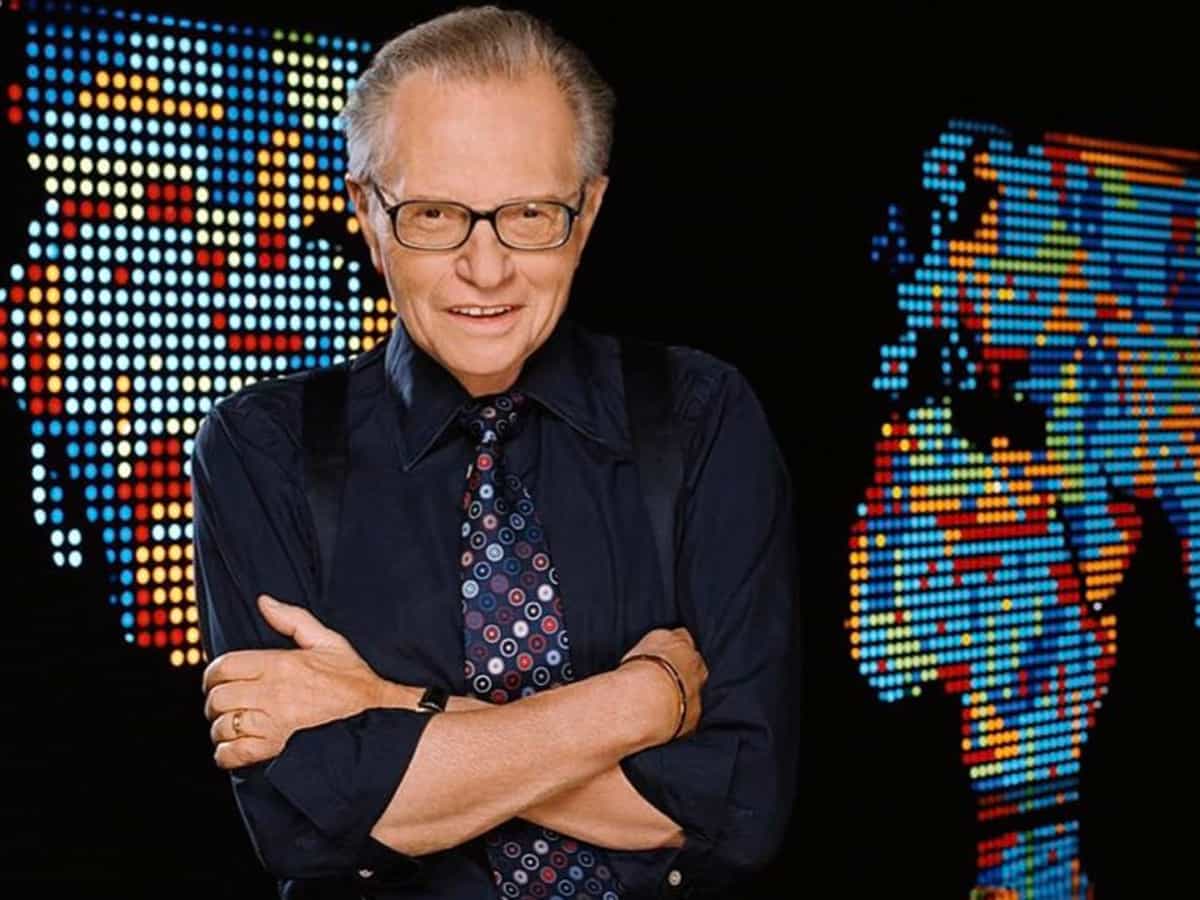 Larry King, the man sporting suspenders, whose interviews with global leaders, popular actors and even ordinary people, helped define American conversation for nearly 50 years, died on Saturday. He was 87.

King died at Cedars-Sinai Medical Center in Los Angeles, tweeted Ora Media, the studio and network he co-founded. The cause of his death was not mentioned but CNN, earlier, reported that he was hospitalised with Covid-19.

From 1985 to 2010, he worked as a syndicated radio host and was a nightly fixture on CNN, where he won many honours, including two Peabody awards.

With his celebrity interviews, political debates and topical discussions, King was a popular personality on air. He also set himself apart with the curiosity he brought to every interview, whether he questioned the assault victim known as the “Central Park Jogger” or billionaire industrialist Ross Perot, who in 1992 rocked the presidential contest by announcing his candidacy on King’s show.

In its early years, “Larry King Live” was based in Washington, D.C., which gave the show an air of gravitas. Likewise King.

King conducted nearly 50,000 on-air interviews. In 1995, he presided over a Middle East peace summit with PLO Chairman Yasser Arafat, King Hussein of Jordan and Israeli Prime Minister Yitzhak Rabin. He welcomed everyone from the Dalai Lama to Elizabeth Taylor, from Mikhail Gorbachev to Barack Obama, Bill Gates to Lady Gaga.

After he relocated to Los Angeles, his shows were frequently breaking celebrity news, including Paris Hilton talking about her stint in jail in 2007 and Michael Jackson’s friends and family members talking about his death in 2009.

While his interviews gained more viewership, King boasted of never over-preparing for an interview. His non-confrontational style relaxed his guests and made him readily relatable to his audience.

He was just 18 when he married high school girlfriend Freda Miller, in 1952. The marriage lasted less than a year. In subsequent decades he would marry Annette Kay, Alene Akins (twice), Mickey Sutfin, Sharon Lepore and Julie Alexander.

In the recent decades, Larry King had many other medical issues, including more heart attacks and diagnoses of type 2 diabetes and lung cancer. Early in 2021, CNN reported that King was hospitalized for more than a week with Covid-19.