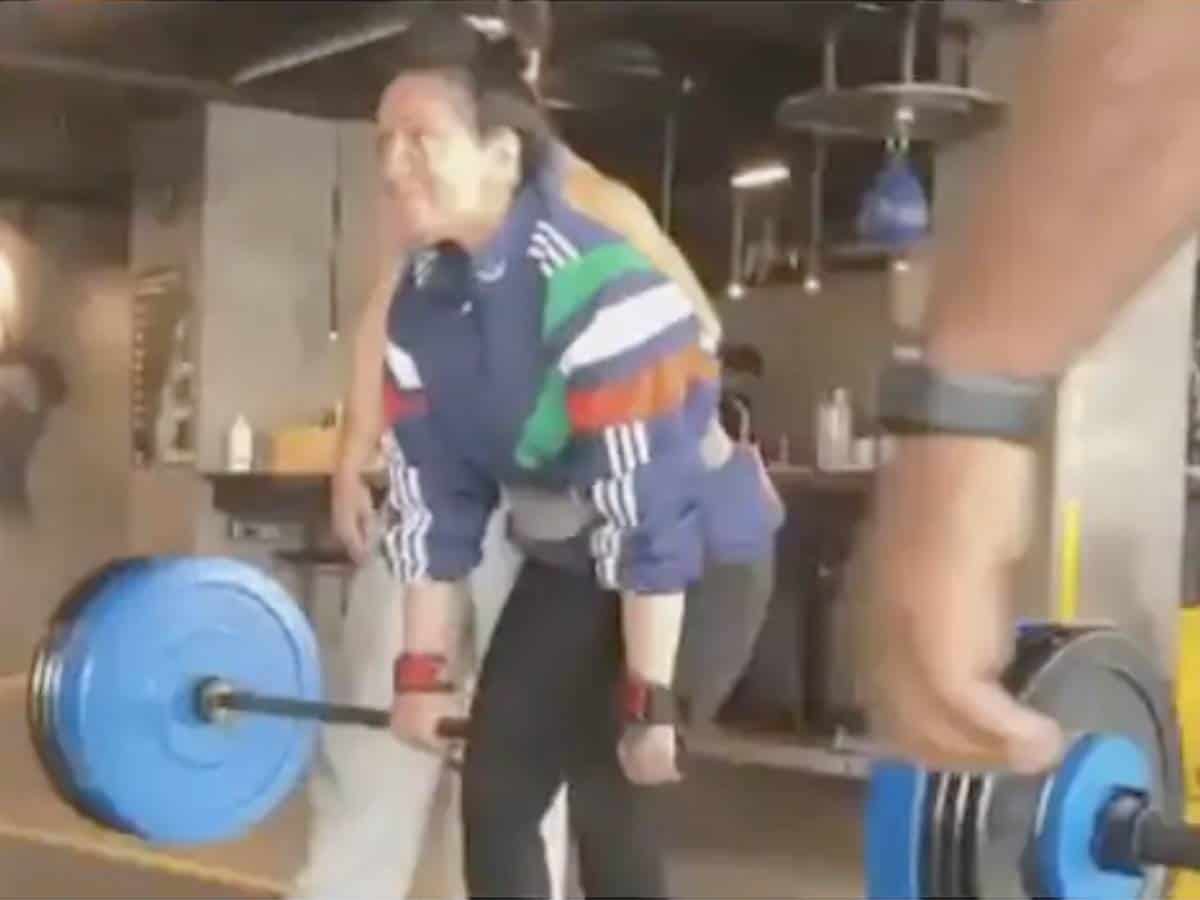 Bollywood star actor Tiger Shroff is well known for his muscular body and the ‘War’ actor never fails to set up some serious and tough fitness goals for his fans.

But now, his mother Ayesha Shroff is surprising the netizens by giving us some serious fitness goals. Ayesha Shroff, wife of Jackie Shroff was seen deadlifting 95 kgs weight at the gym in her recently shared video on social media which is now going viral.

Tiger was also seen beside her while she showcased her strength by deadlifting. Reacting to the video, Tiger’s rumored girlfriend Disha Patani commented “Insane strength.” Which also raised some brows. Tiger Shroff’s sister Krishna Shroff also wrote, “DAMN, GIRL!!
Looks like I have some major catching up to do”.

On the other hand, Tiger has recently released the second single from his next titled Casanova. After ‘Baaghi 3’, Tiger has been away from movies and will now prepare for the shoot of Ganapath soon.