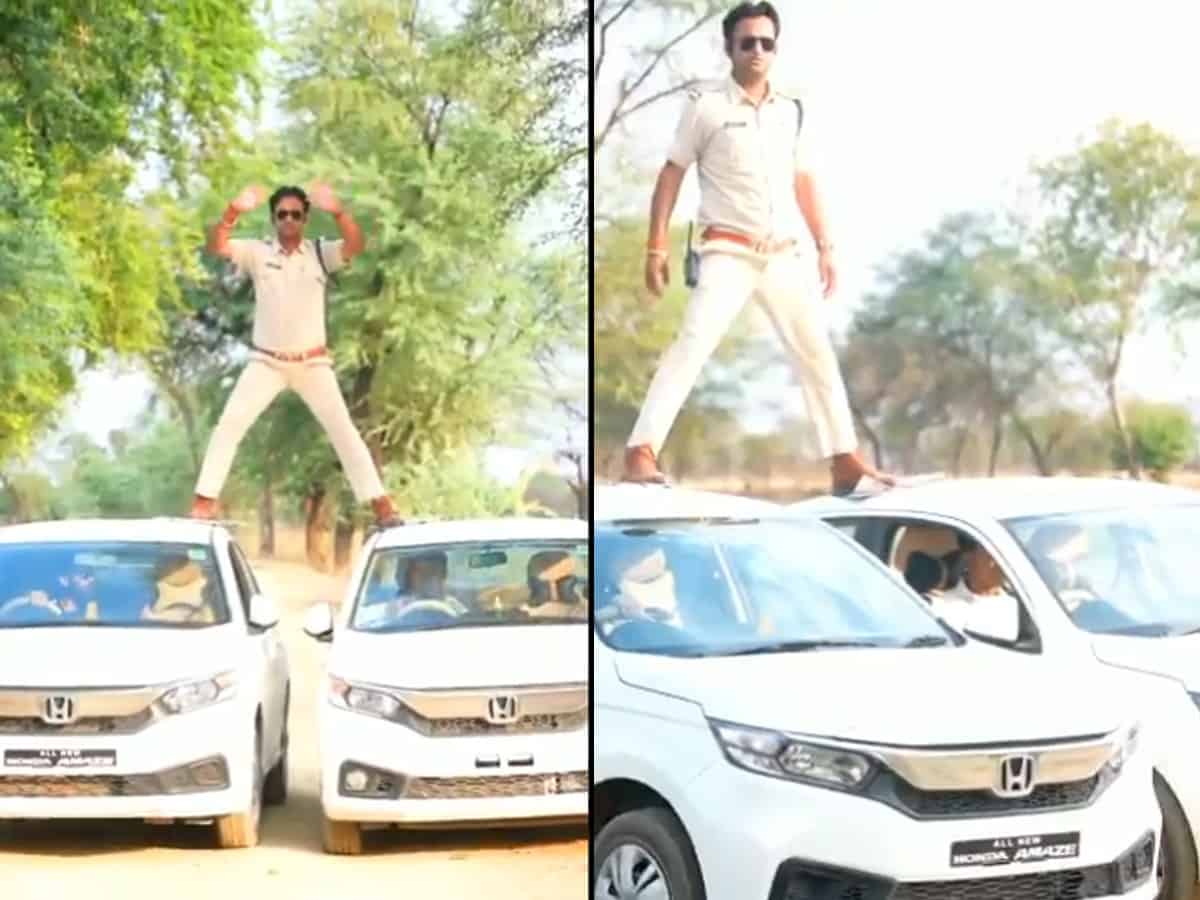 If you are a follower of Bollywood films and happenings over there, you might not have missed the very famous parallel-vehicle stunts of Ajay Devgan. The senior Bollywood actor had been doing these stunts on bikes and cars for a long time and it has the star hero standing on both the moving vehicles with one leg on each.

Though it was performed with proper safety measures taken in the movies, inspired by those risky stunts, a real-life cop enacted the same, only to get a show-cause notice from the authorities. A Sub Inspector from Madhya Pradesh was seen enacting the stunt while he stands on two moving SUVs and throws some style and attitude with his uniform and shades on and with Singham movie background music played along.

The video went viral on social media and he was served a show-cause notice for doing unnecessary and dangerous movie stunts, that too on duty in uniform when the police force is struggling to handle the coronavirus related responsibilities every day.

The movies and star heroes will have a great influence on the general public, but a Sub Inspector getting carried away like a normal fan is something unusual and irresponsible.