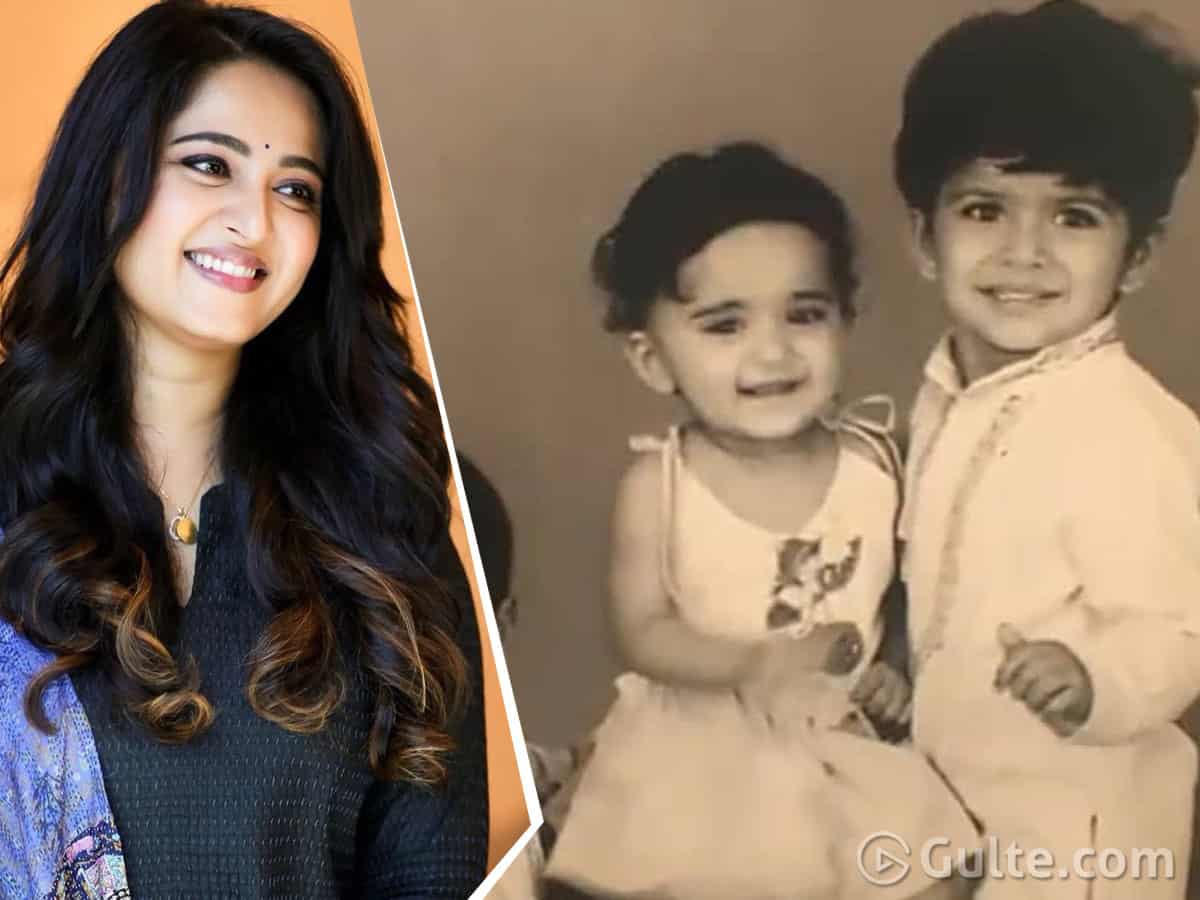 Tollywood’s ultimate beauty queen, Anushka Shetty’s childhood picture is doing rounds on the internet. This adorable black and white picture has Anushka in a cute frock, with a heart-melting smile.

Anushka looks angelic and her expression of innocence is intact till date. Anushka was surely one adorable baby with glittering eyes and pleasant features. Along with this talented actress, her brothers’, Gunaranjana and Sai Ramesh was also seen posing in the frame. The brothers wore cute kurta pyjamas for the picture. The trio looks awe-striking with a big smile happy faces.

Born in Mangalore in 1981, Anushka’s picture certainly looks like it was taken when she was around 14-16 months old. Her bundle of innocence and cuteness are a few of the special traits that people find intriguing in her. In spite of massive stardom, Anushka is known for being down to earth and authentic on all levels. On the work front, Anushka Shetty, who was last seen in Nishabdham, is in talks for a film with UV Creations. More details on the same are awaited.