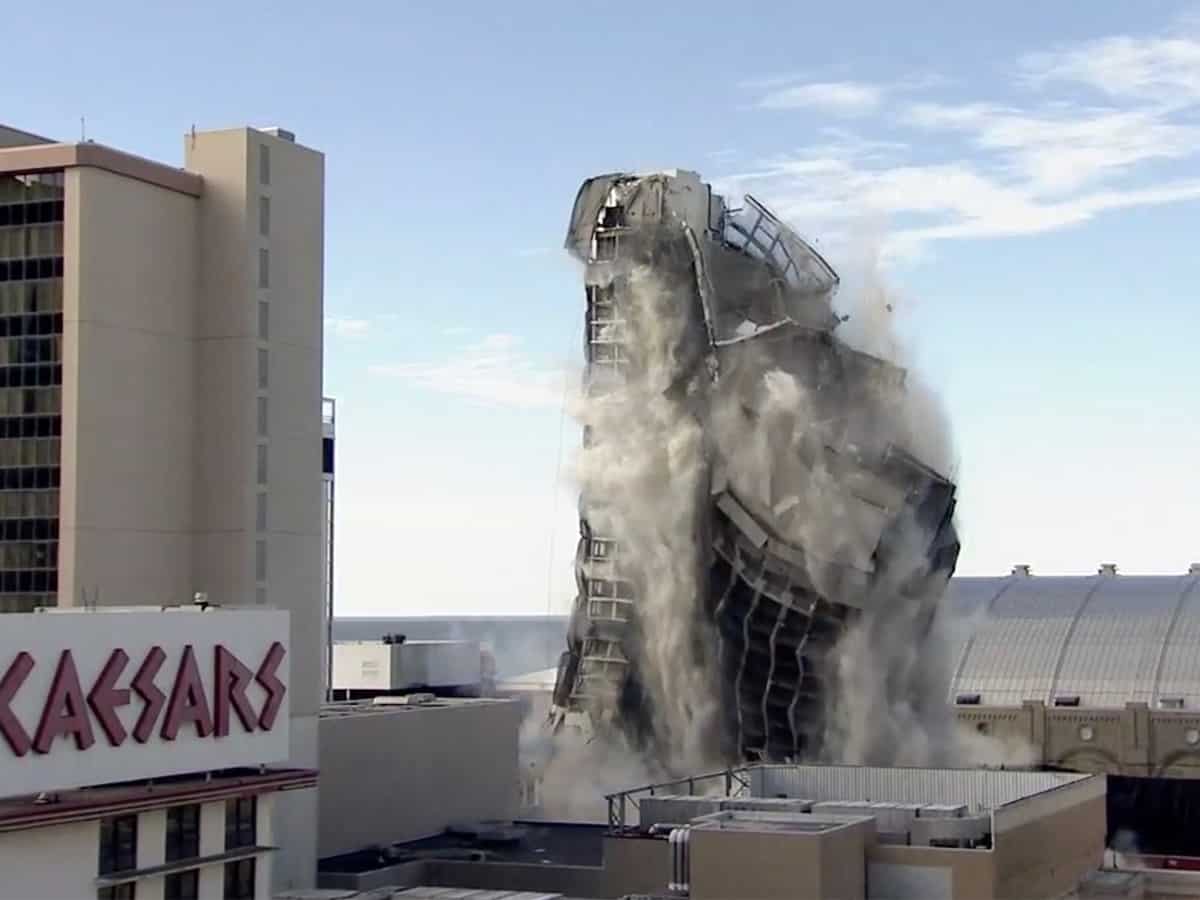 Former US President Donald Trump’s casino in Atlantic City was demolished. The Plaza casino was brought down to rubble with dynamite implosion, just in 30 seconds.

Trump Plaza Hotel and Casino in Atlantic City was the worst-performing casino before it was permanently closed in 2014. The casino was opened in 1984 and it hosted parties for many biggies in the US. Popular Film stars, rockstars, and sportspeople were among those who partied at Trump Plaza. It filed bankruptcy and finally was shit down in 2014.

The Plaza was put down at around 9 am on Wednesday with a series of dynamite explosions. The building came down to the ground and the video showed the big cloud of dust in the area of the Atlantic City boardwalk.

There were people cheering during the demolition. They have paid $10 to watch the historic moment from their cars. The city mayor Marty Small said the remaining pile of rubble was about eight stories high and would be removed by June. It was the last casino in Atlantic City to bear Trump’s name. The Trump Taj Mahal was changed as Hard Rock Hotel and Casino and Trump Marina changed its name to Golden Nugget Atlantic City.