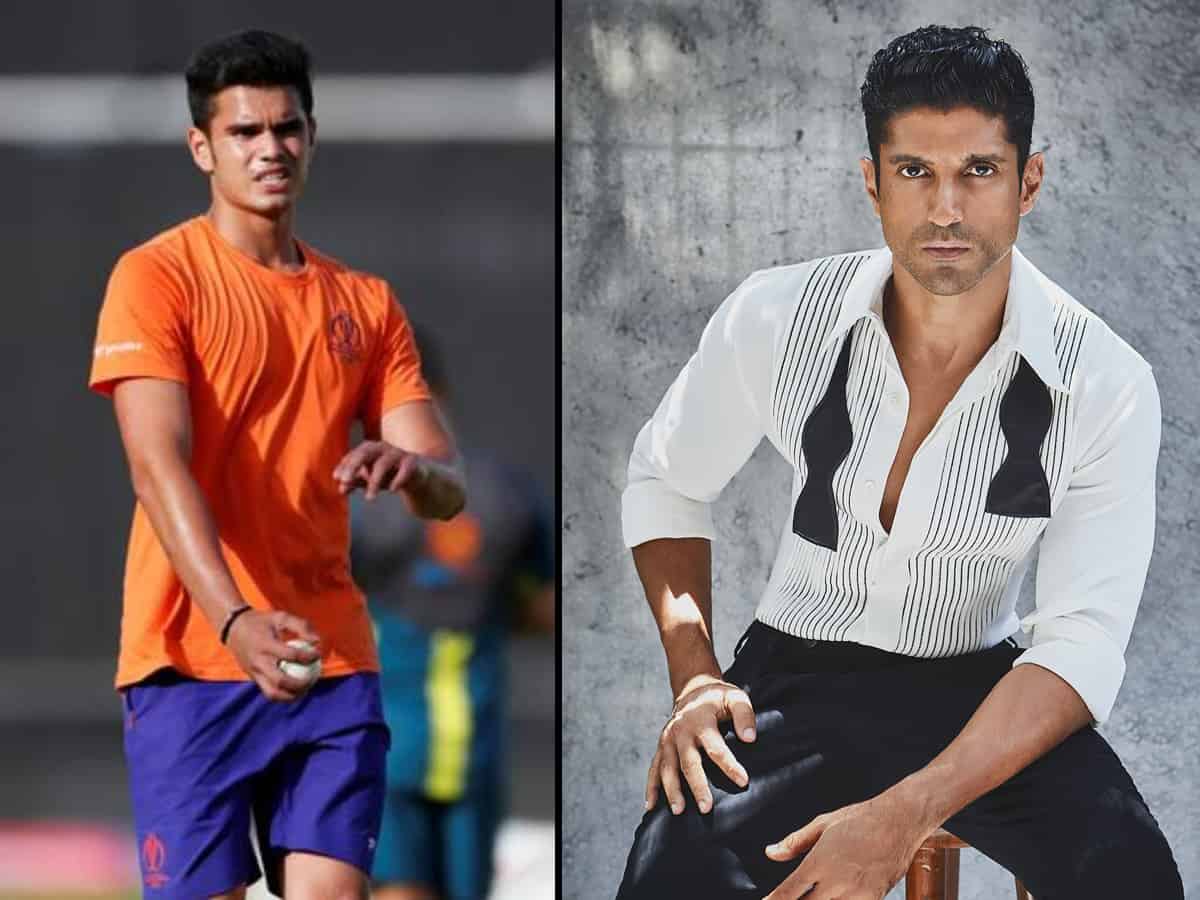 The debate has been going on social media. Many cricket fans and critics were seen questioning this with a ‘nepotism’ angle. While many were in support of Arjun Tendulkar, Bollywood actor-director Farhan Akhtar comes in as solid support to the aspiring young cricketer. Farhan Akhtar tweeted support to Arjun Tendulkar asking people not to weigh him down even before he’s begun.

The tweet by Farhan Akhtar reads, “I feel I should say this about #Arjun_Tendulkar. We frequent the same gym & I’ve seen how hard he works on his fitness, seen his focus to be a better cricketer. To throw the word ‘nepotism’ at him is unfair & cruel. Don’t murder his enthusiasm & weigh him down before he’s begun.”

There is a criticism arising in the social media about Sachin’s tweets weeks back opposing Rihanna’s tweet throwing international light on farmers’ protest. Many were seen asking, ‘No one picked him up in the first round. But he was picked in the second round on His Base Price. This Base Price(MSP) Is what the farmers are demanding for in written. That’s what his sellout father is opposing.’

After the auction, Mumbai Indians’ director of cricket operations Zaheer Khan too said that all-rounder Arjun Tendulkar will need to prove himself in the IPL this year. Zaheer also said he had spent a lot of time in the nets trying to teach Arjun some tricks of the trade. Zaheer called him a hardworking kid who is keen on learning. The others who were picked up by Mumbai Indians are Yudhvir Charak, Marco Jansen, Piyush Chawla, Nathan Coulter-Nile.