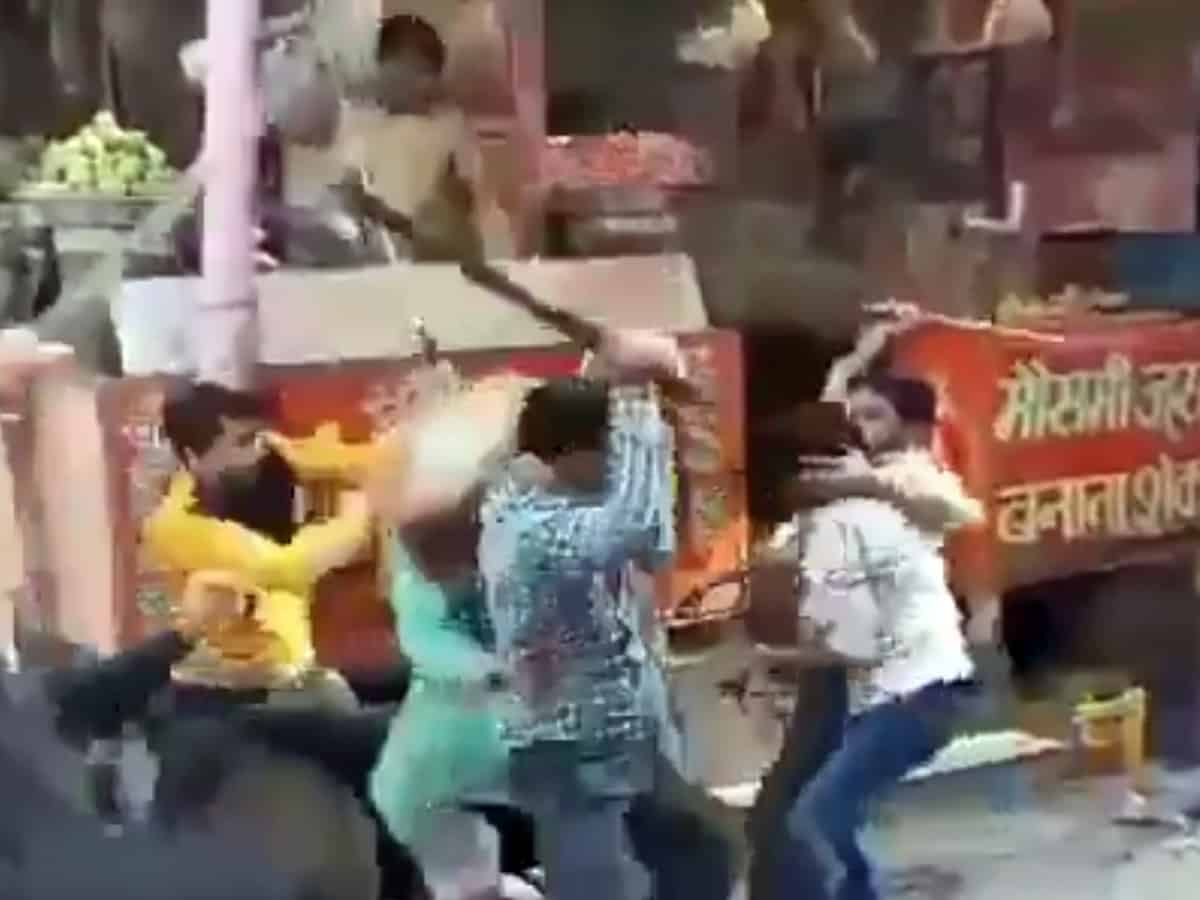 In a shocking incident, two chat stalls in Baraut of UP got into a fight and that led toa big street fight involving their workers, rods, and sticks. The video emerged on social media, where we can see the workers hitting each other ruthlessly with iron rods and sticks.

The fight began between two shopkeepers and workers over getting customers to their shops. It happened in the Athithi Bhavan market area. The ugly fight continued for more than 20 minutes and it was recorded by a bystander.

It was reported that 12 people have been injured and eight have been arrested. There were no serious injuries to anyone, said police in a statement. The Baghpat police have shared a photo of eight men arrested after the scuffle.