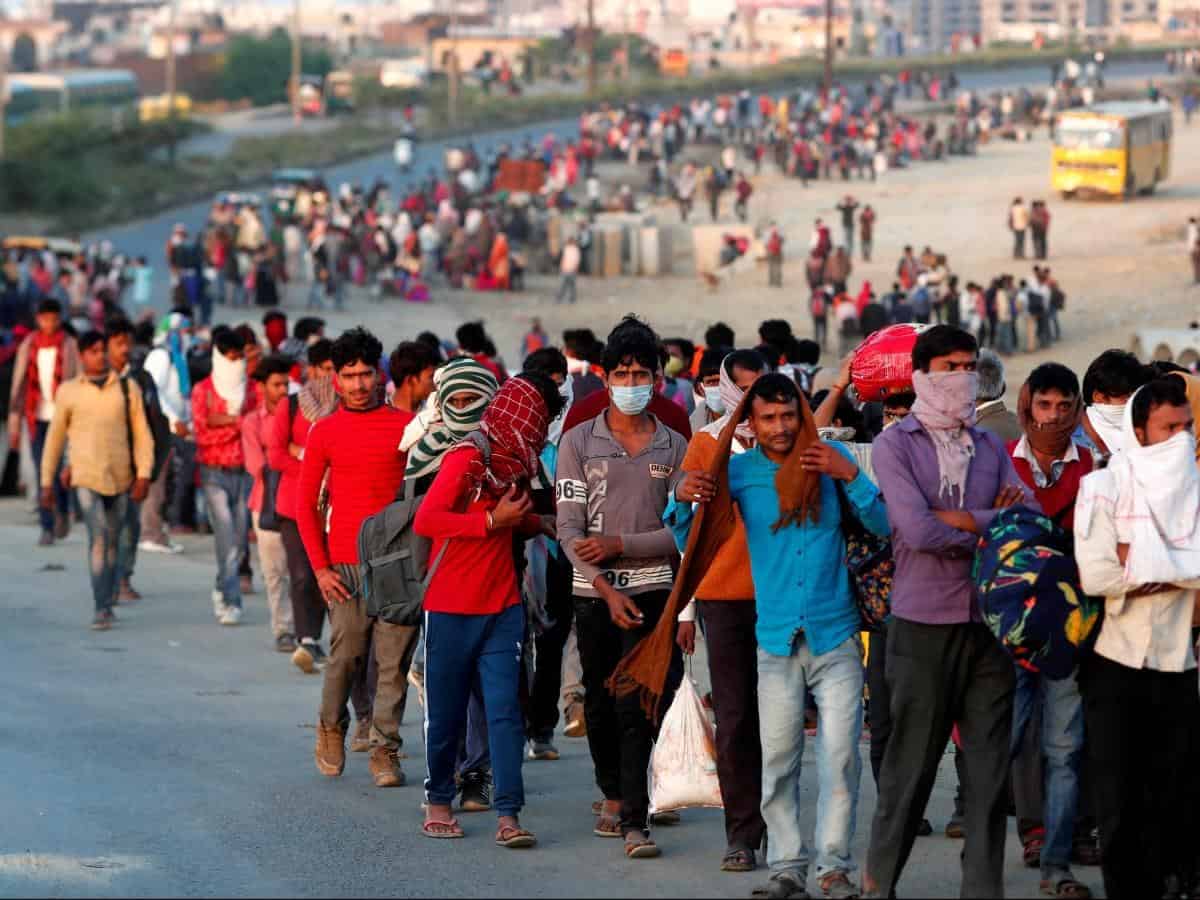 Of all the sections in the society, Covid-19 pandemic seems to have hit the migrant labourers and daily wage workers the worst what with their morale being defeated so much so that they are determined to reach their native places even when it entails an arduous journey.

The declaration of the national lockdown on March 25 was a bolt from the blue which made the life of nearly 139 million migrant workers in the country miserable. Work at construction sites, eateries, godowns and other places came to a grinding halt and some of them even were caught up at their workplaces with no means to move out. Neither did they have any source of income to feed themselves and their family.

The harrowing experience made them realise the need to be with their near and dear, as they felt the closeness would provide them succour and many of the migrant labourers started off the long journeys by foot unfazed by the fact that they would not be able to get food throughout their walkathon, as the lockdown was underway and the threat of Covid-19 which they could contract at any moment.

However, many of the workers believed that they have the immunity to withstand both the physical exertion as well as the risk of coronavirus infection and took the first step, putting all other fears to rest.

The urge to reach their homes made some take up adventures like huddle in milk tankers and even mobile concrete mixers, as police were implementing lockdown strictly. Only vehicles transporting essentials were allowed to move on the roads and the migrant workers tried to make use of them by paying part of their paltry savings. Meanwhile, a few others launched cyclathons to their houses hundreds of kilometres away from their workplaces.

Finally, many of them reached homes while a few among them died of exhaustion and dehydration soon as they reached homes.

Disturbed by the plight of the migrants and their suffering, the central government decided to run Shramik Special trains from various cities to their destinations, with some rules in place. Last week, 16 migrants who were part of a group of 20, started off to their villages in Madhya Pradesh hoping to board a “Shramik Special” train, chose to rest on the rail tracks and were run over by a goods train in Aurangabad district, Maharashtra.

Mishaps apart, fulfilling the conditions and rules put forth by the authorities, which involved getting permissions from the police and district authorities, getting tested for fitness at the railway stations, seemed cumbersome for the migrants. Hence, many migrants, having belief in their energy, are home-bound by foot and even till date, many migrant workers are still on roads.

In fact, the migrant workers can find employment if they stay back in cities, though not immediately but after some time but with their morale being defeated, they have become home sic.