Actress Says Her Breasts Were Edited To Look Bigger On Posters 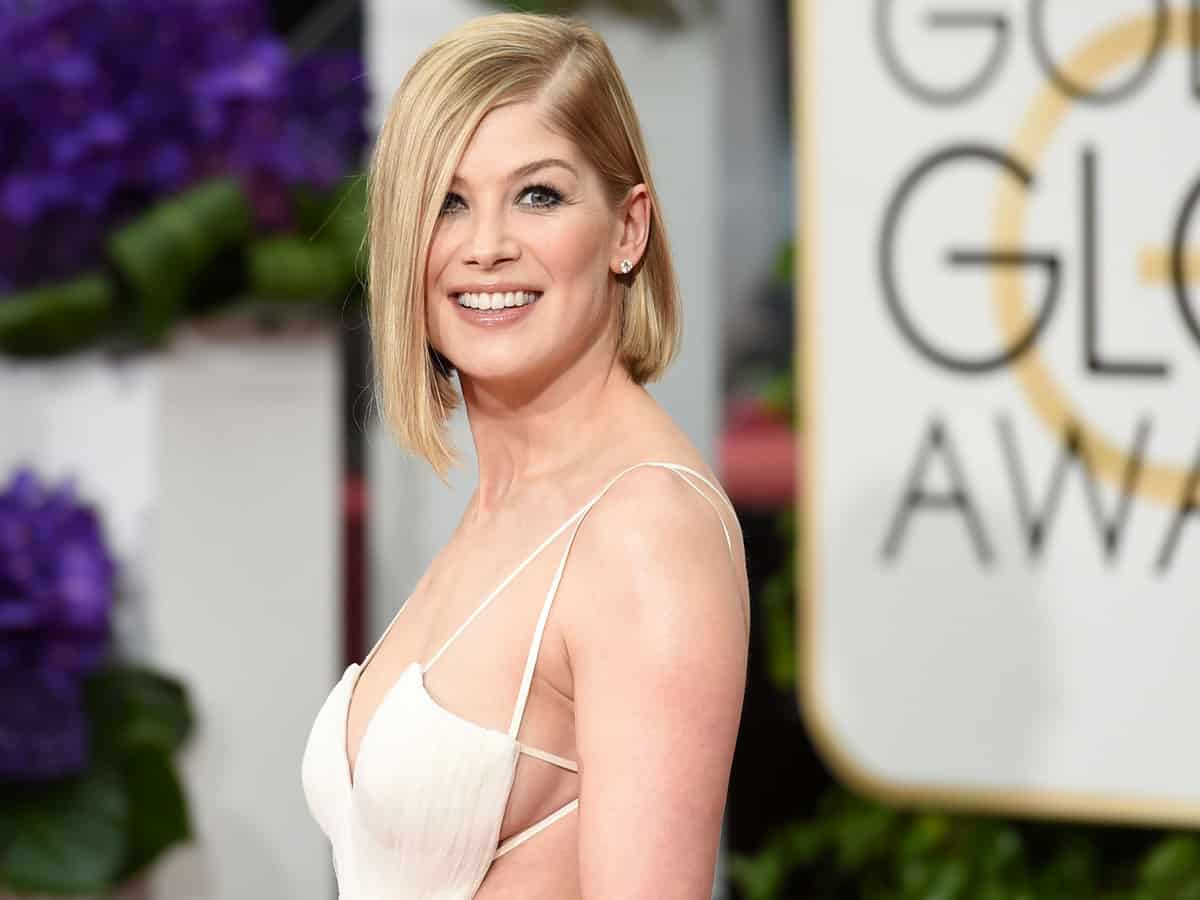 The very beautiful actress Rosamund Pike spoke out the things that many actresses would like to. The Gone Girl actress revealed in her latest interview with Kelly Clarkson that her likeness has been digitally altered on many movie posters. Rosamund Pike says she thinks we are all losing a grip on what we really look like.

In another startling revelation, Rosamund Pike says for some movie posters, even her breasts were edited and that too without her prior consent for that. The actress explained that in the poster for the 2011 comedy ‘Johnny English Reborn,’ her breasts were ‘augmented’ to give a very impressive chest, and she then joked that she doesn’t have in real life.

Revealing another experience with an unknown guy on a flight, who asked Rosamund to FaceTune her selfie and that was when she came to know about FaceTuning. Rosamund says her eyes were changed from green to brown for the poster of the 2020 movie, Radioactive in which she plays scientist Marie Curie. She says there were many times where her images were doctored and she did not notice it.

Earlier, celebrities like Lady Gaga, Zendaya, and Jameela Jamil have all criticized the digital edits of their likenesses.