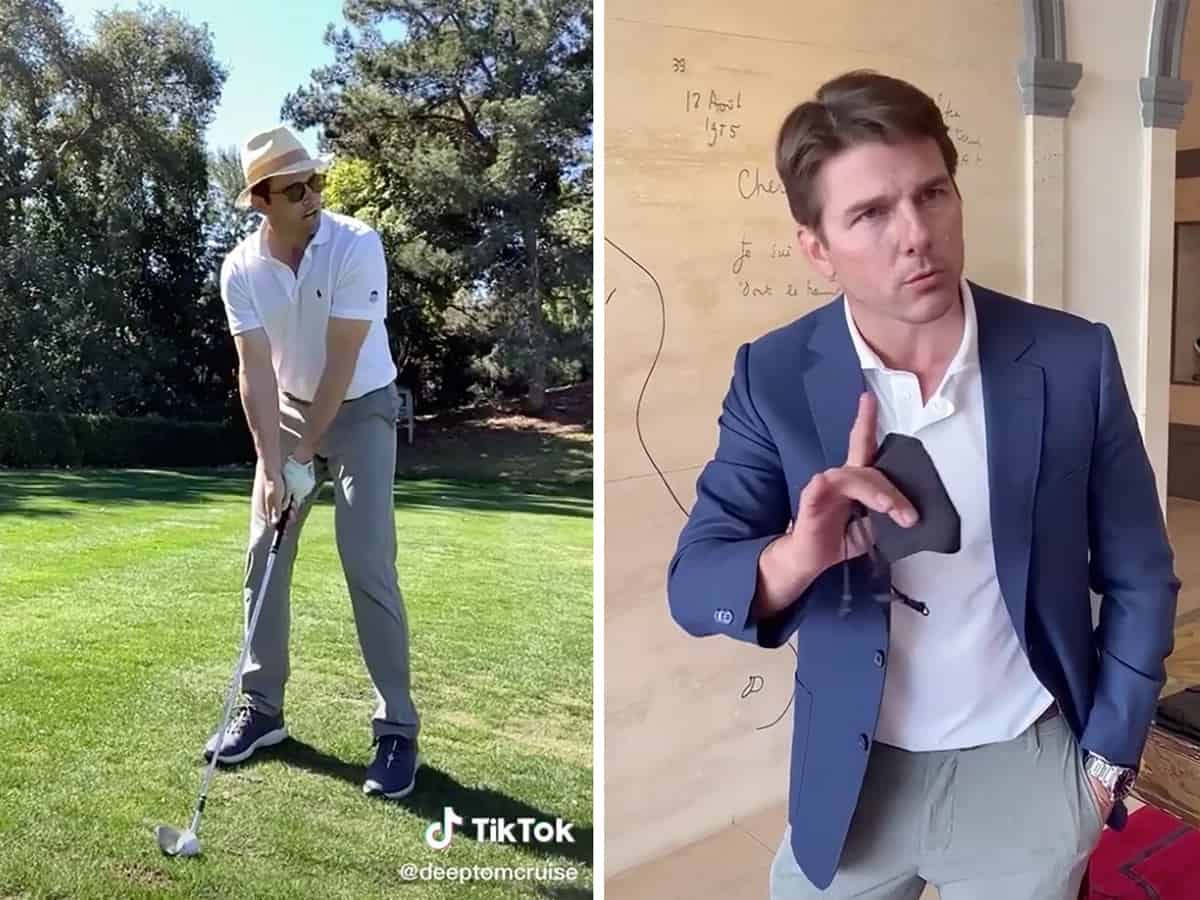 A series of ‘deepfake’ videos of film superstar Tom Cruise has gone super viral. The videos on Tiktok garnered more than 11 million views by Tuesday. Shockingly, the videos have Tom Cruise playing golf, doing the coming disappearing tricks. Many were watching the videos wondering what happened to the very ‘Tom Cruise’ they know and why is he doing the TikTok videos all of a sudden!

The video clips have the ‘Tom Cruise’ in every angle but the fact is that the page’s name is ‘deeptomcruise’ and it is high-tech handiwork of Chris Une, a video visual effects specialist from Belgium. Ume posted and claimed credit for the videos on his LinkedIn page. Ume morphed the face of Cruise impersonator Miles Fisher into a deepfake of Cruise’s face at the end of the video.

The deepfake technology first emerged in 2017 and machine learning is the key tool behind this. A person will feed a computer program hours of real video footage and images of a person to give the machine an understanding and clear picture of what that person looks like from different angles and under various lights.

While the videos are being watched millions of times, the experts are warning that deepfake technology is advancing much faster than most people are aware of and may become a threat too. The experts could tell the difference between real and augmented videos, but it mainly depends on what the general public believes in.