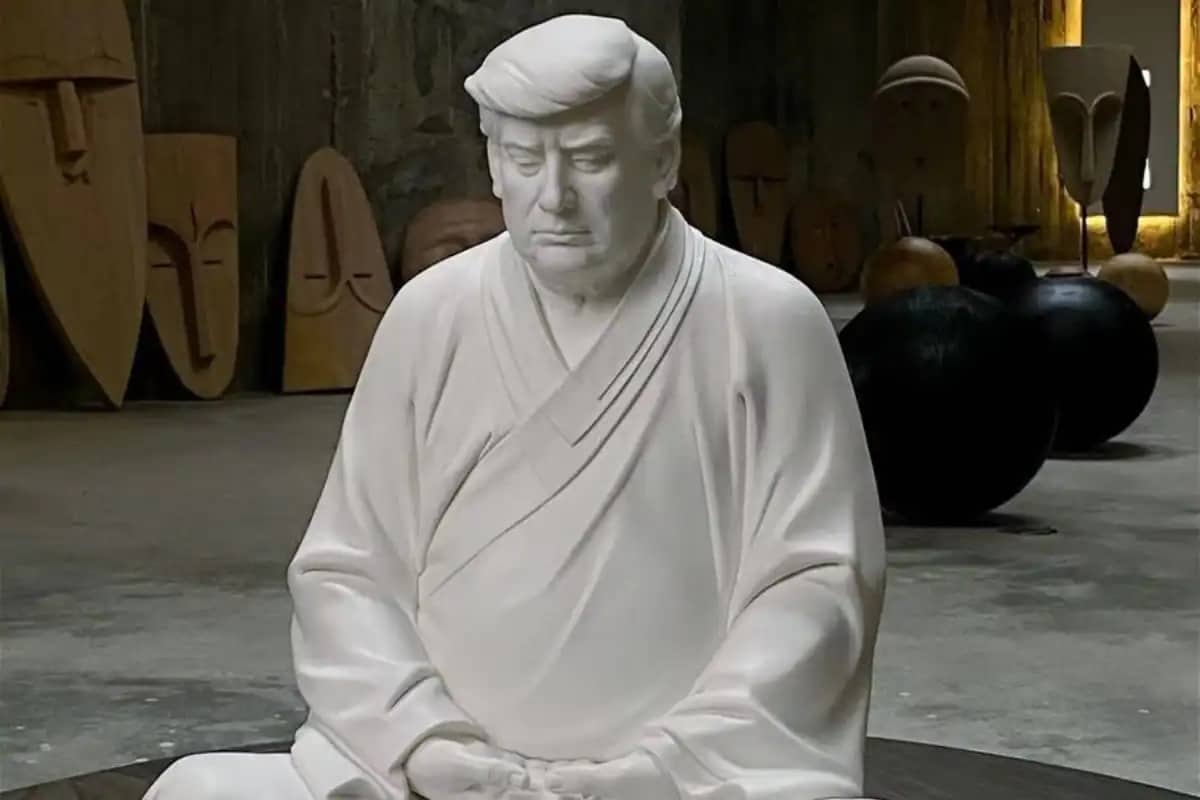 While the statues come in only one pose – Buddhist monk robe and they are offered in two sizes – 18-inch and 6-inch. The 6-inch miniatures are sold at 999 Chinese yuan (USD 150). and the larger 18-inch version is available for 3,999 Chinese yuan (USD 615). These two statues are on Alibaba’s e-commerce site Taobao.

The Trump toys are accompanied by the phrase “Make Your Company Great Again,” a play on the president’s 2016 campaign slogan “Make America Great Again.”

Trump memorabilia’s demand has grown bigger in China ever since Trump lost in the US elections. It can be noted that Trump had made critical remarks against China. Trump’s election campaign was around China being the origin of Covid pandemic. This led a lot of Chinese turning against Trump.

It is buzzed that several Chinese buyers are purchasing the Trump figurine for fun. Other related merchandise includes T-shirts and hoodies, as well as mugs shaped like Trump’s face are selling like hot cakes.