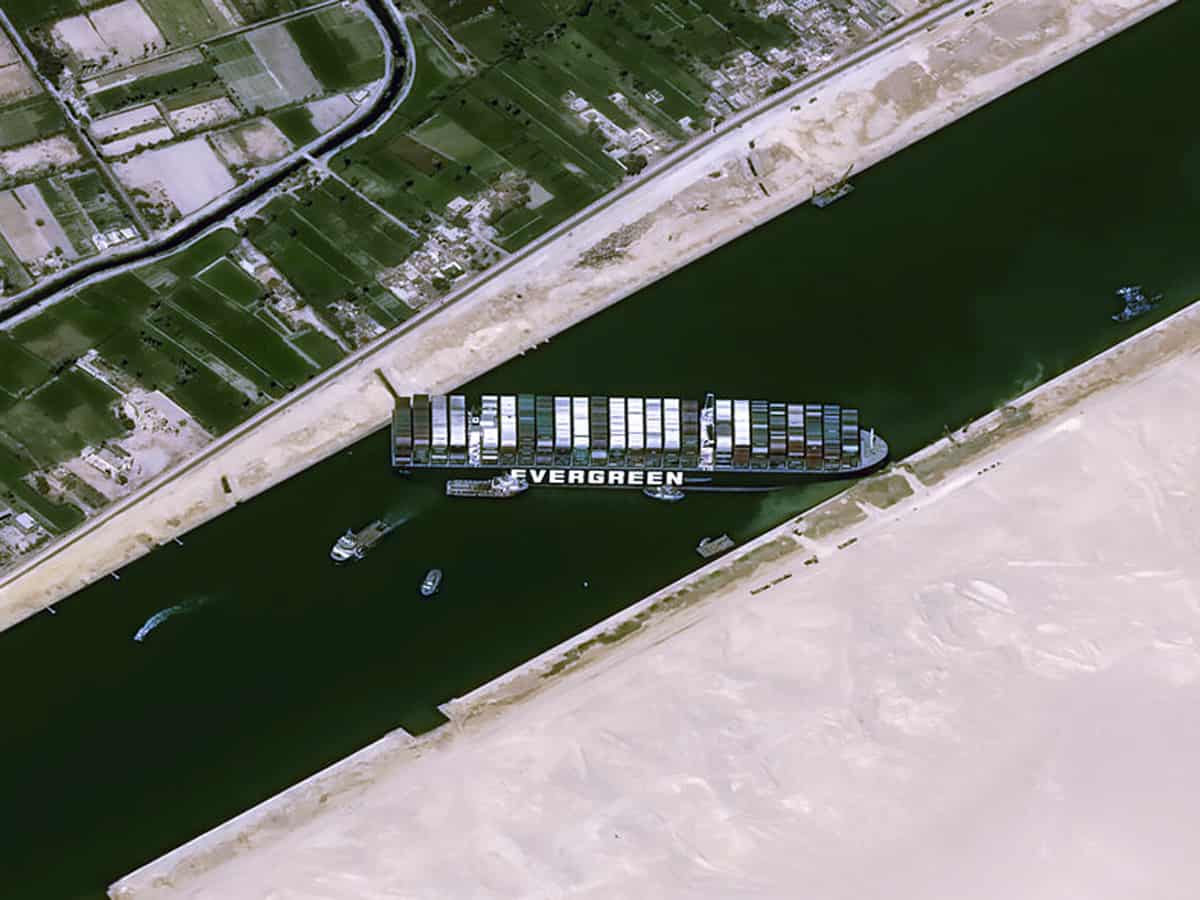 The Egypt’s Suez canal is one of the most important passageways in the world for international trade. It belongs to Egypt and is a man-made waterway linking Red and Mediterranean seas. A Japanese-owned gigantic ship called Ever Given has been wedged in the canal and blocked the path, creating traffic behind and ahead. The ship is operated by a Taiwanese company, Evergreen Marine. Thus, the Suez Canal is all over the news and headlines, bringing huge tension among the people.

It is reported that the bow of the ship is on the canal’s eastern bank while its stern is lodged in the western bank. The Suez Canal is a vital pathway tying The Indian Ocean to the Mediterranean Sea. Furthermore, tying Asia’s economy to Europe through the waterway and from Europe further to Western Hemisphere.

Usually, the Cargo ships cross the narrow passageway one by one to avoid mishaps, but a sandstorm on Tuesday hit Ever Given, thus decreasing visibility and battering the ship with heavy winds. This caused the giant ship to become wedged sideways across the canal. Ever Given is 1213 feet long and 193 feet wide.

Today, the cargo ship blocking the Canal is literally holding up traffic that carries more than ten billion dollars worth of goods every day. Therefore, action must be taken as soon as possible to avoid economic fallout. And to clear the pathway, nearly 20,000 cubic meters (706,000 cubic feet) of sand in the Suez Canal need to be removed to free the gigantic container ship that has been stuck there since Tuesday. Nearly 237 ships are waiting for this blockage to be cleared.

The blockage incident has now lead to many memes on social media as well but, on a serious note, the officials claim that it can take a few weeks to clear the path.

Recalling the history of the Suez Canal, this is not the longest or the worst jam on the canal. The longest traffic jam on the Suez Canal lasted for eight long years. Yes, this sounds scary. Getting stuck on the sea for a massive duration is totally unimaginable. There was no escape and the cause of this jam was a “war” between two neighbouring nations. The canal is a narrow channel of water that connects the Mediterranean Sea to the Indian Ocean via the Red Sea.

The Canal’s construction began in September 1859 and was completed in November of 1869, 10 and a half years later. The Suez Canal is around 190 km in length. Before its opening in 1869, ships had to navigate go across South to Africa then north towards Europe. In fact, India considers the Suez Canal to be of great importance because of the significantly reduced distance to Europe. Without the Suez Canal, Indian ships would have to go around the Cape of Good Hope – Southern tip of Africa and all the way up the west coast of Africa – a much longer and expensive route. The reduced distance has led to faster transportation of Indian products saving an estimated 15 days of journey time on average.

Also, security Improvement has been one of the major benefits for India when it comes to transporting goods on the Suez Canal. It is a secure route and the canal experiences fewer piracy activities as compared to the other routes like the Strait of Malacca (between Indonesia, Malaysia and Singapore) and Bab el-Mandeb (a chokepoint between the Horn of Africa and The Middle East).

The last 40 years were the calmest in the Canal’s history, with only one incident where Sadat’s successor Hosni Mubarak had allowed the US navy to pass through the Suez Canal to invade Iraq in 2003, other than that there were only expansions constructed in the Canal, the last and the most recent one was officially completed in August 2015.

Check some of the memes here..