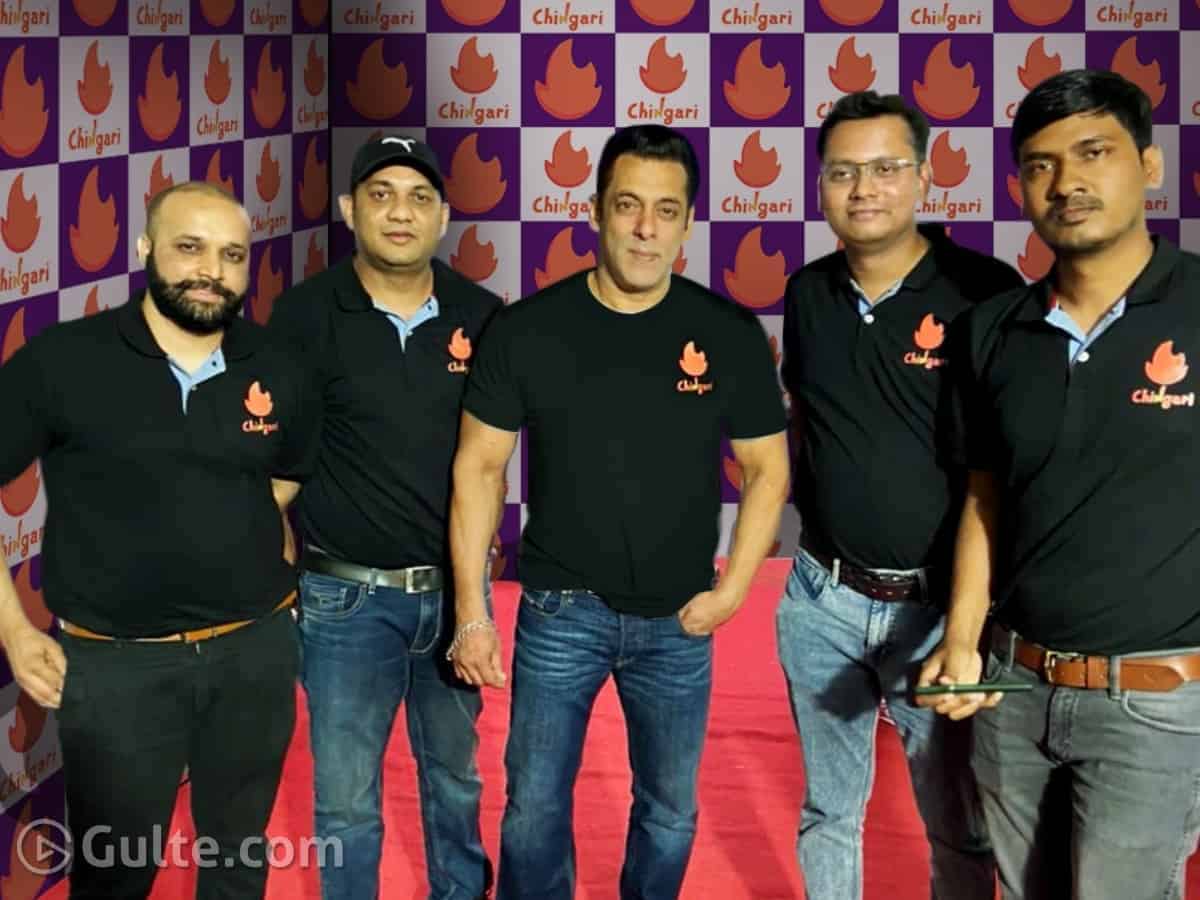 Chingari, a homegrown short video app, has announced Bollywood superstar Salman Khan as its global brand ambassador and investor. The company had raised over $1.4 million from its blue-chip backers global wide by December 2020. It recently also closed a fresh round of funding of $13 million led by OnMobile, a mobile entertainment company.

Now that Salman Khan has invested in Chingari, the company said that it is looking forward to increasing its position as the market leader. “It is our pleasure to have Salman on board as one of our global brand ambassador and investor. We are confident that our association will power Chingari to scale greater heights in the near future,” said Sumit Ghosh, Co-founder and CEO, Chingari.

Currently, the app garnered more than 56 million users in India and Salman said that he is proud to see Chingari shaping up well in a short period of time. It is basically a great platform for people, both in rural and urban areas to showcase their talents. Chingari allows its users to download and upload videos, besides chatting and browsing.

The app is available in 12 languages and it has partnered with Bengali on-demand streaming service Hoichoi for short-video clips and dialogue from shows and movies on the platform. Chingari also partnered with Ekta Kapoor’s ALTBalaji for bite-sized content and video memes. On Thursday, the company announced a Rs 94.25 crore or $13 million financing round led by OnMobile.