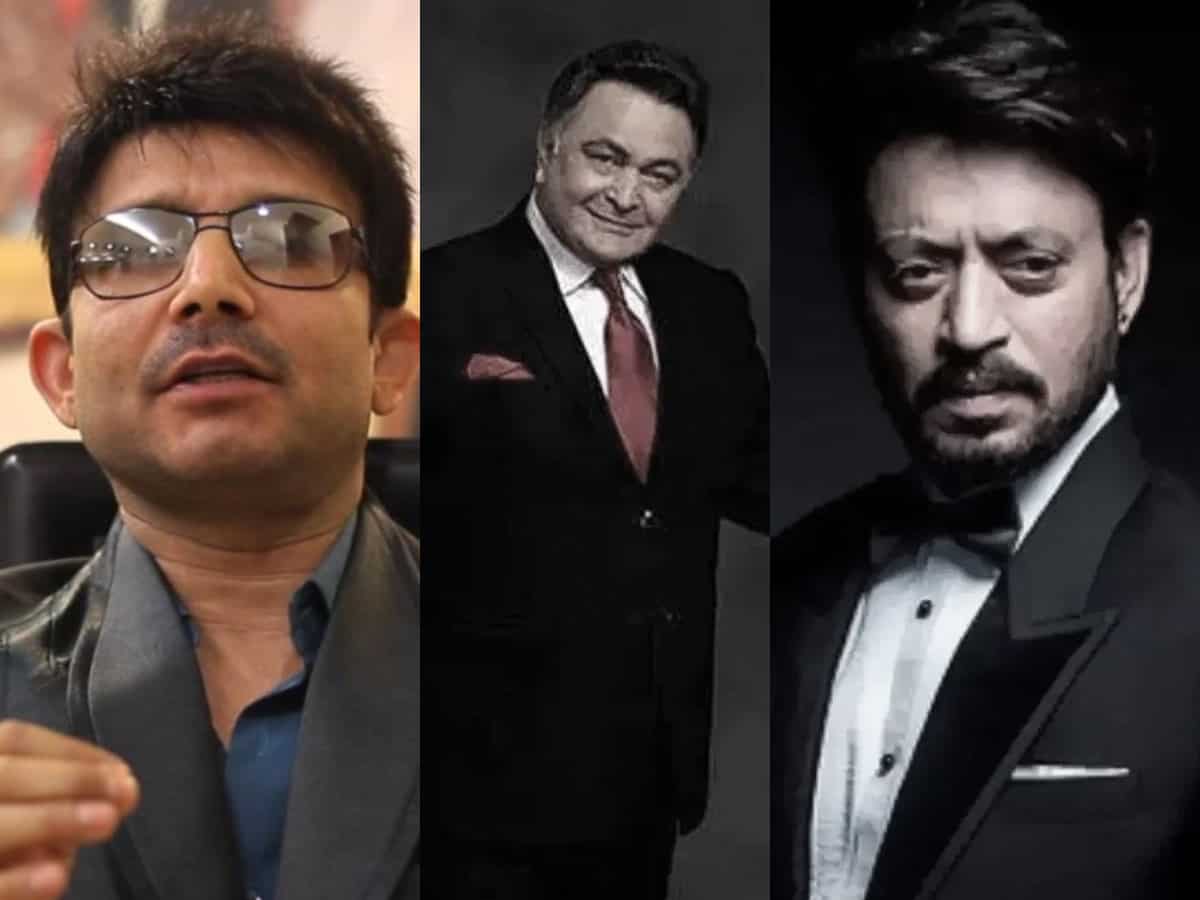 Actor and producer Kamaal R Khan always finds himself embroiled in controversies or legal troubles. Known to be a motormouth and disrespectful to many stars on several occasion, this time he passed derogatory comments on late actors Rishi Kapoor and Irrfan Khan. Passing derogatory comment on the late superstar Rishi Kapoor he had mentioned in his tweet of how the actor should not die as wine shops would be soon opened. Rishi succumbed to Cancer last month.

According to media reports, he had insulted late actor Irrfan Khan just a day before he breathed his last. As per reports in PTI, an FIR has been filed against KRK for his nasty comments, by Rahul Kanal the core committee member of Yuva Sena. A senior police official confirmed the same and said, “We have registered an FIR against Kamal R Khan for making derogatory remarks about both the deceased actors under section 294 (punishment for obscene acts or words in public) and other provisions of the IPC.”

The FIR was lodged by Yuva Sena on Wednesday and the news was confirmed by the police official on Thursday.

So far no arrest has been made by the police official further states the news report. It is sad that KRK would use a public platform to denigrate actors who have passed away due to illness.