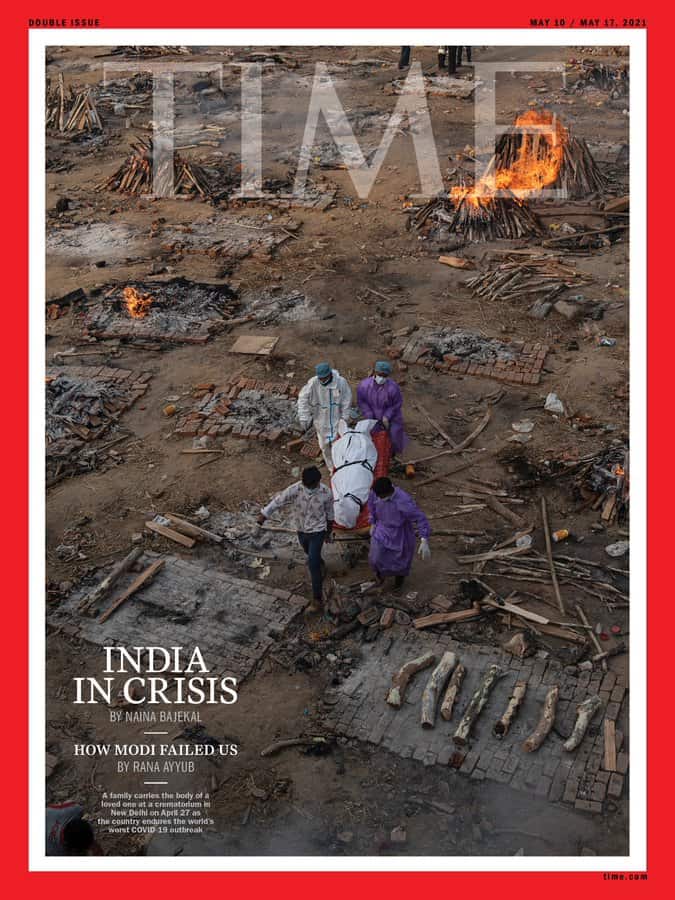 India’s national capital is already the most polluted city in the world and in the last few weeks, the burning of bodies and smell has filled the atmosphere. Crematoria are burning multiple bodies at a time and are witnessing huge rush and it’s never before seen in New Delhi is what US popular magazine TIME has reported.

On its cover, the title was ‘India In Crisis’ with people carrying a corpse on the backdrop of a crematoria. TIME claimed that the situation in India is due to the ineffective leadership of Prime Minister Narendra Modi and his policies. The slogans such as ‘Make In India’ were good but on the ground reality, they did not work out the way the government anticipated and this has led to the spread of coronavirus in the country.

TIME criticised politicians across India too. “Just when the virus effect was coming down in the country, politics and elections were responsible for an outbreak worse than the first wave. The experiments of PM Modi are also one of the prime reasons,” added TIME magazine.

But will the government of India hold responsible for this horrible crisis?