Video: 500 Women Gathered To Offer Prayers To Get Rid Of Covid! 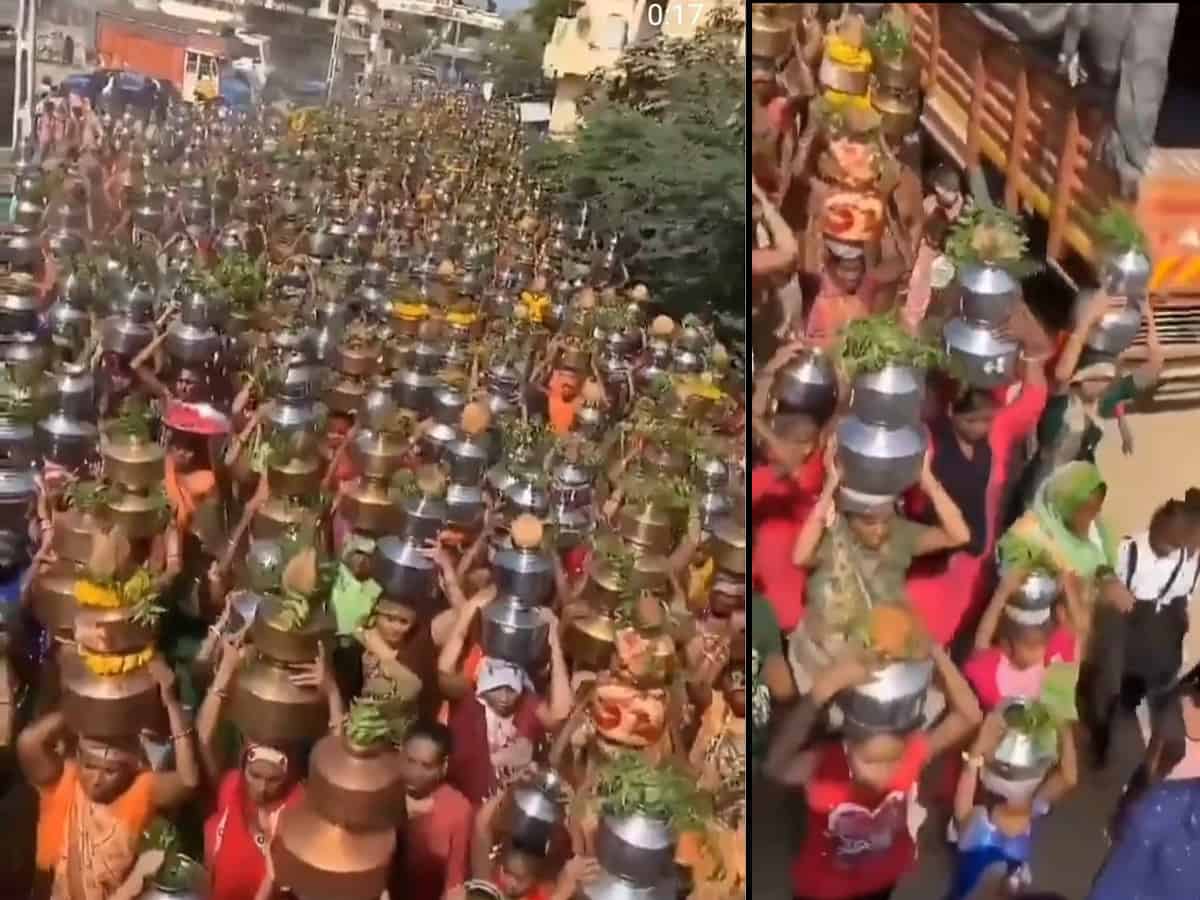 Despite COVID restrictions in the country, women in large numbers gathered to offer prayers at a temple in the Ahmedabad district. The video of the same surfaced online and it drew a lot of attention as well as criticism. As soon as it went viral, the officials have acted on 23 people responsible for the same, including the village Sarpanch.

Going into the details, over 500 women gathered in a village called Navpura of Ahmedabad district to offer prayers at the Baliyadev temple. Carrying water pots on their heads, they all walked towards the temple. None in the video wore masks. There were also several men seen in the video and no safety precaution has been taken by them.

The video garnered attention and Ahmedabad rural police took appropriate action on them. According to the police, the villagers believed coronavirus will just go away if water is poured on the Baliyadev temple, because of which they gathered in large numbers.

23 villagers and sarpanch Gafabhai Thakor were arrested for organizing this event. Deputy Superintendent of Police, Sanand Division, KT Kamariya has confirmed the same with the media. He booked them for violating a police notification regarding public gatherings under section 188 of the Indian Penal Code and the Disaster Management Act and the Epidemic Diseases Act.