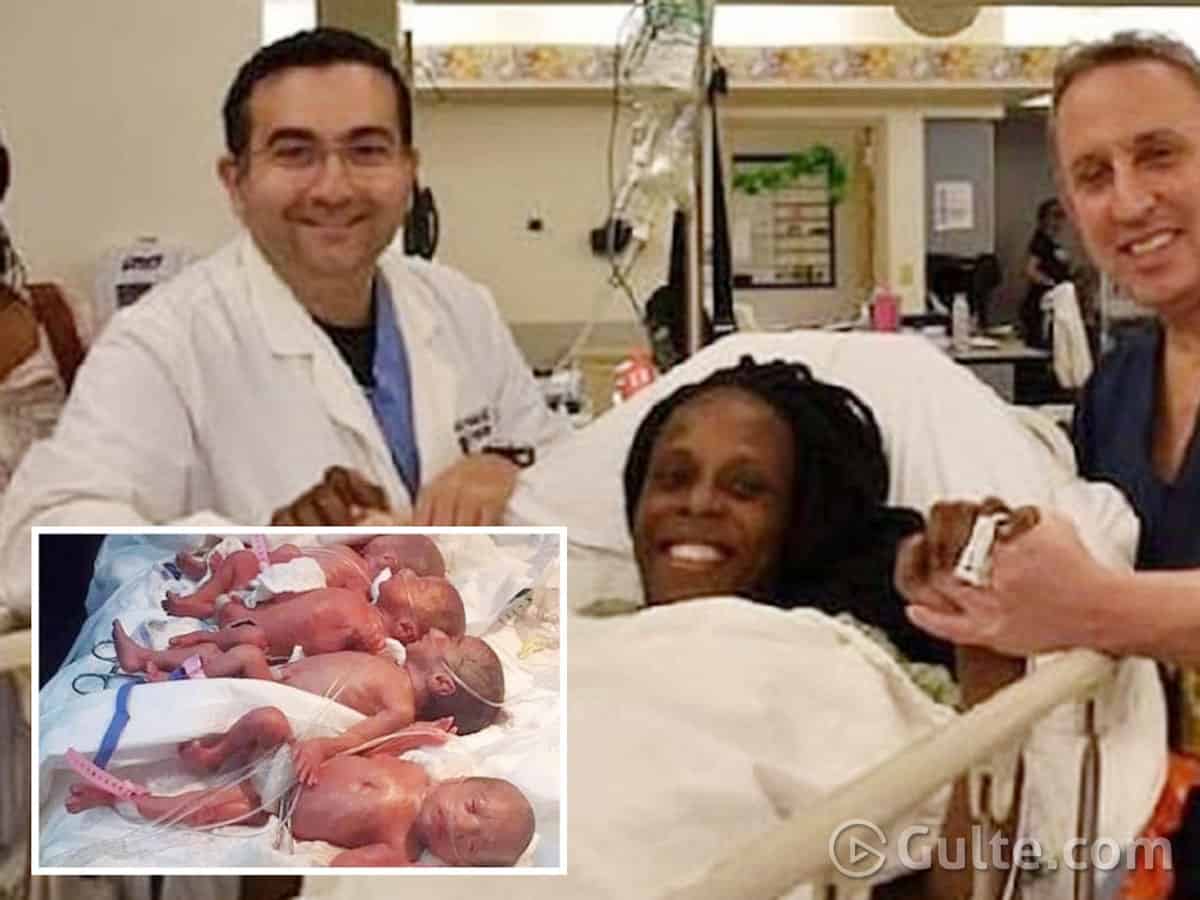 In a rare incident a woman has given birth to nine babies and this has become sensational news all over. The woman is identified as 25-year-old Halima Cisse who hails from Mali, which is to the west of African continent. Initially the doctors detected only seven babies in Cisse’s womb through ultrasound.

During the last week of March, Cisse was flown down to Morocco, the neighbour country for better treatment and on March 30th the doctors performed caesarean for her. To their shock, the doctors noticed two more babies and the delivery surgery went successful.

“The new born babies (five girls and four boys) and the mother are all doing well,” said the Mali’s health minister in a statement. But the doctors are not optimistic about the health of the nine babies as well as the mother Cisse. Special care is being given to babies at the expense of Mali health ministry and only after Cisse regains full strength, she would be returning to her home.

Very rarely have we heard cases of women giving birth to seven babies and this case of nine babies should definitely go in the Guinness World Records.