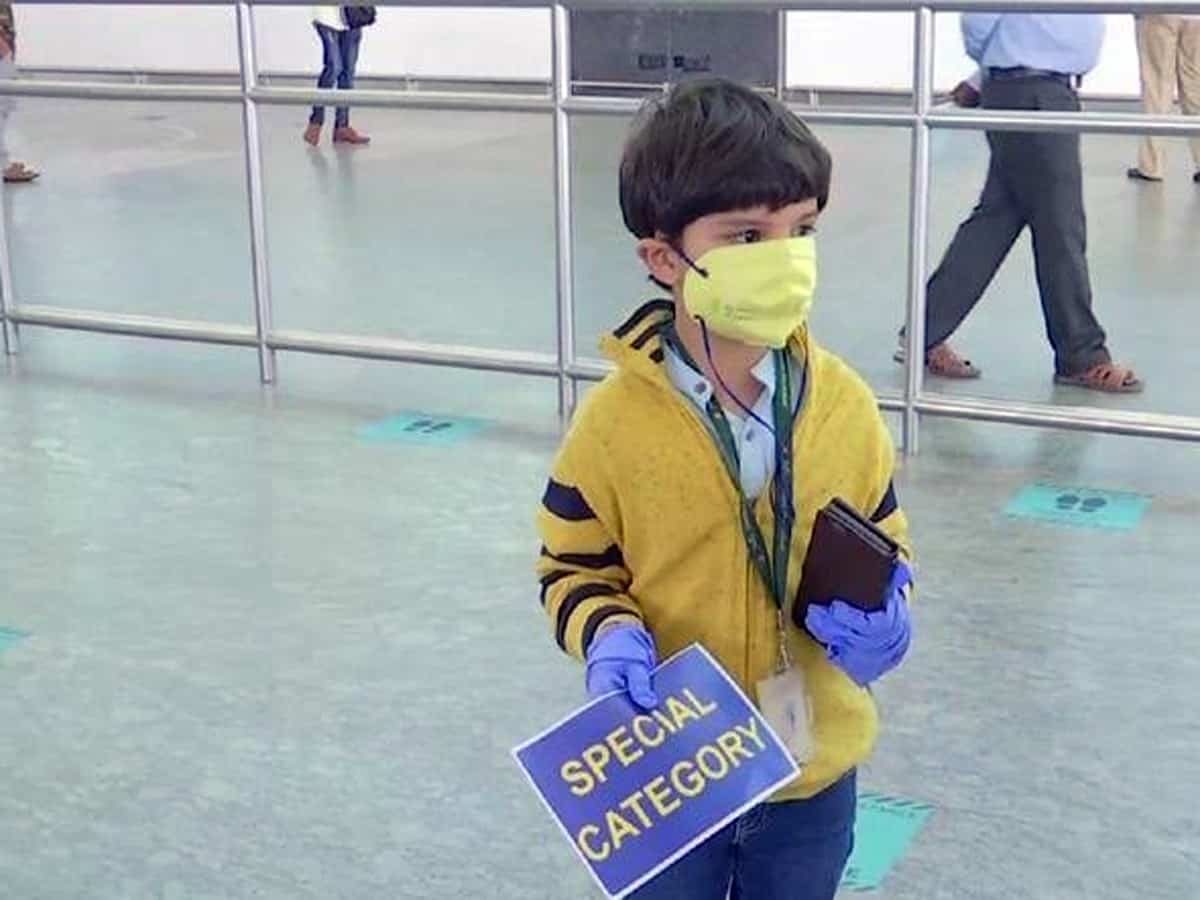 The lockdown has done so many vile things that we humans never even dreamt of. Separating families, emptying busy streets, deserting cities, losing jobs, no socializing and many more. With a number of families split at different places, the flights resuming its operations have brought a great relief among them.

The little boy was seen wearing a yellow jacket and mask paired with blue gloves and he looked confident. He was properly dressed as per the guidelines and behaved thoroughly to avoid getting contracted with the virus. He was seen reuniting with his mother at Bengaluru’s Kempegowda International Airport on Monday.

It was said that Vivan Sharma went to his grandparents’ house in Delhi as a part of his vacation. However, he was struck ever since March and was unable to return Bengaluru due to coronavirus lockdown. As soon as flights began operations on May 25, Vivan’s grandparents put him on the first flight from Delhi.

Also, the airline staff have said to have taken good care of the kid, which needs special mention. As 82 flights from Delhi have been cancelled today, it is sheer luck that the boy reached safely to Bengaluru, without getting into chaos.