Stunning Pic Of A Galactic Cluster 3.5 Billion Light-years Away 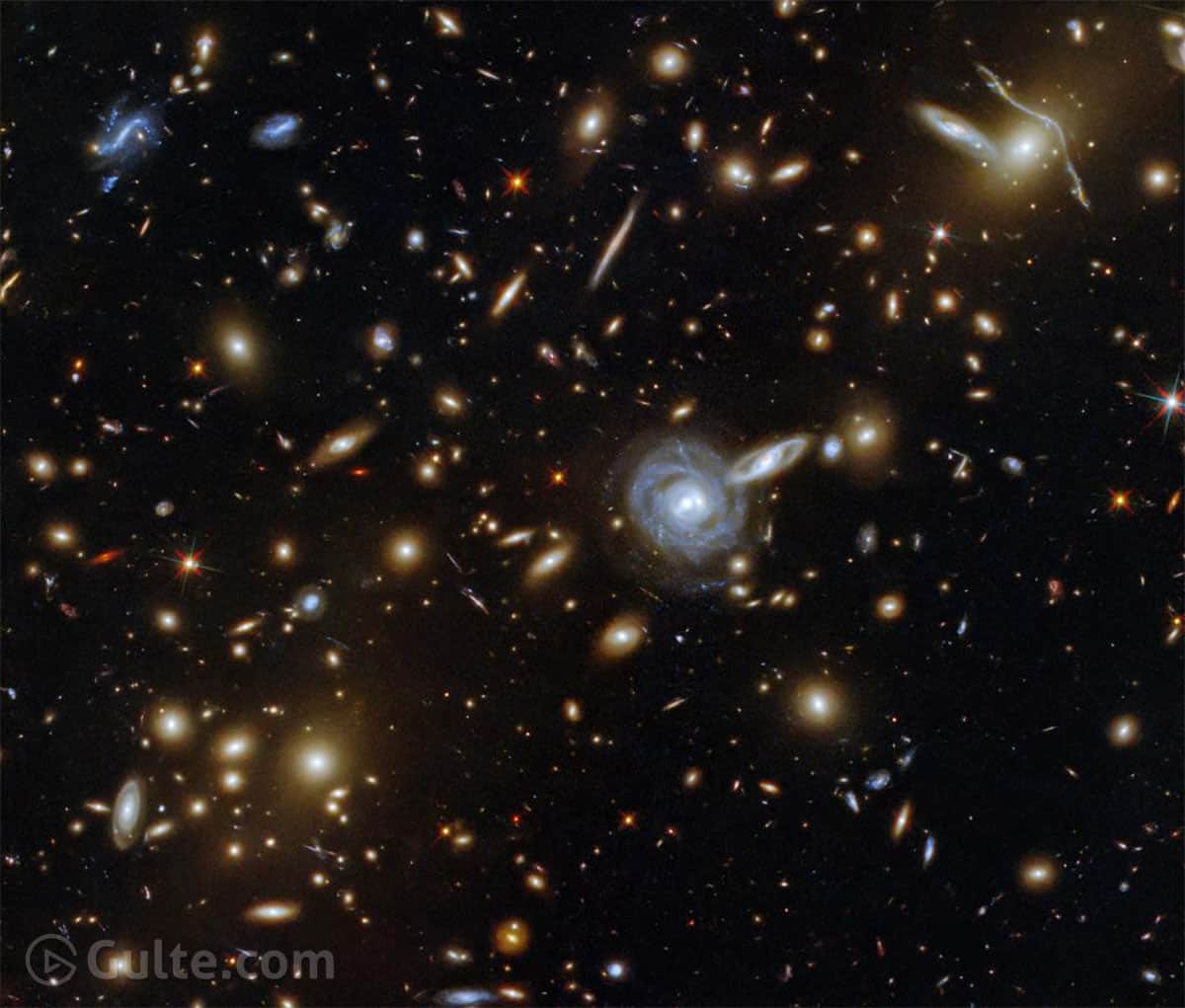 The US space agency NASA shared a stunning glimpse of a galaxy cluster taken by its Hubble Telescope. The image shows the galaxy cluster ACO S 295, which is 3.5 billion light-years away from the Earth. It also conveys how incredible and infinite the universe actually is.

“It’s time to peer into the universe… This @NASAHubble. image is swarming with galaxies housing an abundance of new worlds!” NASA tweets. The picture is indeed mind-bogglingly vast and the galaxy cluster dominates “the center of this image, both visually and physically”.

In a statement, the US space agency further elaborated about galaxy cluster: “This packed image taken with the NASA/ESA Hubble Space Telescope showcases the galaxy cluster ACO S 295, as well as a jostling crowd of background galaxies and foreground stars. Galaxies of all shapes and sizes populate this image, ranging from stately spirals to fuzzy ellipticals. This galactic menagerie boasts a range of orientations and sizes, with spiral galaxies such as the one at the center of this image appearing almost face on, and some edge-on spiral galaxies visible only as thin slivers of light.”

The viral and breathtaking image certainly gave chills telling us how insignificant are we in the universe. The statement by NASA further read “The cluster’s huge mass has gravitationally lensed the light from background galaxies, distorting and smearing their shapes. In addition to providing astronomers with a natural magnifying glass with which to study distant galaxies, gravitational lensing has subtly framed the center of this image, producing a visually striking scene”.

To the unversed, the Hubble Space telescope’s working principle is quite old and optics. It was way back in 1672 when a paper on the Cassegrain telescope was published. It is a reflecting type telescope that aims at creating a much longer focal length in a mechanically small system. Hubble Telescope uses just a developed variant of the Cassegrain one. It uses hyperbolic mirrors for both primary as well as secondary ones. In layman’s language, this variant eliminates a few aberrations and increases its effective field of view.

Scientists have used Hubble to observe some of the most distant stars and galaxies as well as the planets in the solar system. The telescope has made over 1.4 million observations in its lifetime. HST has given shreds of evidence of Dark matter introduced us to different moons, galaxies, the birth of stars, ageing and dying stars, also the evil light sucking black holes and many more on the list. About 15000 papers are published till now on the basis of data of HST. It has changed our fundamental understanding of the cosmos. It has been one of the most faithful creations of mankind.