Viral: A Bystander Slaps French President In The Face 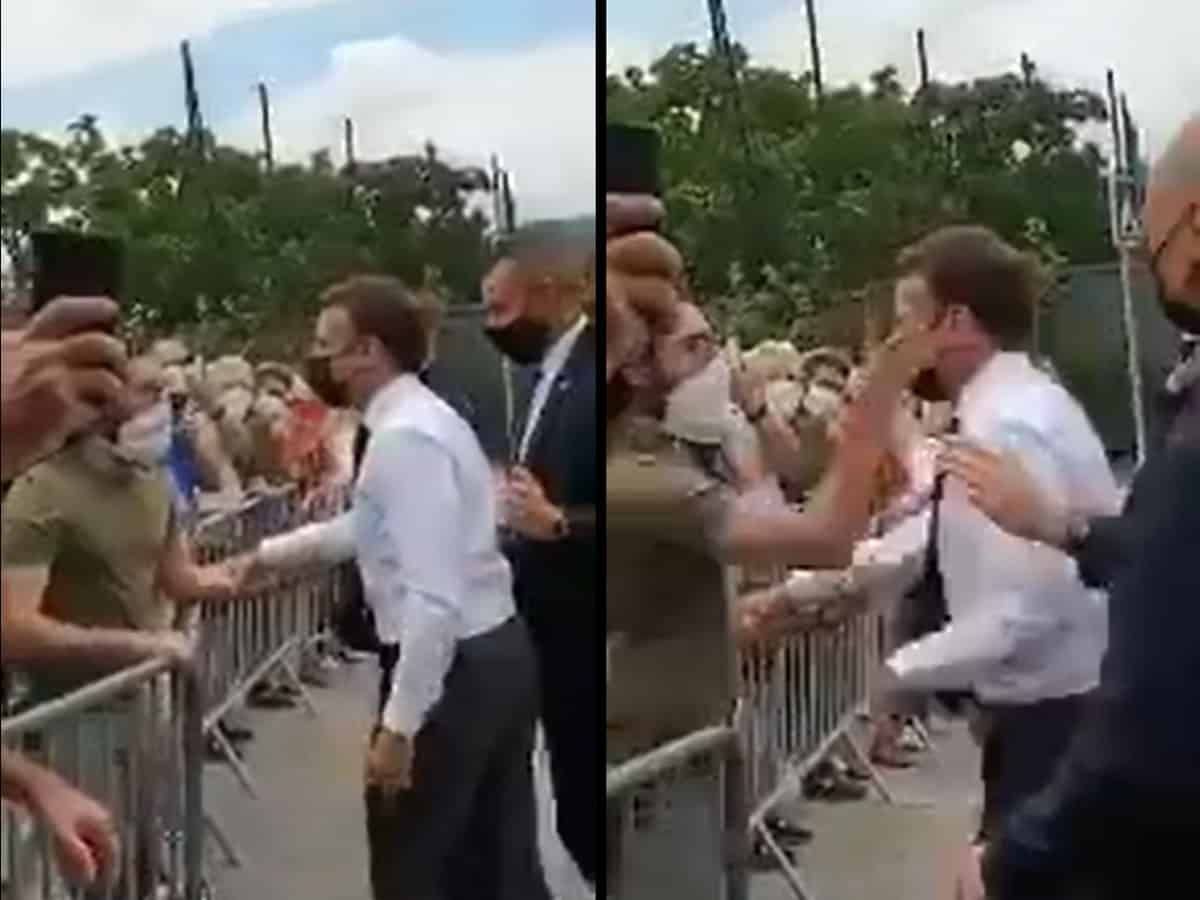 In a shocking viral video, a bystander slapped French President Emmanuel Macron in the face during the latter’s trip to Southeast France as a part of his nationwide tour.

The video that emerged on social media, shows Macron approaching a barrier to greet a man, but gets slapped across the face instead of a hand-shake. President’s bodyguards quickly reacted and two people were arrested in the incident.

The slapping incident happened in the village of Tain-L’Hermitage in the Drom region. While the intention of the president’s tour was to take the country’s pulse, this incident caught more attention.