Fans Believe They have Spotted Vamika In This Viral Pic 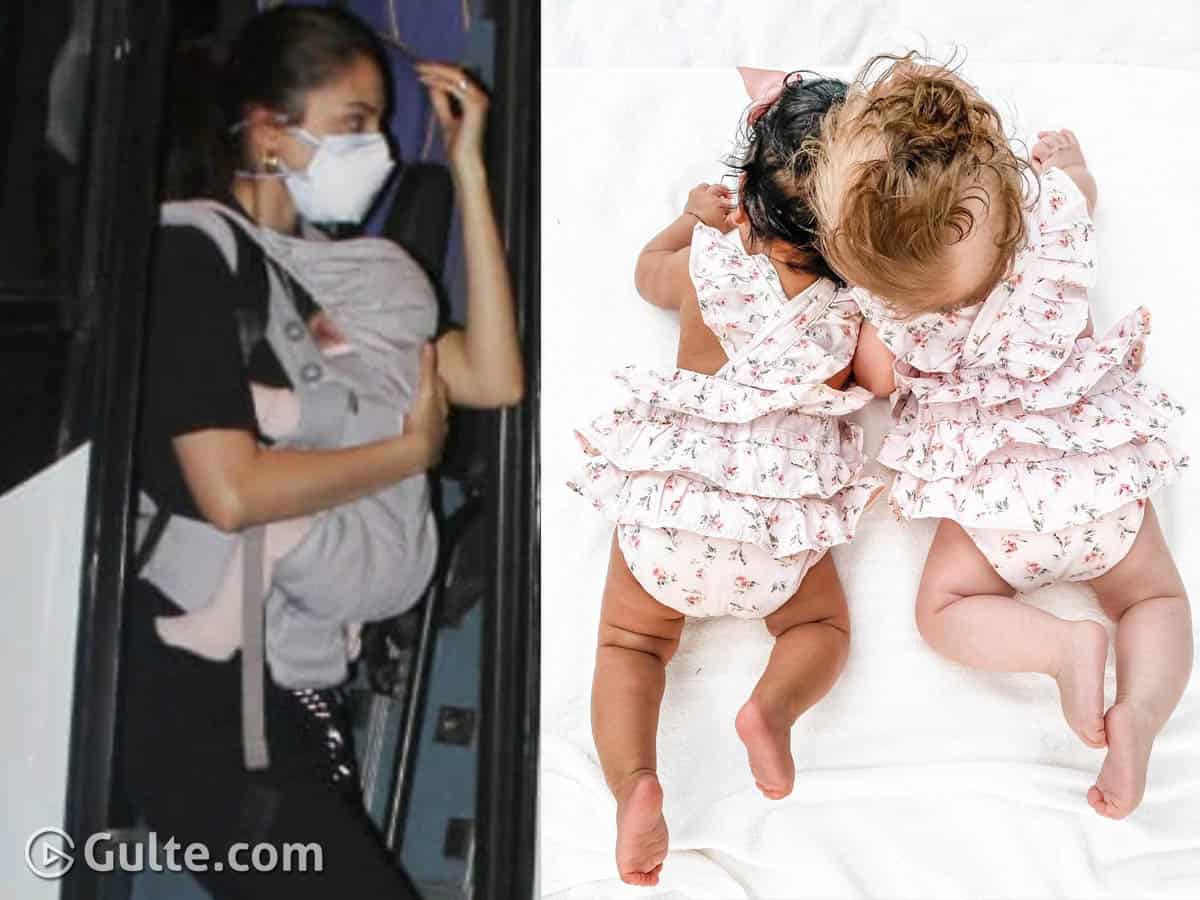 It is clear that Virat Kohli and Anushka Sharma have decided to place a privacy barrier around their newborn for a while. But fans managed to have a blink-and-miss view of the cute Vamika earlier. However, netizens are still eagerly waiting to have a clear view of the baby girl. Amid the scrutiny, the eagle-eyes fans could succeed in finding a photo of Vamika along with AB De Villiers’s daughter.

After a couple of days, where Anushka Sharma was seen holding Vamika and posing alongside AB De Villeirs’ wife Danielle with their baby girl Yente went viral, another unseen picture of the two little girls is breaking the internet. Danielle posted a picture of two girls, yenta and presumed to be Vamika, twinning in white frocks and clicked from the top, meticulously choosing to not reveal their faces.

The two cuties can be seen relishing their tummy time. Danielle captioned “Baby hugs and cuddles for her very first friend”. One user wrote. “Her first friend is Vamika for sure”. Another user convincingly wrote, “Only Virt sir and AB sir had newborn babies during the ipl So I guess another reason to believe that she is Vamika”. Also, Anushka Sharma commented with a heart emoji and liked the picture, which she rarely does on Danielle’s posts.

Now that fans believe they did spot Vamika with this unseen picture, it is yet to be confirmed. Until then, let us believe it is Vamika because the girl’s face is not revealed, which is a strong suit of Virushka ever since Vamika was born. The couple often decided to shield their baby face from social media and have been successful in doing so.