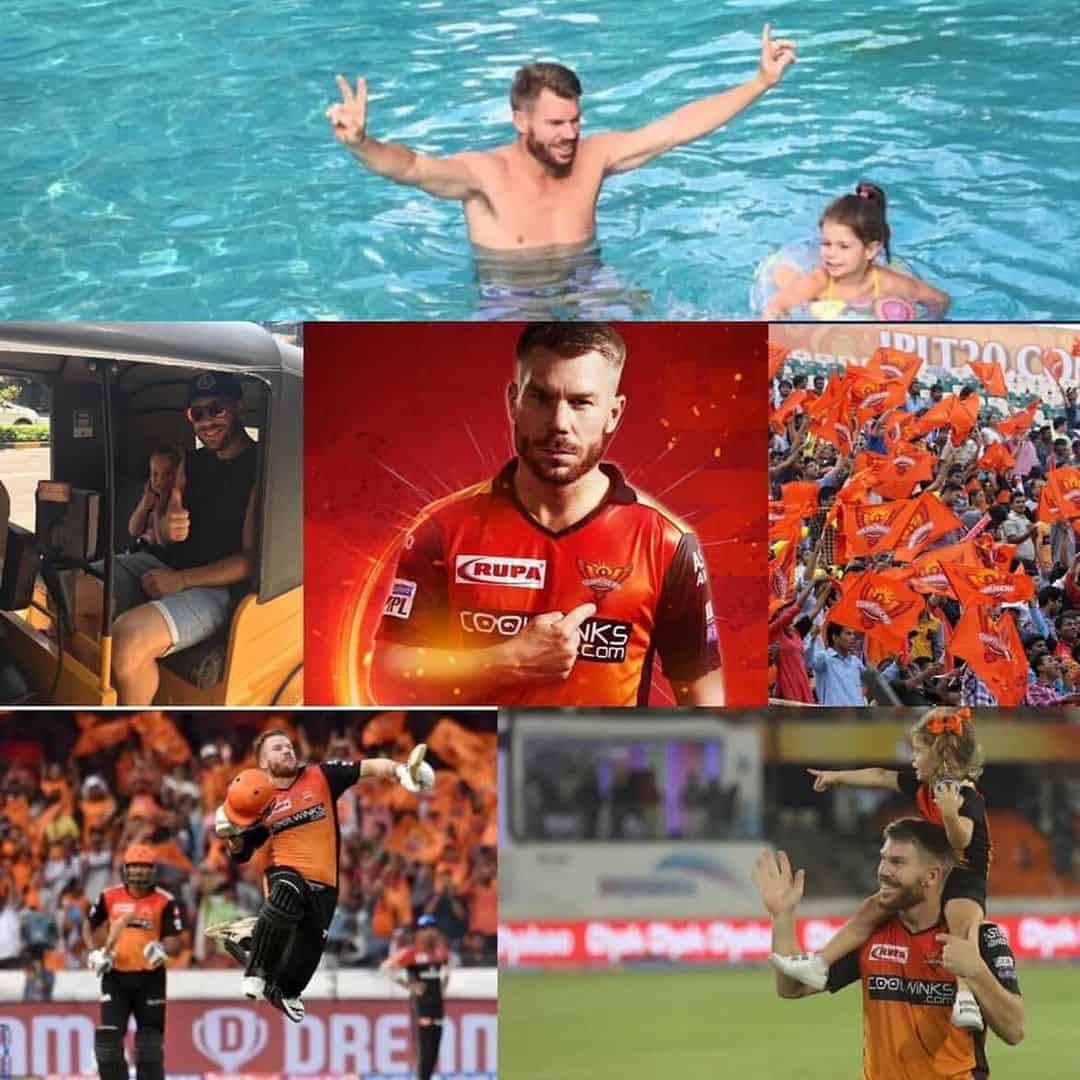 Australian cricketer and ex-SRH skipper David Warner on Wednesday reminisced his stay in India during the Indian Premier League (IPL). Warner has immense love and respect for India and looks like he also cannot stop thinking about his favourite city Hyderabad. He penned down a heartfelt message for his fans on Instagram in Telugu along with a collage of images.

It gives us immense contentment to learn that Warner’s favourite city is Hyderabad and has been reliving his times here. Hyderabad was ranked as the best city in India for the fourth time in a row as per the Mercer’s Quality of Living Rankings 2018. Ergo, we feel you, Warner! Hyderabad also ranks 142 in city rankings across the globe and there can be no one who does not go back from the city without falling for it.

The heartfelt post by Warner touched his fans. “We love you even though you do google translate copy paste,” wrote a user. “Hyderabad’s heartbeat David Warne,” read another comment on the post. “Love from Hyderabad,” wrote a fan. On the sports front, Warner has opted out from Australia’s upcoming limited-overs tour of the West Indies and Bangladesh along with Pat Cummins, Glenn Maxwell, Marcus Stoinis, Jhye Richardson and Kane Richardson from the Aussie team.