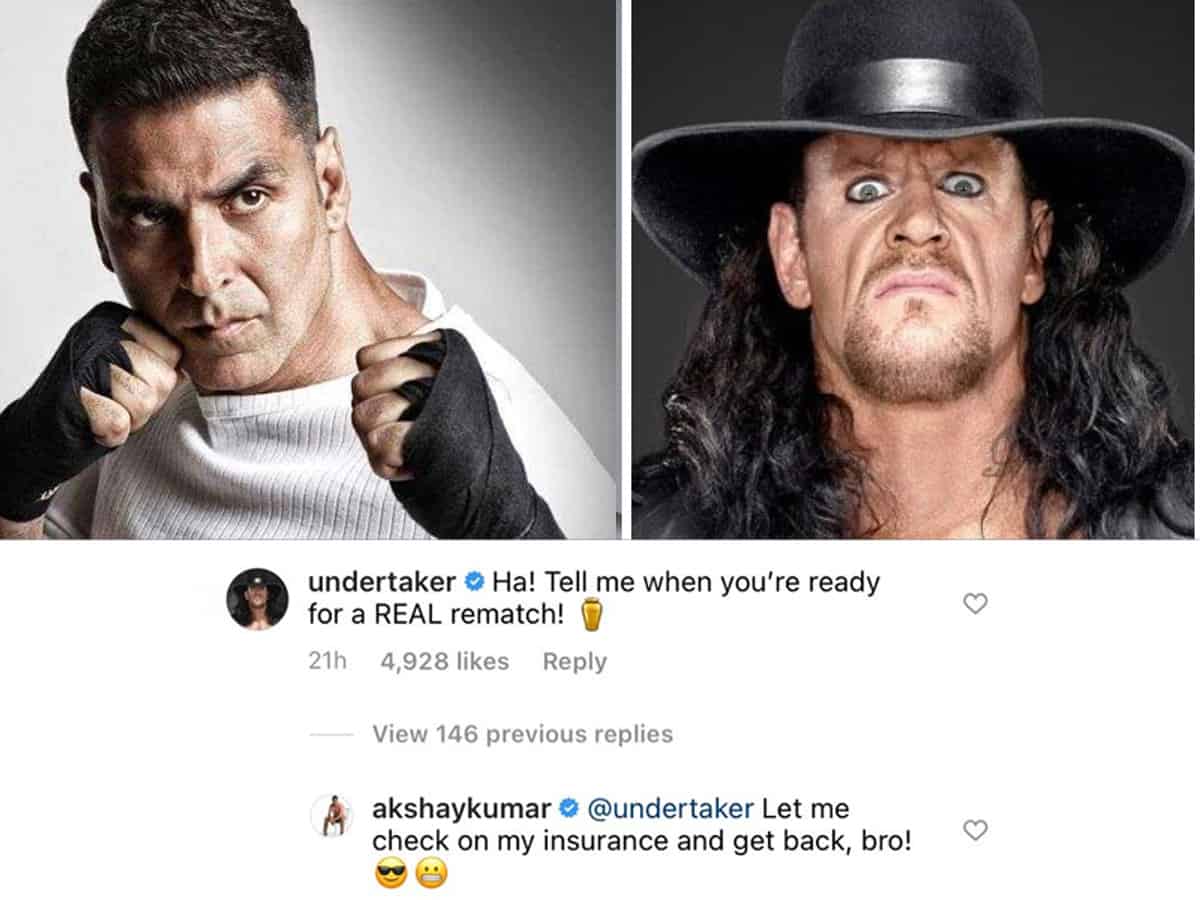 Bollywood Superstar Akshay Kumar celebrated the 25 years of his movie Khiladiyo Ka Khiladi’s release earlier this week. The actor shared a meme to mark the occasion, that Akshay claims to have fought and beaten The Undertaker.

Actually, Akshay Kumar acted in some intense action scenes in the movie with the actor-wrestler named Brian lee who had just played The Undertaker in the movie, but not the real Undertaker Mark Calaway.

Akshay’s reply is equally interesting, as he wrote, ‘Let me check on my insurance and get back, bro!’

WWE and WWE India official Twitter handles shared the meme and the conversation of Indian film superstar and the wrestling icon calling it interesting.