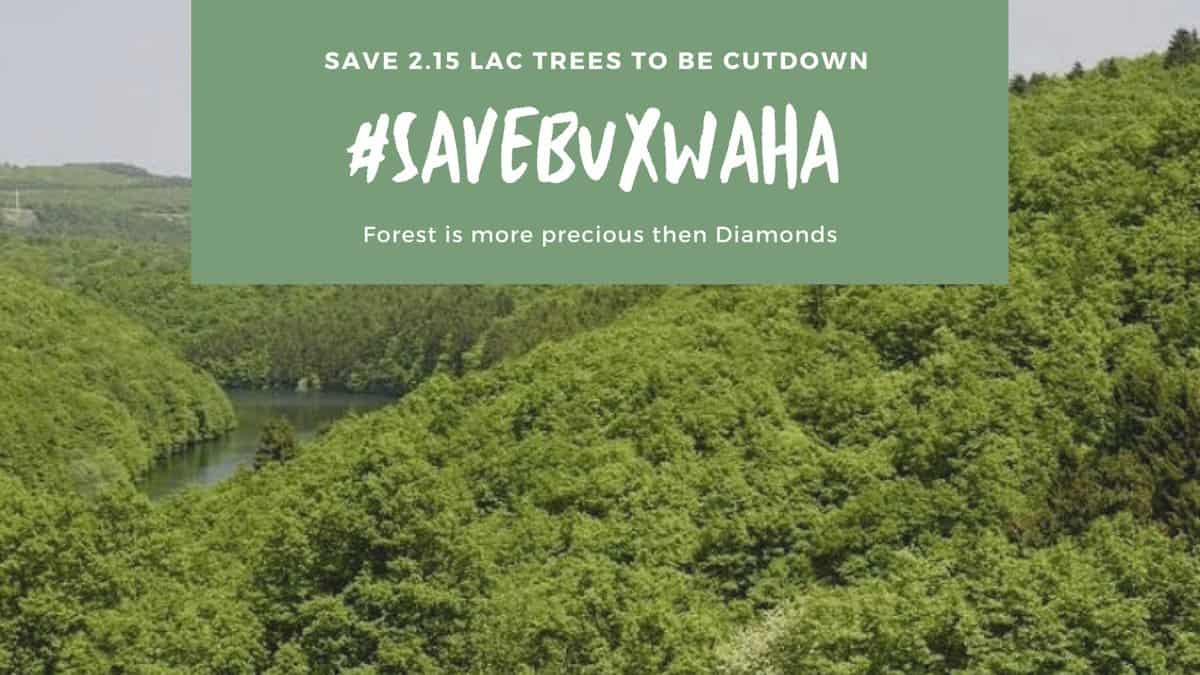 It is a known fact that Madhya Pradesh’s Chhatarpur district is on news for the past couple of months for the mining project dealt by the Aditya Birla Group’s Essel Mining & Industries Limited that would make a harmful and ruinous impact on the Buxwaha forest and would lead to losing more than 2,00,000 trees. The Rs 55,000 crore project is laid out across 364 hectares of forest land where a total of 2,15,875 trees would have to be cut down for the proposed mining project. The area is estimated to have 34 million carats of rough diamonds.

The Chief Justice of MP high court Mohd Rafiq has issued notices to the central and the state government along with the company which gave the contract for diamond mining in the Buxwaha forests of Chhatarpur district. A notice has been issued as a response to a PIL seeking cancellation of the mining contract by an advocate as the act would lead to destroying more than 2 lakh trees in the forest which, in turn, ruin the ecological balance in the Bundelkhand region.

The PIL filed by an advocate, Sudeep Singh Sainy, read, “382-hectare land has been leased out to the company, for 50 years the diamond mining project would lead to complete destruction of Buxwah forests, which would affect not only the human lives in the Bundelkhand region but also the wildlife in the forests. Describing the project to be an environmental catastrophe the petitioner said that forests take hundreds of years to develop, they provide shelter to the wild animals and oxygen to human beings. If the forests and wildlife are destroyed at Buxwaha, the ecological balance in the region would also be destroyed”.

About Save Buxwaha Forest Campaign: One lakh and twelve thousand people from all over the country including Madhya Pradesh have come forward to save 2.15 Lakh trees to be cut for the Buxwaha diamond mine in Chhatarpur, Madhya Pradesh. On World Environment Day, a countrywide online campaign was launched for the conservation of the Buxwaha forest. It was done by the group named Without Nature Dark Future who aimed to save the forest from being chopped down to initiate diamond mining.

More than 5000 people turned out as participants and various videos of the campaign were shared on social media. They were also viewed by more than one million people on social media platforms. The voices were against more than 2.15 lakh trees that would reach the chippers from around 382 hectares of land. Environmentalists are also questioning the move of the Government when a pandemic has already hit the country and low oxygen levels are a reason for people’s death.

It is stated that the firm plans to develop a fully mechanised opencast mine and set up a state-of-the-art processing plant for the recovery of diamonds with an investment of about ₹2500 crore. These forests have been estimated to contain 3.42 crore carat diamonds, which are said to be 15 times that of emeralds. This news became trending on Twitter and expressed outrage over the fact that oxygen is important than diamond, especially in the pandemic. The company has targeted the execution of the mining lease by the end of the financial year 2022.