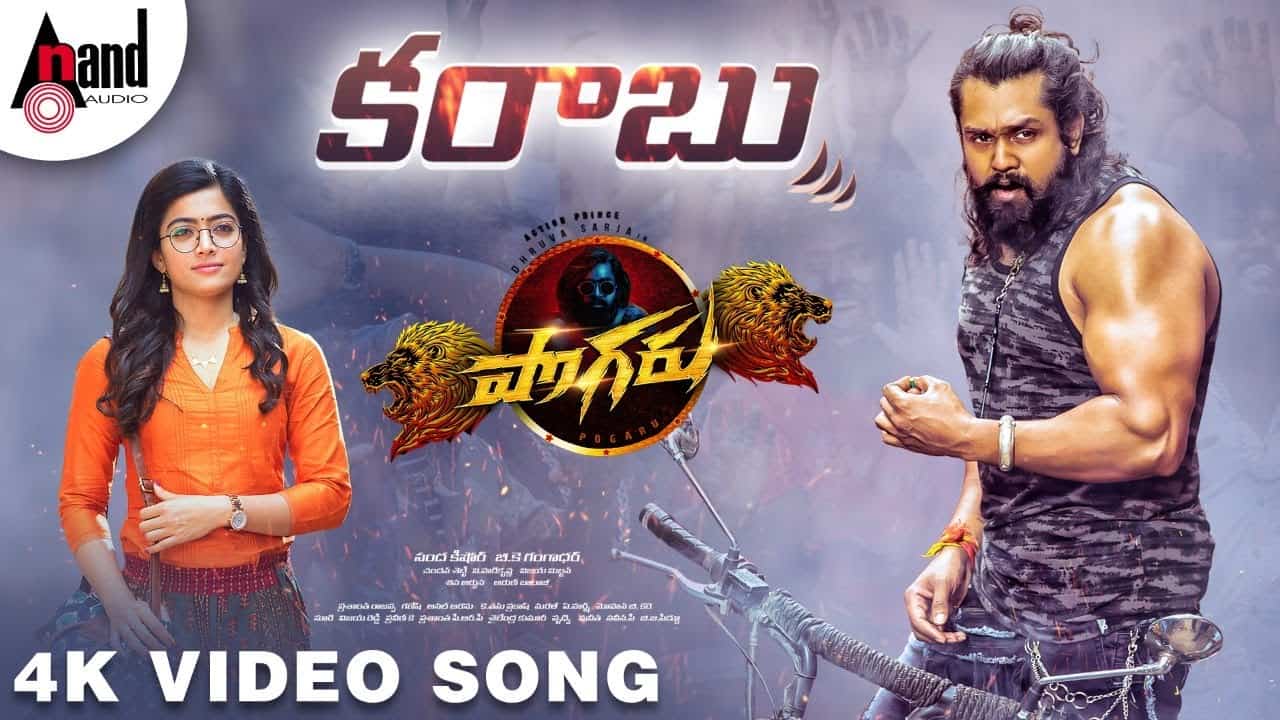 Dhruv Sarja who is fondly called as Hat Trick Prince by his fans is starring in a Pan India film for the first time. Titled Pogaru, the film directed by Nanda Kishore features Rashmika Mandanna playing female lead.

The makers of the film have begun promotions by releasing video of first song Karabuu today. The video shows Dhruv harassing Rashmika in the market. The song and the visuals actually elevate his evil behavior.

Dhruv also impresses with his dances, while Rashmika’s look is akin to her look in Chalo.

Music for the film is provided by Chandan Shetty.