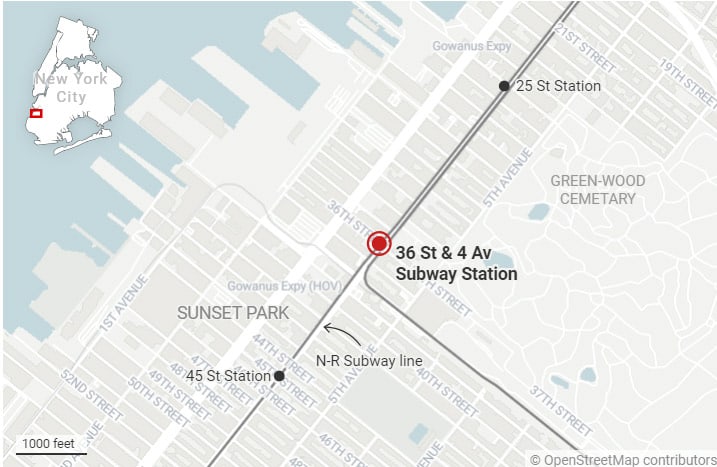 Eight people were shot and eight others were reportedly injured in a subway shooting at Brooklyn station in New York.

A man wearing a gas mask took a canister out of his bag and opened it. After the train began to fill with smoke, he opened fire striking multiple people on the subway and in the platform.

The suspect is described as a heavy build Black male, wearing a green construction-type vest with a hooded grey sweatshirt.

There were no life-threatening injuries so far, according to the NYPD.