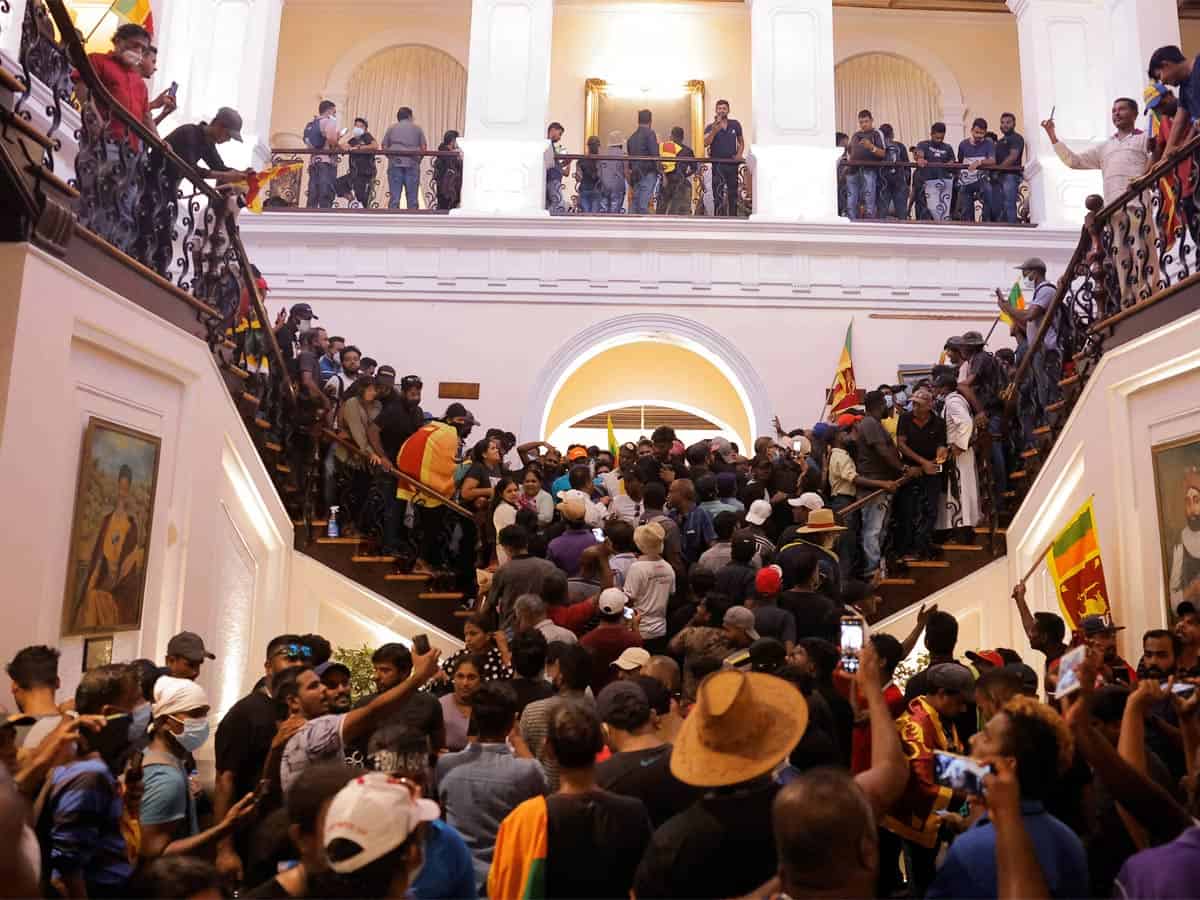 Amid the political and economic crisis in Sri Lanka, the Prime Minister Ranil Wickremesinghe’s house in Colombo was set on fire today by protestors. They even damaged the vehicles belonging to the Prime Minister.

After thousands of people barged into Sri Lanka President’s office today, Prime minister Ranil Wickremesinghe has announced that he will resign from his post in order to ‘ensure the continuation of the government including the safety of all citizens.’

The President Gotabaya Rajapaksa will resign next Wednesday, after months of protest against him. The Speaker will become the President for 30 days during and the Parliament will elect a new leader. He reportedly fled the country after the protestors stormed into his residence and official building. His whereabouts are unknown and protestors have now occupied both his office and official residence.

Videos are surfacing on the internet that have suitcases being loaded on a Sri Lanka Navy ship, which allegedly belongs to President Rajapaksa. Hundreds of people were seen walking into the presidential palace during the protests. At least 30 people including two policemen were injured in the clashes.